In the spirit of October and Halloween, here are my scariest moments of 2015. 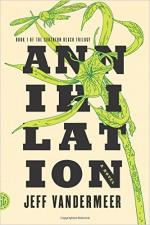 The end of Annihilation by Jeff VanderMeer was such a unique moment, I was riveted—curious as well as horrified, caught up in a scene that was so different, it was almost too much to process. Which is, essentially, what the protagonist (the biologist) was witnessing. There was something about the revelations of that moment, and the ways the violence and slippery reality overwhelmed. There was a beauty at the center of this ending, as well, and even though this book is the first of a trilogy, it had a profound impact on me. I’ve re-read the end several times, and it’s poetic, and brutal at the same time. 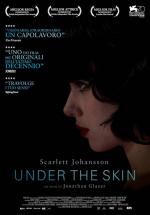 It took me too long to get to this film, but wow, do I have a new respect for Scarlett Johansson. This movie, from start to finish, was a beautiful and unnerving arthouse production that utilizes all of the senses. The music and sound, as well as abstract visuals communicate a great deal to the reader. For much of the film we aren’t sure what’s going on, but in the final moments all is revealed. The opening of this film is one of the best I’ve seen in recent years, and throughout the experience is both isolating and educational, touching and disturbing. One of the best movies I’ve seen in a long time, courtesy of A24 Films. 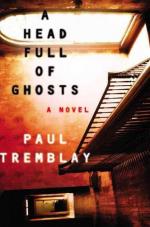 A HEAD FULL OF GHOSTS

I’ve been a fan of Paul Tremblay’s writing for a long time, and his newest novel is a powerful read. If you’ve read Sara Gran’s Come Closer, then you’ve had a similar experience of a subtle possession, the ways that evil can manifest, and slip into our lives. When there’s nothing you can do, that classic horror film trope of the monster coming, and coming, and never stopping—that’s a pretty unsettling place to sit. What I love most about this book, I think, it the perspective of the protagonist, and how at the end, there are so many questions, interpretations left to the reader—all of them disturbing. A Head Full of Ghosts is a wonderful book that packs a psychological punch. 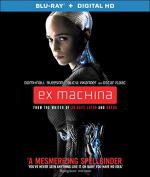 Another A24 Films production, this movie is a stylistic adventure, this time focusing on artificial intelligence (AI) in the form of an alluring female robot. There will be comparisons to Blade Runner, one of my favorite films, but this movie really stands on its own two feet. The setting, the actors, the plot—it’s unnerving at times, the end of this film echoing out into the future, the tension and fear throughout palpable at times. For some reason I kept seeing the final moments of Invasion of the Body Snatchers in my head. If you’ve seen that film you know what I mean. 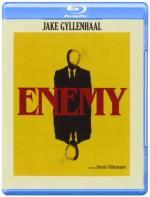 Yes, I’ve been working my way through the A24 Films catalog, and this weird little flick was very cool, the truth so slippery and elusive, the idea of finding your doppelganger in the world a compelling one, until the narrative starts to unravel, nothing as it seems. I loved Jake Gyllenhaal in this movie, and there are some bizarre moments scattered throughout that will really make you sit up and take notice. It’s been a long time since I’ve actually been punked by a jump scare, but there was one in this movie, and I don’t even want to tell you when, that really got me—I think I might have made a noise, some sort of little scream. All of these A24 Films are giving what I’ve been asking for—original storytelling that is unpredictable and innovative, while not being weird just for the sake of weirdness. 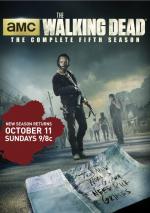 I’m still getting caught up, almost done with season five, but I really do love this show. While they aren’t quite as cruel as Game of Thrones, the characters that were lost this year, and the ways they went—man, I definitely worked up some tears, sad to see some of them go. The story continues to keep me on my toes, certain truths turning into lies, new characters slipping in, the core unit always searching for something to believe in, which is usually ripped out from under them. I do think they’ve been able to maintain the tension, which is really difficult, while still getting us to care, to continue to care. I don’t think it’s jumped the shark yet. 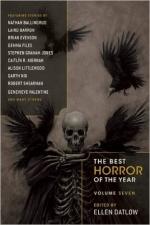 BEST HORROR OF THE YEAR

If you write horror stories, or even if you don’t write at all, you definitely need to read the best of the year anthologies that are coming out. I mean, like religiously read them. I essentially buy every anthology that Ellen Datlow edits—when I think of my own editing work, she’s the carrot that leads my cart, showing me the way to do it, her aesthetic not always mirroring mine, but the stories she selects for Best Horror of the Year are amazing. I just finished number seven, and of course I have to mention Stephen Graham Jones, he always shocks and amazes, but there is also fantastic work in here by Brian Evenson, Laird Barron, Nathan Ballingrud, Genevieve Valentine, Livia Llewellyn, Rio Youers, and Garth Nix. If you want to see how to write contemporary horror, this is the place to go. What I also love is that I always find a new voice or two, and when they’re writing at this level, that’s always a good thing for a student of dark fiction like myself. 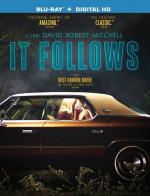 When people talk about classic horror, I think of films like The Omen, The Exorcist, The Thing, Halloween, Texas Chainsaw Massacre, Friday the 13th, Nightmare on Elm Street, The Shining, and Amityville Horror. Those are the movies that I grew up watching. The style of those films, primarily in the 1970s and 1980s (if my memory is correct) is one that has a place in my heart, and I certainly got that vibe from It Follows. The relentless pursuit of the creature, that’s a classic formula for success, and this film kept me on the edge of my seat (even if the ending wasn’t quite as powerful as I wanted it to be). 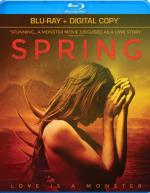 I wasn’t sure what to expect from this movie but it certainly delivered. The way it mixed horror and beauty, tension and romance, showing us a little peek at the horror here and there, and then totally unfurling it later in the story, was a fantastic and unique way to tell this tale. There were several moments that made the hair raise on my neck, and as always, the ending was a build up that didn’t disappoint (although I’m sure some would have preferred a different conclusion). Being set in Italy also added a lot to the feeling of a stranger in a strange land, for most American viewers, I think, the actors doing an amazing job of keeping the storytelling fresh. 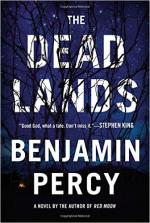 I’ve been talking about Benjamin Percy for a long time, and if you haven’t read his previous books (Refresh, Refresh, which is a collection, as well as The Wilding and Red Moon) you are missing out. A post-apocalyptic Lewis and Clark retelling, this book is a mix of The Stand and Swan Song, with a wide range of bizarre creatures, and tension throughout. When you build so much hope into an epic journey, as Ben does in this book, every loss is a major one, the horror we witness, the pain and suffering, it stacks up like a cord of wood, the longing for warmth and peace at a bonfire built from our sadness and despair, a bittersweet moment at the end of an exhausting adventure. The Dead Lands is one of my favorite books of the year.

Well, those are my moments of 2015—what did I miss? What’s coming up next? I know I’m keeping an eye out for The Witch in 2016. What scared you this year, old or new? What was innovative and unique, what made you scream in the shadows or cry in the darkness? Misery loves company, you know.

Dino Parenti from Los Angeles is reading Everything He Gets His Hands On October 23, 2015 - 7:43am

Great list! I still need to see Spring, but now I want to catch Enemy as well.

For sure, Dino, I think you'll love both.

Joshua Chaplinsky from New York is reading a lot more during the quarantine October 23, 2015 - 8:17am

Enemy and Spring were great. I thought It Follows was highly overrated.

I watched Ex-Machina, It follows and tried to watch Under the Skin. They were too slow for me.

I'd like to get back into horror if I can. It takes me more than it used to, and after a point I found gross out horror particularly tiresome.

If it were micro-existential personal revelatory plots with Shamalamadingdang twists that might be different.