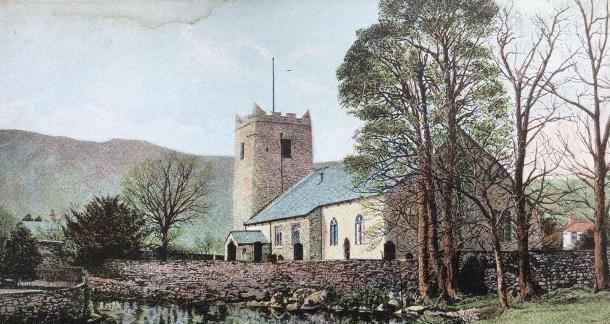 Religion, politics, money, favorite ice-cream flavor—these are topics everyone feels strongly about. They matter. People host a variety of opinions based on them.

Writers especially allow their personal views to drive their work, and they should. What is the point of storytelling if not to impart some kind of thought, some idea that can lead people toward better lives or new avenues of experience?

Sure, escapism is popular right now. But even fluffy fantasy books host meaning, whether intended or not. Readers always draw parallels. Sometimes a simple line can lead to elaborate interpretations that leave most people scratching their heads.

Most writers get into the craft to make an impact. Many obsess over the "power of words" and "changing the world." They watch Dead Poets Society or Finding Neverland and suddenly feel a swelling sense of importance. The ego inflates. The urge to show readers truth and wisdom refuses to let up.

Learning to pick our battles is what makes life interesting, and finding ways to do it with a style that deflects opposition is badass.

The soap box slides out and pretty soon the writer is imparting their personal beliefs to anyone and everyone. It’s only natural—warranted, even. A writer’s work must be their own. They have to put their passion into it for the words to be real.

Hey, it works for preachers.

But preachers know their audience. People who come to them do so willingly, ready to be told what to do.

Writers and their readers can be a different story.

Writers are everywhere. Sometimes I imagine there are more writers than readers. The market is so flooded right now that everyone struggles to have their voice heard. Appealing to a wide audience is the easiest road to being heard, appreciated, and respected.

It's okay for writers to slip their beliefs into their work, but this requires a skillful mix of subtlety, metaphor, and balance. They must deliver their point with authority and grace, lest they become the “crazy person” standing on Hollywood Boulevard screaming about how we should all repent, holding a sign that says: The end is near!!!

That person is entertaining the first time you see them, but after a few times you tune them out and walk on.

The current political climate and social media mentality lead many of us to believe that humanity is getting dumber, but global education and literacy rates are higher than ever. People are smarter than we give them credit for. Subtle messages allow readers to think for themselves and guide them toward certain ideas and questions without turning them off. Ideas are best served through the character’s journey. Let them build. Draw the issue out while adding humor and humanity.

If someone walks into work screaming about their religion, they won’t last long. That’s an HR nightmare. Learning to pick our battles is what makes life interesting, and finding ways to do it with a style that deflects opposition is badass.

A perfect approach to attacking an issue with subtlety is through metaphor and simile. Analogies are great. They draw comparisons that everyone can understand.

Instead of being so specific that entire groups of readers are alienated or downright pissed off due to conflicting opinions, metaphor points out the obvious without being condescending or overbearing. It allows us to avoid cramming our crap down other people’s throats ─ a practice that often leaves a bad taste.

My favorite recent example is the Whitney Cummings Netflix special. She is a lot to handle and she knows it. When she first started out she preached harder than Al Sharpton. She also annoyed a good amount of people. But over time she refined her approach. She worked at her craft and is now at the top of her game.

She still gets criticized. That’s unavoidable. If you’re not angering someone you’re doing something wrong.

Put your politics in your pants. Keep your religious beliefs...in your heart. Don’t count your money in public, and eat whatever the hell ice-cream you want.

And there will always be that one asshole who has to oppose even the most sensible views. If she said she likes cake, some jerk out there would come after her screaming, “What about pie? You don’t like pie?”

All contrarians aside, Whitney Cumming’s new stand-up is great. I specifically loved how she illustrated the similarities between men hitting on women at work and her inability to refrain from petting service dogs.

Both can be cute and fun. Both appreciate attention, but at the right time and place, and from the right people. It’s not okay to play with a service dog when they’re working because they’ve “got shit to do.” Same goes with women in the workplace. You want to ask us out at the end of our shift, sure. Send us silly emails during the day, okay. But that doesn't entitle you to anything.

Cumming's take is brilliant and hilarious and lightens the mood. Serious issues draw lines; humor makes it easier to understand why those lines exist.

Laughter provides a perfect balance. So do personal experiences delivered with sincerity, driven by a voice that isn’t petty or spiteful. Sometimes people read to escape the pressures and challenges of the world. Sometimes they read to educate themselves or look for new ideas. Finding the perfect balance of writing a good story while incorporating your take on the world is what builds bigger audiences.

Sure, angry Trump-hate stories are awesome, but they’re novelties. When he becomes irrelevant, will that message matter to anyone? Odds are… no. The message needs to be bigger than him.

Writing is an internal battle between conscience and aspiration. (Insert clichéd struggle of head vs heart here.) It is an art form driven by communication, not a dictatorship where writers order everyone around and tell them how to think, act, and feel. Respecting others’ right to disagree with your specific beliefs while still writing for them and everyone else is what makes literary greats.

Put your politics in your pants. Keep your religious beliefs, or lack thereof, in your heart. Don’t count your money in public, and eat whatever the hell ice-cream you want. Just don’t hate on someone who enjoys the flavors you’re allergic to.

Readers don’t pick up a book to be flung into the church of narcissism. It’s cool to incorporate specific views as needed, but please, please learn to know when it works and when it doesn’t.