Stop Laughing at Yourself: A Loud Legacy of Exclamations 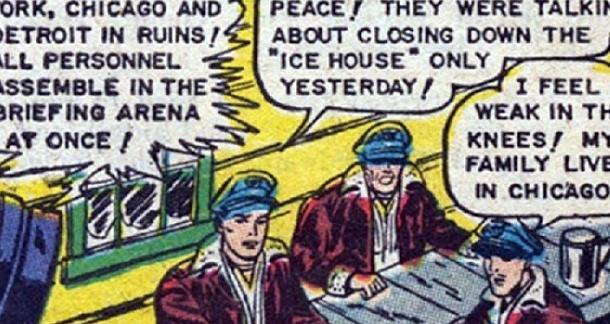 To repeat a quote that basically everyone on earth has heard already, F. Scott Fitzgerald once said that using an exclamation point “is like laughing at your own joke.” We’ve all known that person who suffers from inappropriate exclamation overuse. They sprinkle in an extra punctuation mark at the end of every paragraph, even with an occasional audacious smiley face dotting the tails of two in a row.

They are variously known as ‘screamers,’ ‘slammers,’ ‘boings’ and (my personal favorite) a ‘dog’s dick.’ But the more you think about exclamation points, the weirder they seem. Like the semantic satiation that occurs when you repeat a word over and over until it sounds foreign and meaningless, that line with a dot starts to look pretty bizarre after a few minutes. Is that what excitement looks like— a line with a dot? Who the hell designed it in the first place?

Is that what excitement looks like— a line with a dot? Who the hell designed it in the first place?

The origins of the exclamation point are surprisingly quiet for such an extroverted punctuation mark. There’s some speculation that they developed out of the Latin word “io,” which is an expression of joy. The word was spelled with an uppercase ‘I’ above the ‘o,’ forming what looked like a line with a circle beneath it.

Medieval copyists continued to use “io” to express wonderment, but slowly changed the ‘o’ to resemble a smaller dot. The first printers to come along in the 15th century use the symbol as a “sign of admiration.”

The exclamation point begins to show up in comic books as a way of designating raised voices or the firing of a gun. It finally gains its own space on keyboards in the 1970s. In 1967, an advertising executive named Martin K. Speckter tried to introduce the ‘interrobang,’ a combination of the exclamation point and question mark. The idea was that it could be used for rhetorical questions. Unfortunately, it didn’t quite stick (I blame the name entirely).

Exclamation points are used as operators in computer programming to designate what a variable does not equal. For instance, 4!=3 would be a true statement. They have also become a part of some hacker lexicons, and even Google recently began including exclamations in their promoted ads.

That hopefully illuminates at least some of the history behind the development of this most pugnacious of punctuation marks. Despite having a very clear purpose, however, the when and the where of proper exclamation use is still a bit nebulous. Are there any hard and fast rules for using exclamation points? The Associated Press advises:

Avoid overuse: Use a comma after mild interjections. End mildly exclamatory sentences with a period.

The Chicago Manual of Style also cautions writers to use it “sparingly” and the Oxford Dictionary plays it safe by inferring that while you’re free to gleefully shout at the top of your lungs wherever you please in a text or email, it’s best to “avoid using them in formal writing.” Exclamation points are like that relative who drinks too much and makes a scene every Thanksgiving or Christmas. You can handle Uncle Charlie when he’s at the house, in close proximity to his medicine and a mop, but taking him to a black-tie gala might not be the best idea.

A few years back, the slang term “bangorrhea” was coined in response to a perceived epidemic of interjection overuse. One of Terry Pratchett’s Discworld characters once connected five sequential exclamations to “a sure sign of someone who wears his underpants on his head.” Poor old Uncle Charlie. That is something he would do.

At the end of the day, it’s really up to the individual to use exclamation points responsibly. Perhaps their misuse rankles so much because it constitutes a social faux pas as much as a grammatical one. Consider the situation; if you were speaking aloud, what would the tone be? ‘Thanks for inviting me to the quinceañera!’ doesn’t look out of the ordinary, but change the context to ‘thanks for inviting me to the funeral!’ and your sentence becomes rather more dubious. When in doubt, it's probably best to leave it out.

I like using exclamation points to convey shock. I'm not against them really, they just look silly to me on the page.

for instance, in general:

"Good god" - context not withstanding, I see this as an exasperated, eye-rolling, "not this again" phrase.

Hi! Hope everyone is fine here, other than these chatting I would prefer to appreciate your efforts. You put all your knowledge into this grademiners reliable and make it worthful for the readers and can also be advantageous for the writers too. I would definitely prefer to read more articles from your part and so to enhance my knowledge as well.

This post thoroughly identifies with regular occasions, understudies and office laborers like these sort online journals. This site great wellspring of news, articles and get much data about this site. In which utilize great Kibin review and articles and openings for work and I discovered this blog for increasing much data and this webpage help me in day by day work.