Stop Being Lazy and Write Different Types of Characters 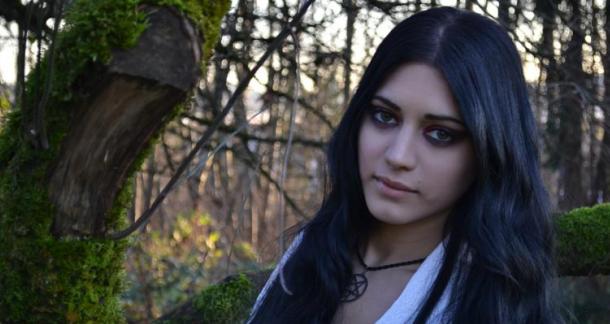 I’m Pagan. A Wiccanish weirdo who prefers my fires outside and my healing done with herbs, energy transference, and the occasional “potion.” I have yet to boil children in my cauldron. I don’t even find it necessary to own a traditional cauldron. Those things take forever to heat up.

I don’t ride my broom, I clean house with it like everybody else. There are countless Pagan Picnics held across the nation where everyone is welcome to see how kind, spirited, and normal most “witches” are. I’ve met more open-minded individuals than bigots when I've address this publicly, so why does the “evil witch” trope still thrive?

Other writers should never fear exploring or writing about these types of people. They just need to be respectful.

This is why the #OwnVoices movement exists. (I’m also bipolar, bisexual, 1/16th Native American—but aren’t we all?). People get tired of seeing themselves portrayed as unrealistic stereotypes. Unfortunately the reality of being a minority is that the majority of people don’t always relate to nuanced minority stories. Our differences are sometimes so deeply embedded in our culture that mainstream audiences just can’t understand.

I’m not a fan of rules that tell people they can’t write different types of characters. If you’re a Christian, Atheist, Pastafarian, or whatever—I want to see you write witches. I want to feel the characters as if they are as real as myself and my forgotten ancestors. Give me their history and why it affects them every day.

If you want to write about witches who are evil, either make them campy so I can at least laugh at them, or let their dark side reflect their internal demons. And don't overdo it, either. The paper-thin green goblin women with boils and blind hatred are old and moldy. It’s been done beyond death. It’s just pathetic at this point.

I love horror. It’s supposed to get under our skin. His hit, Hereditary, had its moments. I gave it a pass because I don’t mind an “evil witch” story every once in a while if it’s well done. Plus some of the silly effects at the end made me laugh so hard I thought my head was going to fall off.

But with the recent release of Midsommar, my Irish temper is glaring red.

He just did that. One would think he’d find something new and original to explore if he cared anything about artistry. But I guess he’s expected to go with what works. It just stinks because he took one of the brightest, happiest Pagan holidays and turned it into some stupid evil rite. Because there aren’t enough stereotypes out there or anything.

I wonder how monotheists would feel if I wrote that God just tortures humanity for fun because he’s a sick entity. What about Santa Clause as a rapist? Or the Pope as a kidnapper who molests children and puppies!

When it comes to writing minorities, people need to do their damn research. Hang out with who they are writing. Ask questions. Get to know the world they’re exploring, because every culture is its own world. The food, the music, the daily rituals are all based on a person’s upbringing, beliefs, and influences. If you don’t get that, then you have no business writing about those people.

Movements that encourage minorities to write their own stories are amazing, but mainstream coverage comes from universal storytelling. Parallels that connect everyone no matter what they look like or where their families come from. Other writers should never fear exploring or writing about these types of people. They just need to be respectful.

It comes naturally when you know what you’re doing. When I lived in an apartment complex with a lot of Hindi neighbors, I found myself writing them into my stories. It wasn’t on purpose—it happened because I was writing what I knew. I had become so comfortable and friendly with them that they deserved a place in my work.

Minorities are not commercial gold. They’re not here for marketing ploys or to amuse some boring person’s sense of virtue or self-importance. We are people. We have faults and redeeming qualities. That needs to be properly displayed. Some Pagans are assholes, some are as sweet and happy as rainbow butterflies. 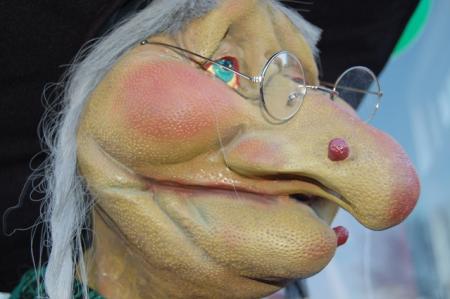 That’s the fun of it. No matter who we are, every group of people has their heroes and their villains. Pretending that witches are always evil ignores the healers, the Glendas, the individuals who work to create peace and hope.

On the flip side, I would never wish for all witches to be elevated to only saintly roles. We have our “poisoned apples.” When speaking in terms of equality, the true value behind that concept is that we are similar in our basic needs and wants. And sometimes we suck.

Instead of just swapping roles, developing characters and the worlds they inhabit is a much more artistic approach to storytelling. I wish Hollywood especially would consider this. I don’t want to see female Spiderman, I want new women superheroes. Ones who are badass enough to build their own fan bases without riding on someone else’s name. I mean, isn’t that just another form of sexism?

It’s insulting at the very least.

I don’t need to see The Wicked Witch of the West’s backstory; I want to see a different witch helping someone when they’re abandoned. Fighting with them to keep toxic people from destroying others. Let bad guys be bad guys, but give us some heroes of a different color. It’s not enough to just take an old character and slap a new price tag on them.

Is it really inclusive to cast people of color in roles written for white people, or should we be writing roles specifically for them?

I know that my personal fashion sense is based on enhancing my hair, skin, and features. It is part of who I am. To cast a thick haired woman in a role where she just combs her fingers through her locks and takes off would be ridiculous. So is the idea that certain big name authors magically throw out inferences that their cast is more diverse than they originally intended just because they didn’t specify and want to look good.

Sure, not giving details in writing can make it universal. And sometimes it is unnecessary to paint a specific picture. But for us big kids, the grown-ups who know ourselves and the world around us, we deserve more.

Library Love : The Sexy Librarian And Our Collective Imagination

Overcoming Object Love: How to Write Female Leads Who Are People

Avoiding Stereotypes When Writing Place (Even If That Place Is Home)