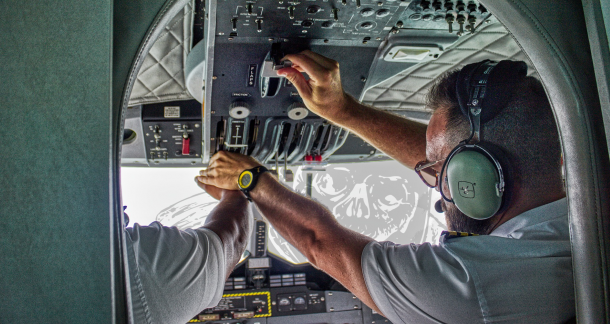 Too many horror story endings unravel like a half-assed mummy, fall apart like the chunks of a chainsawed traveler who gassed up in the wrong Texas town, or confuse the hell out of everyone like a Blair Witch Project remake that’s totally unnecessary, but I guess someone felt like a drone would really bring a lot to Blair Witch lore.

How can you avoid the most common slip-ups? What do readers hate? How can you stick the landing in your horror story?

Too many writers take the "good guys lose" option off the table too early in the writing process.

When you write with absolutely no chance that the good guys will lose, readers will get that vibe throughout the story, and the tension vanishes. If you take the stakes off the table, you’re left with a bunch of stupid asparagus, which only serves to make your ending stink as bad as your asparagus-steeped piss.

And they don't actually have to lose, I just need to feel, as a reader, that they might lose, that the possibility exists.

Nick Cutter’s book Little Heaven is a great example. Read it. Dathan Auerbach’s Bad Man works this way. Read it. In movies, Alien 3 is a good example, or you could try The Empire Strikes Back.

If The Object is the Answer

If your ending hinges on an object (or talisman, key, magic book, spell to recite, virgin willing to take a vampiric risk) solving the problem, then you’ve got two options.

Option 1: The object is revealed or accessed close to the end, and it’s spectacular, surprising, or unexpected in some way. Honestly, this isn’t my preference, but it’s do-able provided you deliver the goods.

Candyman 2 blows it on this one. We spend half the movie looking for some magic mirror, but it’s not special or weird, it’s just a regular hand mirror, and destroying it gives us exactly the expected result. No more dramatic than flipping a light switch (light switches are the crux of my horror movie, The Dad, which is about the ghost of a dad that haunts a house whenever a light is left on in an unoccupied room. If you just flip the lights off, he goes back to watching ghost football in the garage, which he “converted” by putting a lamp and an easy chair out there).

Option 2: The object is with us throughout most of the story, and it gains more and more significance so that by the end, it’s meaningful in ways beyond its ability to kill the monster. This is especially good if the object’s meaning changes throughout the story.

In Army of Darkness, the Necronomicon is the object Ash quests for. Then it’s an antagonist when he tries to get it from the graveyard. Then it brings on an army of the dead. Then it has to be protected. Then it’s used to send Ash back to his own time (sort of, mostly). The object stays the same, physically, but its meaning and purpose changes. Imagine how stupid Army of Darkness would be (in a bad way as opposed to its current greatness in stupidity) if Ash quests for the book, then uses it to get a magic cross necklace, then uses the magic cross necklace as a key to open a mausoleum...you get it. 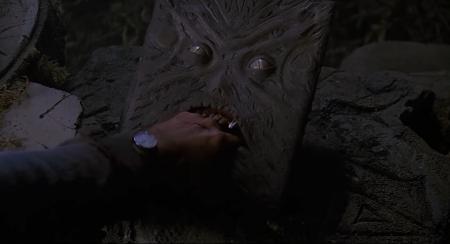 Using the same object, slathering on layers of meaning and significance, lets the reader invest in the object, so when it’s used to slay the monster, it's more triumphant, more interesting, and more fun.

Bad twist endings doom your story, and so-so-twists mostly go unnoticed. It’s only the best, most incredible twists that elevate your story, which is why I recommend the humble surprise over the full-blown twist.

The surprise is a cousin of the twist, but instead of forcing the reader to re-think everything they thought was true, it ups the ante just a little bit. The surprise is the Moneyball of endings: It’s a solid hitter, gets on base more than most, and even though it’s not hitting homers, you’ll wind up better off.

In The Monster Squad, the kids are readying to send Dracula back to...hell? Black Smoke Lightning Land? Whatever, and they need a virgin to read some passages from a book to make that happen. They enlist the older sister of one of the kids, the only female virgin they all know, to read the passages. When the magic doesn’t work, SURPRISE, they find out the sister isn't a virgin at the absolute most inconvenient time.

I didn't think I'd have to reveal this to an old man and my brother while holding a magic gizmo and trying to destroy a Dracula, but...

It doesn’t trainwreck the movie, doesn’t force the audience to reevaluate everything they thought they knew. It’s just a small surprise that keeps the tension high and adds a little more surprise, a little value to the ending. The thing you thought was going to work doesn't go exactly as planned.

Ending on a Death

I don’t love ending on a death. It’s most appropriate for horror or action, but it’s been co-opted by every genre and kind of worn out. Literary fiction likes to end on a death, and if literary fiction is doing it, you know it’s been done, well, to death. Death as the resolution of the problem is just so...expected.

If death is the easy way out, you're on the right track, and you can do better.

If you've written a story where the character's death is almost a kindness, a release, my compliments, and if you can, think of something worse than death. Something scarier. Some way for the terror to continue, or for death to be something other than the end of horrors for the character. If death is the easy way out, you're on the right track, and you can do better.

If you insist, if your story is going to end with a death no matter what I say, add something in, peppered throughout the story, some narrative device that can outlive your character and inform the reader about what happened next. Otherwise, you only have a couple options: afterlife or fade to black, neither of which are all that compelling. If you use a newspaper clipping, don't let this be your first. If this is a clip from TV, don't make this the first one.

Imagine an ending to The Ring where Naomi Watts doesn’t have a choice. Where she’s forced to dub the tape for her son, or where she’s unable to reach the equipment to do so. It’s completely plausible the story could’ve gone that way. I’m certain there was a studio discussion about whether or not our main character could do something bad, make a selfish choice that protects people she cares about while dooming some other unknown person. Her choice to do the wrong thing is what makes the ending work.

An ending where a character makes a calm, calculated, difficult, even bad choice might bring more to your story than ending with a series of scares with your character running from one moment of survival to the next. When it's a mad dash for safety, the readers is along for the ride, but the moment it ends, the feeling fades. When there’s a choice to be made, and only two bad options, the reader is invested in which the character will choose, and the ending sticks because the reader will wonder which road THEY would pick.

Writers focus on the opening to a story, and for good reason. It brings readers in.

If you do a fucking great ending to a story, it serves as a sales pitch for your next story. If I read someone, and if they do a mindblowing ending, I’ll tolerate more boredom at the beginning of their next piece because I have faith that it’ll be worthwhile. If I’m thinking about the ending of a book a week later, I’m reading something else by that writer, guaranteed.

Your opening sells your story to new readers. Your ending turns those new readers into fans.

Get Little Heaven by Nick Cutter at Bookshop or Amazon

Get Bad Man by Dathan Auerbach at Bookshop or Amazon

Get Alien 3: The Unproduced Screenplay by William Gibson at Bookshop or Amazon

"If you take the stakes off the table, you’re left with a bunch of stupid asparagus, which only serves to make your ending stink as bad as your asparagus-steeped piss." This sentence, *chef's kiss*.