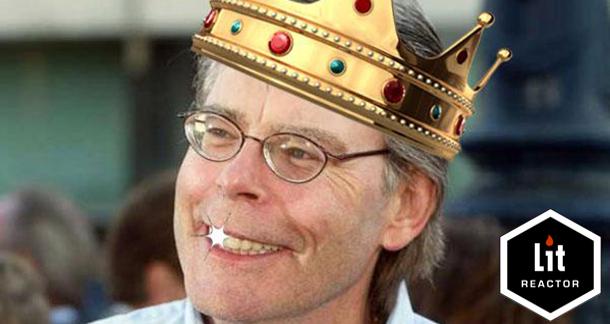 I consider myself a book collector. I have some signed books, a few first editions, a couple of rare releases, some stuff that's old but in great condition, and books by my favorite authors that are now out of print. However, the world of Stephen King book collecting is a whole different beast. If you have some time to waste, you can get online and dive into a hole that starts with lists of everything the man has ever published and guides on how to spot first editions.  At the bottom of that hole you'll find info on slight differences between the different editions, boutique publishers, forged signatures, rumors of valuable tomes lost in fires, and the finger King sacrificed to the Elder Gods in order to become a famous writer. In any case, for those willing to spend some money on a special King, first editions are available in most places and range from $200 all the way to $2,000—which is the price of the most expensive 1974 first edition of Carrie listed on Amazon (it claims to be new!). However, if you're more than a casual collector, if you're a true connoisseur, then those editions are nothing to you. If you have the moola and the desire, here's some truly special Kings to add to your collection. 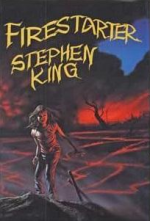 Let's begin on the low side of rare. There are only 700 of these floating around and the signatures are all authentic. Not a bad place to start your collection, right? 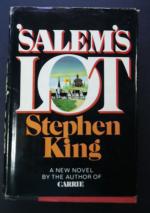 According to the description, not many hands have touched this one as it has been sitting in the same house for a quarter century. Furthermore, it is one of those rare books that has a mistake in it, and we all know mistakes mean big money when it comes to collectibles: "This is the 2nd issue dust jacket - very scarce because of the Father Cody mistake on the front flap (later corrected in the 3rd issue to Father Callahan) that was price clipped by Doubleday and repriced at $7.95 printed beside the publisher clip. The book has the required (to be a real 1st printing) Q37 code at the lower end of the gutter of the last text page." 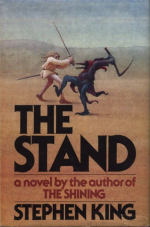 Reading the description of this one, it appears someone bought it, or got it as a gift, and stashed it away until now. Mint condition, basically, and that means a lot in the world of books. It's also signed and dedicated, which always drives the value up. I know how easy it is to ruin a dust jacket, so I'd love to see this one.

Buy this signed first edition of The Stand here. 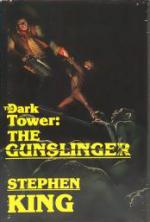 The Dark Tower books are expensive, especially signed first editions and complete sets in mint condition. However, the first book in the series is in a class all by itself. This signed copy, for example, is as expensive as some entire sets that aren't as special or in great condition. No matter what folks thought of the movie, the Dark Tower books will surely keep increasing in price as years go by, so get this one now and maybe you can sell it and retire in twenty years.

Buy this signed first edition of The Gunslinger here. 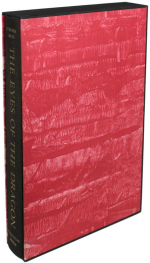 The story behind this one is kinda cool, so I'll just copy the description offered by AbeBooks:

Folio, illustrations by Kenneth R. Linkhauser, cloth-backed boards. 1276 copies printed of which this is one of 250 copies numbered in red ink reserved for private distribution by King. This is copy number 77. This copy has a signed presentation inscription by King on the title page. "For Michelle Slung - / with best wishes - hope you'll have a happy holiday season. I also hope you like this little story. Keep well, / Steve King / 12/6/84 /." "P.S. - Tabby says hello, and yes - my mother really did / say all those things. / S.K. /." Laid into this copy is a three page signed handwritten note from King to Michele Slung on small note paper (4" x 6"). The contents of the note refer to Michele Slung's upcoming book MOMILIES®, with some offerings by King of sayings from his Mother and the promise to supply a picture of his Mother when he returns to Maine. A warm personal note to a friend and colleague. The P.S. here in the book refers to sayings used in MOMILIES®, Michele Slung's collection of wit, wisdom and other sayings from Mothers. Michele Slung is also an editor and literary critic, she published Stephen King's story "The Revelations of 'Becka Paulson" in her anthology I SHUDDER AT YOUR TOUCH.

Buy this signed/limited/personalized copy of The Eyes of the Dragon here. 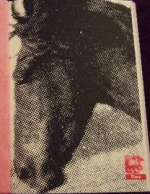 Instead of a regular or boutique press, this one was published by the Whitney Museum of American Art. The book contains illustrations by artist Barbara Kruger and is signed by both the artist and the author. The book is bound in stainless steel (which we need more of, publishers) with a red leather spine and has a digital clock mounted on the front aluminum panel. It also comes with an instruction booklet on how to change the battery and keep the metal looking new. Only 280 copies were published, and only 150 of those went up for sale. If you buy it, I want to touch it, so let me know.

Buy this signed/limited edition of My Pretty Pony here. 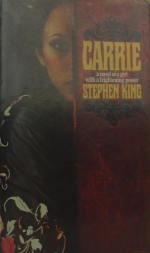 Another claiming to be in fine condition. Signed and sporting a dust jacket that is "vibrant in color, with NO fading, chips or pieces missing." It stayed that way because whoever had it made a custom-made collector’s slipcase for it. Signed to someone in Omaha. 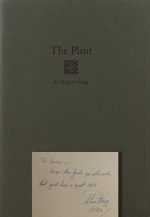 What determines a book's worth? A number of elements. In this case, rarity, age, being signed, the dedication, and even the strange differences between the three books add up to 14k. Here's the description: "Bangor, Maine: Philtrum Press, 1982, 1983, 1985. First, limited, and only editions—numbers 138, 130, and 122, respectively, of 200 numbered copies printed (from total editions of 226 copies each). 8vo. 32, 36, 56 pp. All three volumes bound in stiff green printed wrappers, Parts One and Two sewn, Part Three perfect-bound. All three volumes warmly and charmingly inscribed contemporaneously by King to his publisher's (Viking's) then-director of sales and marketing. A fine set." A fine set indeed. A bit pricey for me, but you go right ahead and get it.

But this set of The Plant here. 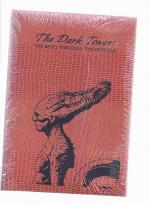 The Donald M. Grant editons from 1982 are pricey in whatever form you can find them. This is for a complete set that's signed and in perfect condition. Individual books also bring in a pretty penny if they're signed or in perfect condition, but I haven't been able to find a complete set that's not five figures. Hey, maybe the movie sucked, but the books are much, much better, so get on this. 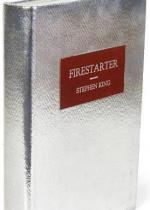 Also known as the Asbestos Firestarter, this one was published in 1980 and there are only 26 lettered copies in the world. Ironically, rumor has it one was lost in a fire. In any case, this is the one time in my life I've wished I had asbestos in my house.

I don't want to tell you how much time I spent on this piece because you'd judge my sanity. What I will say is this: these prices will change and new books will come on the market that alter every list available. I tried to give an idea of the range of prices and not repeat the same book, but I could have filled the entire list with Dark Tower books and not go below five figures. Also, this is one of those rare columns that I think won't make anyone angry, so let's talk books. What's the most valuable book on your shelves?

Dino Parenti from Los Angeles is reading Everything He Gets His Hands On October 4, 2017 - 8:12am

Great column! It's good to know there are others out there with 1st-edition fetishes. I keep kicking myself when, over ten years ago, I had a chance to buy a 1st-1st of Blood Meridian, by Cormac McCarthy for $2,000, and didn't just plop down my credit card. Then he goes and wins the Pulitzer for The Road, and suddenly I can't find a BM 1st for under 7k, and they now average between 8k-10k and up.

I have a paperback, advanced reader's copy of Hearts in Atlantis that is dated the year BEFORE it was released in hardcover.  Does anybody know anything about these advanced reader copies?