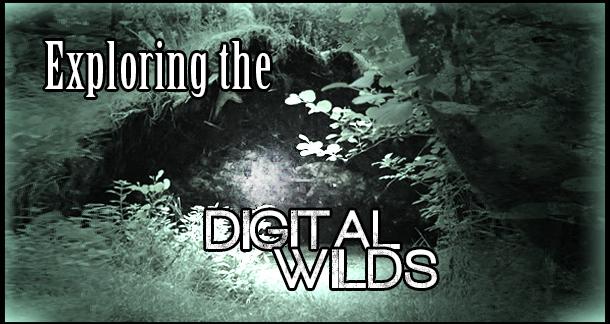 Telling stories is a part of human nature, but the way we tell those stories changes constantly. Once upon a time, neolithic cave-dwellers shared stories around the fire. This transformed into oral storytelling traditions, religious morality tales, representational drama, epic poetry, romances, novellas, and novels. Now the mode of storytelling is changing again thanks to our journey into the digital landscape.

Into the Digital Wilds

In many ways, the internet is the same sort of brave new world that the Americas once were. And like the American West, the internet is a vast, diverse landscape filled with strange customs, beautiful sights, danger and disease, the good and the bad that comes with lawlessness, perilous unknowns, and new opportunities.

Every field is adopting the web and adapting itself to these digital spaces, and storytelling is no exception. But will we really step away from formats as tried and trusted as the novel?

The Novel Idea of the Novel

We're so used to novels being the "correct" form of storytelling that we sometimes forget that novel means new. There isn't broad agreement on exactly when or exactly why the novel became the primary mode of storytelling, partially because there are so many contributing factors to this cultural change.

The same cultural factors that created the novel are shifting us away from that form in the internet era.

Technology—specifically movable type—is one obvious factor. In dramatically decreasing the cost of duplicating the written word, the printing press allowed the "common people" greater access to reading and simultaneously increased the monetary incentive for selling written work. Plus, in the 1600s and 1700s, changes in European legal systems led to lower censorship. Literacy increased with public education, and continued to rise in correlation to the rise of the novel. And those are just a few of the factors that have been identified.

As the novel became accepted as a mode of storytelling, writers experimented with the form, both re-shaping traditional stories for the new medium and diving into ideas that the novel opened for exploration. What we can tentatively call the modern novel rose between the late 1600s and the late 1700s. Yet such a broad definition ignores that for much of the 19th century, stories relied on the serialized format that was popularized by newspaper publications.

When the novel took the stage as our primary mode of storytelling, it was because of new technology, opportunities for profit, decreased censorship, and increased access for the general population. The same cultural factors that created the novel are shifting us away from that form in the internet era.

Largely with this shift in mind, I came up with a brilliant, original idea a few months ago. The idea was to use the web-based format of my blog to write a novel in a serialized format. Of course, as with most of my ideas, the brilliance quickly came into question and the originality was entirely disproved. As I started writing my story and researching ways I could reach a broader audience, I found trailblazers who had been experimenting with similar forms for years.

The New Modes of Storytelling

One of my best learning experiences came through chatting with John McCrae, the author of the popular web serial, Worm. McCrae had started his web serial as an attempt to rid himself of bad writing habits, and he had low expectations. He told me:

I hadn’t succeeded in writing anything beyond a few pages for years. And I knew from anecdotes that web serials don’t tend to build significant audiences. I told myself I’d be content with a handful of readers and a dozen views a day.

It took about six months for the project to pick up steam, but it's been gaining momentum ever since. Now, less than three years since the project began, the serial has a readership in the hundreds of thousands. Yet McCrae didn't advertise much. His focus was simply on delivering content.

McCrae was following a similar format to the traditional novel in that his work was separated into chapters. In many ways, however, it was far from what one would expect. Rather than being divided into books, it was divided into long story arcs. The work itself is impressively huge, totaling 1.75 million words—or the equivalent of roughly 7,000 printed pages of content over the course of two and a half years.

My own project is also fairly close to the format of a novel, though my goal is to make sections short enough that they can comfortably be read on the go. I found out during my research phase that this format even has a name: "cell phone serials," which are meant to come in digestible segments that can be read on the bus, while waiting in line, or while lounging around in the restroom.

But this is just the beginning. Many of the new forms being tried out are even more out there. For one, there's the entire ePublishing industry. There's The Order of the Stick and other narrative-based web-comics. There's Homestuck, which is almost impossible to classify within the boundaries of past concepts of storytelling. There's The Lizzy Bennet Diaries, which re-tells Pride and Prejudice as a video blog. And if you know of any other experimental stories worth checking out, I'm all ears. Share your favorites in the comments.

Okay, But How Do We Survive?

My own project is a gritty fantasy dubbed White Silk. There's a great deal I enjoy about the project: It lets me build a world in short increments, it challenges me to keep people reading to the next entry, it lets me link to expanded entries and bonus content, and it keeps me writing. One of the areas of concern for me, though, is ... well, getting paid.

Worm has hundreds of thousands of readers, and it still doesn't make enough money for McCrae to do it as his only gig. Yet he spends 50 hours each week on the project. It's true that Worm uses a donation-based mechanism that may be less than ideal: All of McCrae's project income is sent through a PayPal donation button. Plus, with Worm being complete, McCrae is likely to bring in some extra money by doing print and digital copies of different segments of the story. (If you want to find out more, you can read my full interview with John McCrae.)

In many ways, donation-based funding is the perfect mechanism. Worm was able to gain popularity while McCrae focused on making good content, and that wouldn't be nearly as possible if it wasn't free to read. Alternative models for monetizing the content would have come with major disadvantages: Advertising is a distraction and it pays almost nothing until you have hundreds of thousands of visitors, and selling merchandise requires that you create, sell, and ship merchandise.

Donations seem to be an increasingly good option for people who want to fund their creative projects. Crowd-funding through sites like Kickstarter and indiegogo is getting smarter, and there's a new wave of crowd-funding meant for ongoing projects: Patreon and Subbable are the two major sites on that front. These funding models also integrate rewards that allow contributors to feel like more than just generous benefactors.

What will actually work? Will free, web-based storytelling become a viable option? I don't know, and I'm desperately curious. You can check out the White Silk support page to see the ideas I'm toying with for getting support on my own project. And, again, if you know of any other funding models, if you have some awesome ideas, or if you just want to share your opinion, I'd love to hear your thoughts in the comments.

In Neil Gaiman's London Book Fair keynote speech, he told the story of a man who bought a load of calendars for 1993 at the end of that year. His wife called him an idiot, and he said, "You may think that if you like. But if 1993 ever comes back, I’m going to clean up." Gaiman continues by saying that writers and publishers should:

Try everything. Make mistakes. Surprise ourselves. Try anything else. Fail. Fail better. Succeed in ways we would never have imagined a year ago or a week ago. I think it’s time for us to be dandelions willing to launch a thousand seeds and lose 900 of them if a hundred or even a dozen survive and grow and make a new world. And I think that’s a lot wiser than waiting for 1993 to come back around again.

We are in that space where we are planting new seeds and trying to figure out what will grow. We are still exploring the digital wilds, and we have no idea what's waiting for us out there. Right now, we need more pioneers, more adventurers, and more stupid experiments—just to see what sort of worlds we may be able to create. It's important that we dare to fail right now, and fail in big enough ways that those failures can be beautiful.

I hope you join with me and all the other eager creators who are looking for the next beautiful failure. After all, every success I've ever known has been little more than the elegant rearrangement of past mistakes.

As always, a wonderful coulumn.

Thanks for an insightful column. I'm checking out your White Silk project. I've never seen a piece start off with so much emphasis on smell. Best of luck with it.  I look forward to getting to know your work, and you, better.

Just to clarify, my readership isn't in the hundreds of thousands.  Roughly 10k unique readers on a peak day, as it stands, 60k views on my best day.

@Wildbow: I was extrapolating off the data you gave, and it looks like I was pulling numbers from the number of pageviews as opposed to the number of unique visitors. My bad! Is the high end of your daily total about the same as the high end of your monthly statistics for unique visitors? I could easily have just given misinformation, but it seems to me you've at least had a total number of readers well into six-figures over the life of the project.