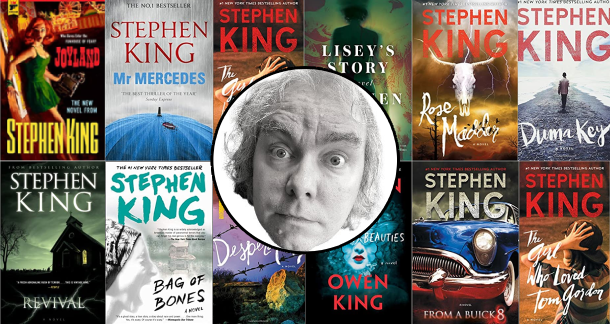 A few years ago, Richard Chizmar of Cemetery Dance started his Stephen King Revisited effort to reread all of the horror meister's works in the order they were published. He invited others to join him, so I did. A few weeks before the end of 2021, I finished. As of now, I have essentially read everything Stephen King has ever published.

I have opinions about his best novels. If I listed what I thought were his worst novels, they would still be books I liked, but none of them would be on this list. This list is for his most underrated. There might be some overlap with his best novels, but this is a different list. In order to be on this list, the novel must be good, but more than that, the distance between the quality of the story and the recognition of the story among fans must be vast. If I made a list of readers’ most beloved Stephen King novels, none of the books on this list would make the cut. All these novels are overlooked, misunderstood, or otherwise ignored by the majority of readers for various reasons.

My hope in making this list is that maybe you will find some treasures in Stephen King’s catalog that you skipped or were not aware of. 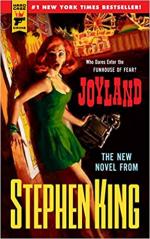 I might place this book in my top 5 Stephen King books overall. Joyland is on this list because a lot of people are unaware of it. King has published three books so far with crime fiction publisher, Hard Case Crime. These include The Colorado Kid, Joyland, and Later. All three are shorter works by King standards, and the brevity benefited Joyland in particular. The characters are strong. The emotions dictate the characters’ choices. The story and pacing pull the reader along.

Get Joyland at Bookshop or Amazon 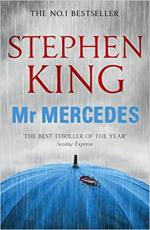 This is the first novel in a trilogy of Bill Hodges crime fiction novels. Characters from these stories make at least two more appearances in other Stephen King works. These books have received acclaim, but Mr. Mercedes makes this list because in addition to being a great story, it has failed to land on the personal top lists of many people. I’d easily place this work in my top ten Stephen King books. The whole trilogy is good, but this novel in particular is almost perfect in its beats, tone, and diversity of character. No individual is a perfect fit for the role they play, but they create a close to perfect story as a result.

Get Mr. Mercedes at Bookshop or Amazon 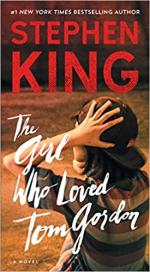 3. "The Girl Who Loved Tom Gordon"

Tom Gordon was a real-life Major League Baseball pitcher for the Red Sox at the time of this novel’s publication. The story follows a young fan who gets terribly lost in the woods and must fight to survive a harrowing journey. It is a brief novel, which prevents the story from dragging or becoming overindulgent. It is a close look at a young character struggling to survive. Many Stephen King readers might be surprised at the ways this story is different from his other works, and the power the narrative still holds.

Get The Girl Who Loved Tom Gordon at Bookshop or Amazon 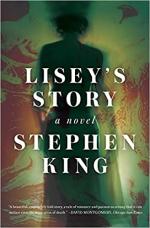 Lisey’s Story did receive a screen adaptation that was well received. At one point, Stephen King mentioned he thought it was his best story. It makes this list because despite how good it is, many people still don’t think of it while listing off King’s best. It focuses on strong three-dimensional female characters and relationships. While it has some similarities to Bag of Bones and “Secret Window Secret Garden”, it does a superior job of exploring grief, loss, family, and trauma. This story punches above its weight.

Get Lisey's Story at Bookshop or Amazon 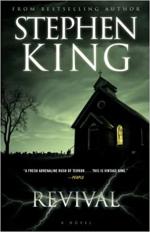 Revival is something unique in King’s catalog of work. He has always leaned into and borrowed from cosmic horror, but this work captures a sense of existential dread, especially at the end, that other novels weren't able to. It really does an excellent job of tying together themes of religion, faith healing, carnival shows, Dr. Frankenstein, electricity, addiction, rock and roll, and the veil between worlds. These ideas intertwine and tangle up in a story that leaves readers reeling.

Get Revival at Bookshop or Amazon 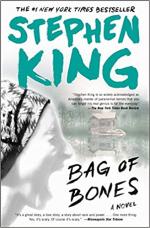 Lisey’s Story is arguably a better novel than Bag of Bones. Both have characters who are writers, a Stephen King staple. Both stories are built upon losses, though they might be seen as mirror images of each other, or divergent paths based on character death. Both had adaptations made of them, although the Bag of Bones version was probably less appreciated. Bag of Bones excels in its mystery and the process of unraveling the unfinished business of the spirit world. A clever story with a surprising resolution.

Get Bag of Bones at Bookshop or Amazon 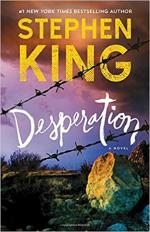 Desperation is not a perfect novel. It was written as a companion piece with The Regulators under the Richard Bachman pen name, long after everyone knew Bachman was Stephen King. The gimmick and connection between the two books are strange. I enjoyed both, but believe Desperation is the better of the two. The unsettling beginning keeps readers off balance throughout the entire story. The struggle against the deadly threat plays out well. The book definitely deserves more attention than it has gotten.

Get Desperation at Bookshop or Amazon 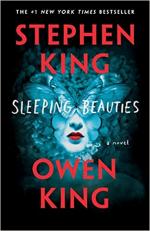 Sleeping Beauties is a collaboration between Stephen King and his son, Owen King. Generally, I’ve not been a huge fan of Stephen King’s collaborations. In terms of being underrated, I think a lot of readers would be pleasantly surprised by this one. There are a few missteps in the narrative I would criticize, but taken as a whole, the large cast of characters is used well, the action proceeds nicely, the blend of the two writers’ styles serves to elevate the story and differentiate it from other King books, and it has some interesting moments that kept me engaged throughout.

Get Sleeping Beauties at Bookshop or Amazon 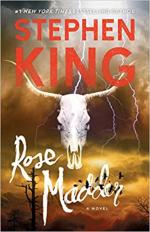 Those who have read Rose Madder are split on it. I would not put it on a list of King’s best work, I don’t think, but I believe the gap between how good it is and how many people know about it is vast. The main character’s escape from the dangers of her marriage is really well written. Her road to redemption is nicely done, and features a really good cast of supporting characters. The supernatural elements are interesting and differ from other King works. I think the resolution of the story is quite good.

Get Rose Madder at Bookshop or Amazon 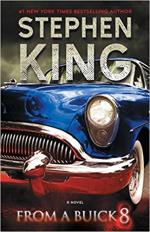 There are a lot of readers who don’t know about From a Buick 8, and many who have read it and don’t appreciate it as much as I do. There is a style of gothic storytelling in which a story is told second or third hand, thereby creating some veils of mystery over the action. Stephen King has utilized this technique a few times over his career. I think the tie between the boy and his late father is done well. I think the bond between the officers, the boy, and the secret they keep is also good. The reveals are laid out in a way that kept me reading. I think they are balanced well with what is not revealed. I’m of the opinion that this book is underrated.

Get From A Buick 8 at Bookshop or Amazon 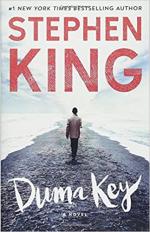 I debated subbing Duma Key for one of the other entries on this list. It is not a perfect book, but it does fall right near the beginning of the most recent era of King’s career, in which he is consistently putting out great novels one after another. It is not as well known as some, but many who have read it appreciate it very much. King’s descriptions of creating visual art produce excellent prose. The path to recovery is heartfelt and heart wrenching. The characters are fully developed. The losses sting. The story deserves more credit than even I have given it in the past.

Get Duma Key at Bookshop or Amazon

Hidden treasures are the best kind of books for readers to discover. When there are still gems to be found in the work of an author as well known as Stephen King, that is something special. I hope if you are looking for something to read or wish to rediscover a beloved author, you will enjoy some of these stories as much as I did.

The most underrated novel of Stephen King is The Stand. The Stand is a post-apocalyptic horror novel written by Stephen King in 1978. The story is about an epidemic of a highly contagious and deadly virus, which causes the death of most people who are exposed to it, but the disease has no effect on those who are immune to it. It is a good idea to read reviews at https://edubirdie.org/edubirdie-review-the-most-honest-and-reliable/ website about the writers who are going to help me in the essay that I am going to write about this novel because it has many aspects that are intriguing me to write about it.