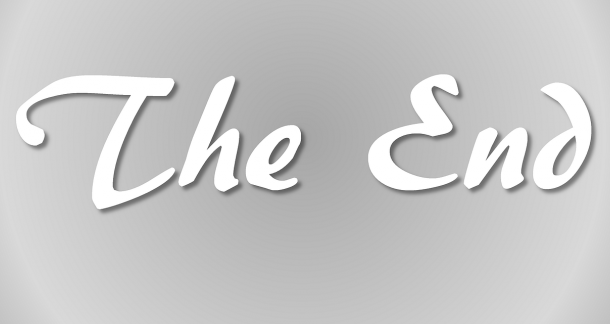 There’s a mandate to keep this one short, what with the premise and all.

Is your piece not working? Your short story doesn’t pop? Your novel wallowing?

Start over. And start the story as close to the end as possible.

A great lesson I learned from a newswriting class was to include the entirety of the story as close to the opening of the article as possible. Why? Because giving them the details is one way to let them know whether they want to read on.

You can do this for your readers, too. Pay them up front by starting near the end. Then they don’t have to wonder whether the payoff is coming and whether it’s adequate.

Thrown Into The Action

When someone says, “I felt thrown right in the middle of the action,” it’s a compliment. There’s the rare story that doesn’t have enough background. RARE. I wouldn’t worry that your story is one of those. I would worry that you’re holding people at the door, giving them a bunch of unneeded stuff when all they want is to rush past you and get inside.

Writers rising to a challenge equals a better experience for readers.

Starting close to the end means you’ll have to get creative with the ways you package your exposition. Info dumps are hard to manage in the midst of the good stuff. Writers rising to a challenge equals a better experience for readers. Reveal character and plot using tools that integrate information into the events in a pleasing way.

I know you did a ton of research. And I don’t care. I don’t want to see it on the page. There’s a difference between doing research to get the details right and being an overachiever. If I want to read a bunch of research, I'll read the shit you read. If you want praise for doing a ton of research, get a job in a lab.

“World-Building” is the #1 excuse for too much nonsense. If your world is using standard fantasy tropes, you don’t have to tell me that orcs have a rough life.

Excise a ton. Have someone read it. Ask if they understand what’s going on. If the answer is yes, then consider the rest of the stuff you wrote back end work that informed the good stuff.

THE End or AN End?

Breaking Bad was tense because it was always teetering on the end. The story begins with the main character having less than a year to live. Close to the end.

Being close to the end and being short don’t mean the same thing. You can have a long-ass book that’s never far from ending.

A reader welcomes your story into their life. It's better to leave a little too soon than a little too late. Cutting anything that's not crucial to arriving at the end is a great way to cut things down.

Remember, as close as possible. That doesn't mean your story is barren. It's not rushed. 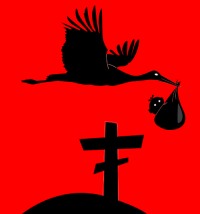 I'm not suggesting you create a challenge for your readers, forcing them to reckon with some confusing nonsense. I'm suggesting that most writers start with the birth of their steak's grandmother. And that's way, way too far from that forkful of steak readers are looking for.

The end matters. A shitload. We all talk big about the journey versus the destination, but everyone's watched a TV series, gotten to the final episode, and said, "What the fuck?"

Starting close to the end obligates you to make your ending a good one.

Everybody is interested in death. Everyone. Because we all die. We all end.

Endings provide us models for death. This is big and woo-woo, and I'll own that: The closer we get to the inevitable end, the more intriguing the very existence of that end becomes.

For the sake of brevity, instead of me arguing why this is true, go back to your work, start it close to the ending, and ask how your ending relates to the ending we all face eventually. If it doesn't work, if this is all too theoretical and academic and whatever, then you've spent some time looking at fiction a different way. Time well spent.