Spells and the Physical Power of Words 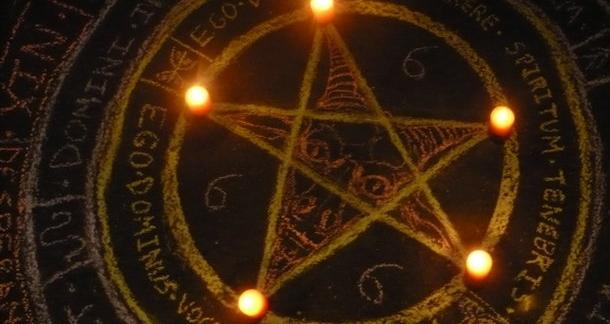 Love, revenge, money, health— spells and poems are often quite similar in their subject matter. Both are a calculated set of words meant to draw a certain reaction from whomever they are directed at. Both utilize elements of structured meter and rhyme.

While poems are seen as acceptable expressions of emotion or thought, belief in the power of magical incantations is generally left to fiction or the sixteenth century. This is probably because poems are only supposed to enact internal change that’s confined to the mind. Spells, on the other hand, influence outward surroundings. Despite the seeming implausibility of such “magical” acts, there is evidence that words have the potential to make a very physical impact on the world.

Incantations are nearly as old as written language itself, appearing in Mesopotamian scripts and in myriad Egyptian texts such as the Book of the Dead, which contained a collection of spells meant to help the deceased navigate obstacles in the afterlife. Nineteenth century Egyptologist E.A. Budge wrote of the ancient people he studied, “The written word has been regarded…with reverence from time immemorial, and a copy of a sacred writing or text is worn or carried about to this day with much the same ideas and beliefs about its power to protect as in the earliest times.”

Those...exposed to verbal abuse showed lower development in the corpus callosum...Adults with an underdeveloped corpus callosum may experience increased levels of depression, anger, and drug abuse. Could that be called a curse?

But just as spells were revered throughout the centuries, they have also been feared. The word ‘grimoire’ arrived many centuries after the fall of the last Egyptian pharaohs, possibly derived from the French word ‘grammaire,’ which refers to any text written in Latin. In Grimoires: A History of Magic Books, writer Owen Davies calls them the most feared books on earth. Even today, there’s a blurred line between books about magic and magic books— as demonstrated by the Harry Potter burnings in the first decade of the twenty-first century.

Curse words may not have the power to curdle milk or cause storms, but studies show that negative speech can actually impair brain development of the recipient. Psychology Today published an article in 2010 regarding the very real damage that can be caused by verbal abuse, especially for children in their middle school years. During one study, adults with no reported history of physical abuse were asked to rate their experience with verbal harassment before being given a brain scan. The results were pretty alarming. Those who were exposed to verbal abuse showed lower development in the corpus callosum, a bundle of fibers that connects the left and right sides of the brain. Adults with an underdeveloped corpus callosum may experience increased levels of depression, anger, and drug abuse. Could that be called a curse? Perhaps not, but it is excellent reason to contemplate the old saying, “If you can’t say something nice, don’t say anything at all.”

Defense Against the Dark Arts

The news isn’t all bad. Positive words may improve cognitive function just as negative ones impair it. In Words Can Change Your Brain, the authors claim that positive words can alter the expression of certain genes and increase activity in the motivational centers of the brain. And here’s something really crazy: an experiment conducted in New Zealand found that writing may even help wounds heal faster. Participants were asked to write for 20 minutes, three days in a row about something that upset them. Two weeks later, each member of the study underwent a biopsy of the arm. By the time 11 days had passed following the procedure, 76 percent of the writers had fully healed, compared with 42 percent of the control group. One of the study's co-authors hypothesized that writing about unpleasant events helped the participants to unload stress and heal faster.

None of these examples prove the existence of real “magic,” but they do impress the point that our words are important, and their impact can be extensive. Want to try your hand at an ancient incantation this Halloween? Check out this page for seven “Practical Egyptian Magical Spells” from the University of Chicago, including one for the protection of a precious book from thievery.

Grimoires: A History of Magic Books