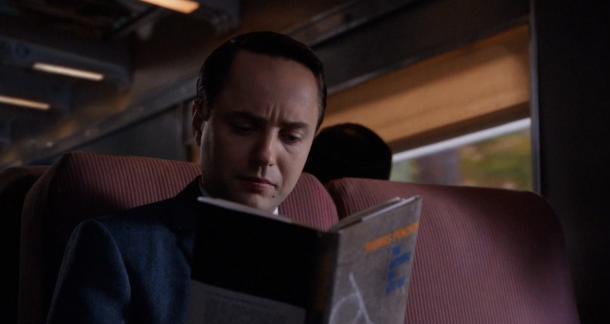 Once again, it's time.

It's time to be inundated by a torrent of both overwrought sentimentality and reactionary snark. A time for feeling like your special outing might not be so special after all, as you stand in line with thirty-two other couples and grumble about how long your magical evening is taking. A time for rage-reading holiday-themed web content (ahem). A time for looking at everything, ever so briefly, through the rosy-colored lens of love or the black-lidded shades of lonerdom.

It's time for Valentine's Day.

There's a chance that you truly don't care about this "holiday" (scare quotes thrown in for the benefit of those that want to be a dick about it). When I say "don't care" I mean exactly that—the day will come and go without you even noticing, save for realizing that a bunch of your attached friends are unavailable and a bunch of your unattached friends seem more bitter/drunk than usual. You will pass this Saturday as you would any other day of the year and continue on with your life relatively unaffected by one set of twenty-four hours.

If you're single on V-Day, don't feel compelled to go scouring your city for a desperate, last-minute date...

But odds are, you care. That's what people do these days. We care about stuff. A lot. Maybe a little too much, to the point that those of us who are single need to have pointed "anti-Valentine's" celebrations, wherein we get together with our other single friends and proudly proclaim that we are strong and independent, just the way we like it, thank you very much, before we get smashed on well drinks, go home with a stranger and sob in the bathroom after they've fallen asleep.

I'm here to remind you not to sweat it. If you're single on V-Day, don't feel compelled to go scouring your city for a desperate, last-minute date (especially if your sole motivation is posting an embellished account of the disaster on twitter), and don't feel obligated to "stick it to the coupled" by getting obliterated and spinning into a shame spiral (unless that's what you really want). What could you get up to instead, you ask me, writer for the esteemed LitReactor.com? Reading, of course. Lots of reading.

You could always pick out some books that avoid the topic of romance altogether, but we're all allowed a few reactionary holiday indulgences. There are a few titles that are well-suited to such an evening...and a few that definitely are not. Read on! 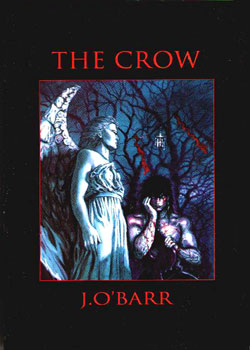 If you're alone on V-day, odds are you enjoy comic books ("ooh, burn" he typed with his Transmetropolitan trade paperbacks in his line of sight). As you settle in for a night of exquisitely lonely reading, you may be tempted to enjoy a classic tale of love and loss. Do. Not. Give. In. The Crow, while a wonderful graphic novel in its own right, is also one of the most soul-crushingly depressing things that has ever been committed to the page, and it's even worse when you're aware of the real-life inspiration for the story (James O'Barr has had a rough life). Yes, in the end, it's a moving, powerful, and uncompromising tale about deeply wounded and sincere love refusing to die, and about following it even to death, but...man, it will give you some dark, dark ideas about your fellow men. If you're still in the mood for a love/revenge story but you don't feel like opening a few veins, you can always rent one of the atrocious film adaptations and have a good laugh. 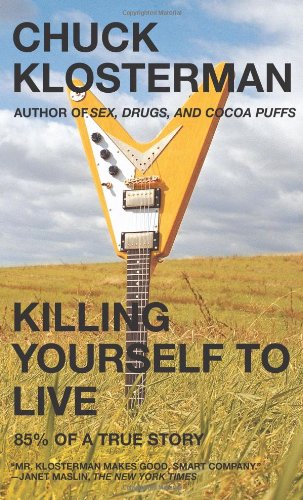 DO: 'Killing Yourself to Live' by Chuck Klosterman

Despite the title (lifted from a Black Sabbath song about drug abuse), Chuck Klosterman's road-trip narrative is far, far, more lighthearted than you might believe. The ("85% of a") true story follows Klosterman on a road trip across America, hitting various locales that are tied in some way to the premature deaths of rock stars. This narrative is intercut with the author's ruminations on several romantic relationships that are each coming to an end in their own way. It's a raw, personal, hilarious, and moving memoir, as well as a glimpse into the seedier and more tragic side of rock 'n' roll history, with a few to-be-expected side anecdotes along the way. Reading this book feels a little like staying up with an old friend telling stories about exes well into the night, which is probably one of the lesser self-destructive things you could get up to on Valentine's Day. 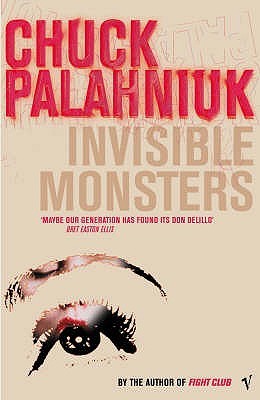 Don't get me wrong, I love this book. It's an incredible heart-wrenching story with lots to say about identity, alienation, and self-perception. That said, it's also one of the most difficult books I have ever read, in terms of anxiety. I don't want to get into spoiler territory, but suffice it to say Invisible Monsters has a lot to say about how relentlessly cruel and lonely living in a world with other humans can be. Like The Crow it ends on something of an uplifting, if not bittersweet note, but paging through this one to forget about why you're still single is liable to end in even more heartbreak. 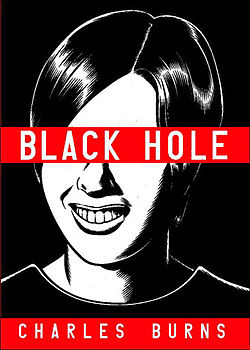 DO: 'Black Hole' by Charles Burns

Alternatively, Charles Burns' Black Hole is another story about identity, loss, and alienation, as seen through the lens of teenage angst. It's a dark story and may conjure up some long dormant feelings from adolescence that aren't all that positive. However, something about the setting of the story and the fantastical and surreal nature of the narrative lends this graphic novel an air of pleasant nostalgia. It may bring you back to a time when everything seemed new and scary and dark, but it may also make you fondly reminisce on those uncertain times, and relish in a trip down memory lane. And, if you're lucky, you might breathe a sigh of relief that you feel a little more comfortable in your own skin. 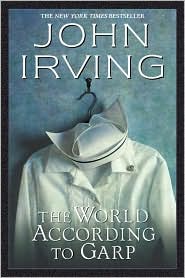 DO: 'The World According to Garp' by John Irving

This is not really a love story in the traditional sense of the term (although I guess none of these are, really), but John Irving's masterpiece is a long fascinating saga about the legacy that a person leaves behind, and the relationships we forge along the way. It's a coming-of-age story writ large, a beautiful reminder that even after we've "grown up", we never really stop learning and growing, and other people are tantamount to our personal growth. It's a meditation on how much we think we know about the world, and how life repeatedly reminds us that we know very little. There's something liberating in that, and if you're anything like me, it's liable to provide you with a modicum of comfort during a lonely period in your life.

Hope this short list gives you a few ideas for making it through the holiday without undue damage to your liver, readers. You may not be able to stop yourself from caring about Valentine's Day, and whether or not you have somebody, but you can stop yourself from digging a hole in the open wound that is your heart with the rusty spoon of alcohol and avoidance therapy!

I’m excited to find this page. I wanted to thank you for ones time due to this wonderful read!! I definitely savored every bit of it and I have you book marked to see new stuff in your web site.

I’m truly enjoying the design and layout of your blog. It’s a very easy on the eyes which makes it much more pleasant for me to come here and visit more often. Did you hire out a developer to create your theme? Exceptional work!

Greate post. Keep posting such kind of info on your page. I am really impressed by your blog.

I’m excited to find this page. I wanted to thank you for ones time due to this wonderful read!! I definitely savored every bit of it and I want to describe starting over quotes. Kindly visit us to read more...

Soul Gifts is a personalized crystal subscription box tailored to your needs each month. You'll receive a survey each month, and your crystals will be will be curated especially for you! Delisa, the founder of Soul Gifts is an energy healer and spiritual coach with the goal of matching each and every one of you with the crystals and spiritual tools for your unique soul gifts.

SpecialResumes.com produces high-quality, professional resume templates that are unique in creativity and help you to get your dream job. Our resumes will allow your key skills to shine with confidence, sophistication.

fasidea September 24, 2022 - 11:41pm
If you’re looking to stream music wherever you use your mobile device, a youtube to mp3 converter is an online platform that will let you convert your youtube mp3 — download video to audio. It’s also helpful if you are looking to extract audio from a video, create voiceovers, or make your audacity.