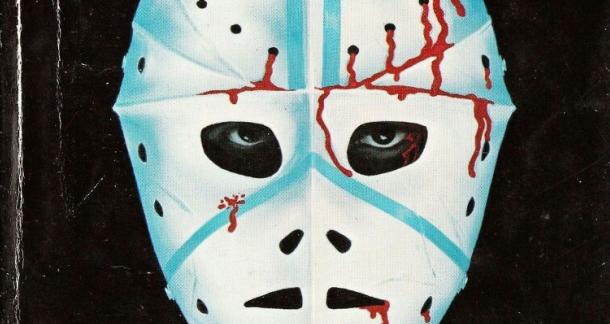 People are superstitious by nature, and they love to be scared. And what's scarier than a man in a mask with machete in hand? That's the question that has haunted us for 35 years now.

In 1981, Friday the 13th Part 2 graced the silver screen, introducing the world to a burlap sack-wearing backwoodsman known as Jason Voorhees who was destined to one day don his iconic hockey mask. Picking up where his mother left off in the 1980 original, this deformed psychopath starred in nine of his own movies, shared the marquee with the man of your dreams, Freddy Krueger, and even got brought back for a faithful and fairly successful remake in 2009.

But in the intervening years, as follow-ups have failed to manifest, what is a flailing fan to do?

Why, read a book of course.

Surprisingly, as it's not especially intuitive that this character, and slasher movies in general, lend themselves to prose, there have been several attempts over the years to translate Jason Voorhees to the written word. There have been novelizations of his movies, with six of the eleven total adapted, and not in the expected order; there was the possibly misguided series of young adult novels in the early 1990s; and in the mid-2000s a barrage of novels based on both modern day exploits the future adventures of Jason X.

All of these books show a desperate and chaotic attempt to capitalize on lightning in a bottle, as Jason was never as potent as in that decade between his first appearance and when he took Manhattan in 1989. So why keep attempting to force a square peg into a round hole? The reasons are about as nebulous as the attraction to the holiday itself, but with Friday, May 13th rolling around, this is a chance to parse out why Jason works great in celluloid but has never taken off on the page. 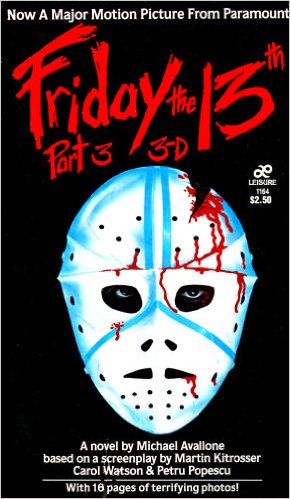 It's hard to nail down exactly why Friday the 13th is such a frightful day, and the filmmakers only ever made a tenuous connection between the calendar and Jason. Some say it has to do with the amount of people that attended the Last Supper; others say it's about the date hundreds of Knights Templar were arrested in 1307, and in countries like Spain and Greece, it's actually Tuesday the 13th that is considered unlucky. Jason himself is said to both have been born on and died on a Friday the 13th, having drowned in Crystal Lake while the camp counselors weren't paying attention.

The idea of bad luck in Friday The 13th movies is not some Final Destination-esque nefarious force, but more a consequence of cinema tropes: nubile teens will always trip when being chased and find their cars have died. But that's all down to Jason, a mad man with ill intent, eliminating all possibilities of escape, and it's not bad luck if everyone knows Camp Crystal Lake's reputation.

And of course it was all pulled together by the fact that producer Sean S. Cunningham wanted to cash in on the popularity of John Carpenter's Halloween.

Tie-in novels were not an immediate reaction to the movies, and ironically the first adaptation highlights the films' reliance on visual and auditory elements.

Friday the 13th Part 3D was put to page, minus the D, in 1982 by Michael Avallone, who had previously done novelizations of Beneath the Planet of the Apes and The Man from U.N.C.L.E.

The next book printed was Friday the 13th Part 6: Jason Lives in 1986 by Simon Hawke, who, in a strange turn of retroactive fate, would go back and adapt the first three movies in 1987 and 1988, making Part 3 one of the few movies to get novelized twice.

A word on the Friday the 13th Part 6 novelization: surprisingly, it's supposed to be great, and offers up an intriguing alternate ending that would have taken the series in a provocative, and perhaps more cohesive, direction. Hawke picked up on the humor and self-referential aspects writer/director Tom McLoughlin brought to the movie, aspects that make it beloved amongst fans of the series. He also managed to flesh out the story, including offering up Jason's perspective while "sleeping" before he's brought back to life, and the aforementioned ending that introduces Jason's father, Elias Voorhees. Of course Elias wasn't given that name until the ninth film, Jason Goes to Hell: The Final Friday, but here Mr. Voorhees visits the grave of his dearly departed wife and discovers his son's body missing, hinting at future machinations that would never come to be. 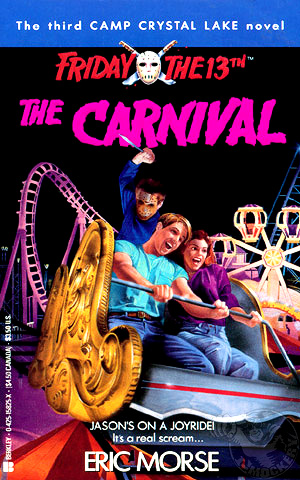 The next three movies wouldn’t make the jump to print, but in 1994 four young adult Friday the 13th novels were published, all written by Eric Morse. Mother’s Day, Jason’s Curse, The Carnival and Road Trip all follow the same basic premise, that an outcast or misfit of some kind finds Jason’s discarded mask (left behind at the end of Jason's supposed final movie, but presumably before the post-credits sequence where Freddy drags the mask down to the netherworld). The Carnival is notable for a welder stumbling upon the mask’s curse when he attempts to use it as a helmet, which doesn’t seem like it would protect his eyes at all. The author, as far as the Internet is concerned, never published another book, and it’s hard to figure who thought the young adult format, generally aimed at young teens, would be appropriate for a series that prided itself on sex, drugs and dismemberments. These books are best left forgotten.

It was almost a decade before the undead murderer would see print again. Black Flame, an imprint of BL Publishing and the publishing arm of Games Workshop (known for Warhammer) focused on licensed properties from New Line Cinema (including A Nightmare on Elm Street and The Texas Chainsaw Massacre) and Rebellion, the owners of 2000 AD Comics (known for Judge Dredd). Black Flame kicked things off with Freddy vs. Jason. The 2003 novelization was concurrent with the movie, but the I.P. would lay dormant for two years after that. In 2005, however, Black Flame gave Jason a real push with a novelization of Jason X (three years after the movie's release), and a series of Jason X and Friday the 13th novels that would be trudged out over the next year and a half.

The Experiment, Planet of the Beast, Death Moon and To the Third Power all pick up where Jason X left off, in the far future with the killer tearing through military labs and clones of himself. There are a few attempts at connections between the books, as Pat Cadigan wrote both the 2005 Jason X novelization and then The Experiment, and Nancy Kilpatrick wrote both Planet of the Beast and To the Third Power. In the end, however, the Jason X spin-offs venture too far into Aliens territory, with evil corporations and bioweapons divisions, and they don't maintain the tongue-in-cheek humor that makes the Jason X movie so fun.

They do, however, get pretty crazy and ambitious without the budgetary constraints of film, such as Hell Lake having Jason returning from hell with an army of serial killers.

The Friday the 13th spin-offs, meanwhile, consist of Church of the Divine Psychopath, Hell Lake, Hate-Kill-Repeat, The Jason Strain and Carnival of Maniacs. None of these share the same author, although Carnival of Maniacs' Stephen Hand did write the Freddy vs. Jason novelization. They do, however, get pretty crazy and ambitious without the budgetary constraints of film, such as Hell Lake having Jason returning from hell with an army of serial killers. A caveat to reading these, besides the questionable quality, is don't expect any solid connections with the movies, although Church of the Divine Psychopath and Hate-Kill-Repeat do appear to separately bridge the nebulous gap between Jason Takes Manhattan and Jason Goes to Hell, with a buildup to the FBI sting that opens the latter movie.

By April 2008, Black Flame officially closed down, and the brief Jason comic book maelstrom faded around this time as well. After only a Jason Goes to Hell adaptation and Jason vs. Leatherface series by Topps Comics in the 1990s, 2005 saw New Line teaming up with Avatar Comics and later WildStorm to produce several series, including Freddy vs. Jason vs. Ash (of Evil Dead fame) and its sequel. By 2009, however, just in time for the refreshing remake of Friday the 13th, this had all dwindled. One would think that that the acquisition of New Line by Warner Bros., who owns DC Comics, who owns WildStorm, could have made for a rejuvenated synergy between the books, comic books and movies, but it wasn't to be.

The Friday the 13th remake didn't even get a novelization of its own.

The lesson here is that the slasher genre, and Jason Voorhees in particular, really only function on the big screen. That combination of Harry Manfredini's earworm ki-ki-ki-ha-ha-ha music, jump scares, and steadicam POV shots really can't be replicated in any other medium, and none of these authors were up to the task of providing a unique spin on this fading classic. It's ironic because the slasher genre really originates with Agatha Christie's And Then There Were None. No offense to this ragtag bunch of authors, but they don't stack up to Christie. Even Hawke, who has had a steady career as a pulpy science fiction/fantasy writer into the 21st century, doesn't aspire with his four Friday the 13th's to do anything more than titillate and entertain.

And that's really what the Jason fan is looking for, and that can only be found in the movies (and possibly that Kickstarter video game being worked on right now).

Unfortunately, there hasn't been a movie in over seven years, and the production on the next one is in development hell. Even these books can't function as a salve as they're all out of print and mostly condemned to the dusty shelves of used book stores. But if curiosity cannot be slaked, there are used copies of Hawke's Friday the 13th Part 6 on Amazon for $25…