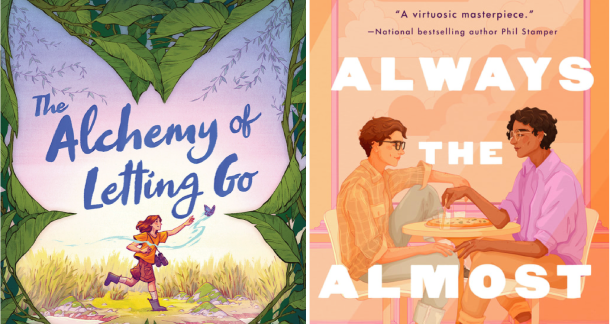 Listen — I love kidlit. I’ve been a big fan of young adult literature for years, and I’ve started reading more middle grade and even younger books (Chapter books! Picture books!) lately, and they’re all so good. If you’re also a fan of kidlit, and you’re wondering what new authors to keep an eye out for in 2023, you’re in luck: here’s a (non-exhaustive) list of kidlit by debut authors to read in 2023.

Plátanos Are Love by Alyssa Reynoso-Morris and illustrated by Mariyah Rahman
A debut picture book about plátanos and their status in Latinx culture. 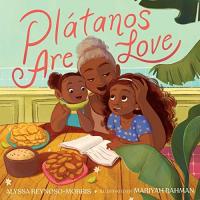 La Noche Before Three Kings’ Day by Sheila Colón-Bagley and illustrated by Alejandro Mesa
A Latinx retelling of "The Night Before Christmas."

Plátanos Go With Everything by Lissette Norman and illustrated by Sara Palacios
A child’s love for plátanos as featured in her Dominican family’s cooking.

Molly’s Tuxedo by Vicki Johnson and illustrated by Gillian Reid
For school picture day, the main character must learn to stand up for herself and advocate to wear a tuxedo, rather than a dress!

Tokyo Night Parade by J.P. Takahashi and illustrated by Minako Tomigahara
A Black Japanese girl visits Tokyo and celebrates the Night Parade of One Hundred Demons.

Sincerely Sicily by Tamika Burgess
A Black Panamanian sixth grader learns to use her voice in this middle grade debut.

The Song of Us by Kate Fussner
A queer middle grade take on Orpheus & Eurydice? Sign me right up!

Once There Was by Kiyash Monsef
This sounds like such a great story, about a girl who discovers her father was a veterinarian to fantastic creatures, and must pick up his mantle.

The Alchemy of Letting Go by Amber Morrell
In which a girl coping with the grief of losing her sister discovers the lines between science and magic are loose.

Gloria Buenrostro Is Not My Girlfriend by Brandon Hoàng
The story of a Vietnamese-American boy who befriends a girl and realizes she actually sees him. 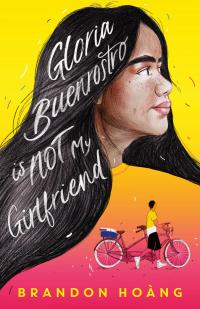 A Bright Heart by Kate Chenli
This looks like it’s fantastical historical fiction that’s going to grip me and I can’t wait!

If Tomorrow Doesn’t Come by Jen St. Jude
Mentally ill, queer characters at the end of the world.

Always the Almost by Edward Underhill
A gay trans pianist seeks to win back his ex but maybe has to find himself along the way.

Out of Character by Jenna Miller
A fat, queer, nerdy girl stars in this anticipated debut about fandom and love!

Something More by Jackie Khalilieh
Jessie is a Palestinian-Canadian girl trying to hide her autism diagnosis as she starts high school and makes a list of goals.

The Rosewood Hunt by Mackenzie Reed
A girl teams up with a crew of other teens to find the hidden treasure left by her grandmother.

Where to find more!

If you’re not satisfied with this list — it is incomplete! There are so many that I missed! — feel free to check out the Class of 2k23, a giant group of 2023 debuts!