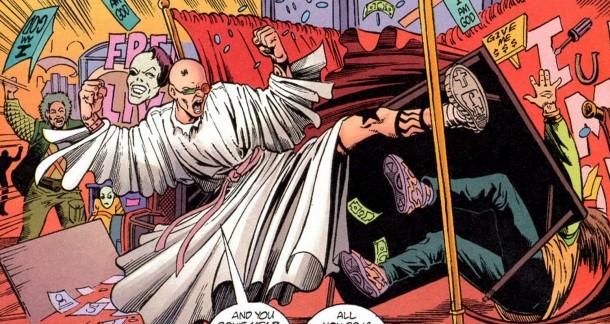 I love sitting and toying with the ideas of where humanity is going. My mind typically takes me to dark places. I worry and think about climate change obsessively. I think about what the weather in Arizona will be like ten or twenty years from now.

I picture people ten years from now wearing reflective sun suits with breathers and dark reflective lenses covering their eyes. The good suits will have built in cooling devices and carbon monoxide vents. The shitty ones will just make sure you don’t suffer third degree burns when you step outside in July. Most everyone will own the shitty suits and only the 100-year-old gene edited fossils in Scottsdale will be able to afford the nice ones. Not like they’ll ever use them because they’ll have zero need to leave the house; Uber and Amazon drones will deliver everything they need. The only thing they’ll have to worry about is their solar batteries running dry during the monsoon seasons when the sun is blacked out from week long haboobs (For those not in the know, haboobs are massive dust storms that come rolling out of the desert like giant choking waves. They’re impressive, but a little scary).

You don’t want to hear what I think Arizona will be like twenty-five-years from now. It mostly involves 143 degree days eight months out of the year and packs of desert weirdos burrowing underground with the ants and tougher reptile who’ve managed to stick it out.

I know all of you are thinking this sounds a little far-fetched, but that’s okay, you’re a climate change denier like most Americans and you can keep telling yourself that everything will be fine. You tell yourself we’ll be fine because despite the fact most people think angels are real and that prayer is the best way to stop mass shootings, you know there are people out there who are much smarter than yourself straightening out our mess. Men and women whose minds are so spectacularly brilliant they might as well be superheroes; you know they’ll protect us from our garbage dump induced apocalypse.

By the way, if you are one of the folks who happen to believe in angels and demons and mythical creatures and Godzilla-like sea monsters—I mean, come on, if you believe in one of them, you might as well believe in all of them—and if you think there’s an elite squad of super intellectuals that will save us all, there’s a better chance than not you’re living in a Warren Ellis comic book.

Okay, so before we start let’s get a couple of things out of the way.

I know that should be a relatively well known fact, but surprisingly, it’s not. I’ve had three conversations in the last year where when I mentioned Ellis, the responses I received were:

“Wow, you mean the guy who works with Nick Cave writes novels, too?”

Secondly, outside of Planetary, I haven’t read any of Ellis’ super-hero comics. His runs on Moon Knight and The Authority look amazing and I’m sure they’re great reads, but I haven’t had much of an interest in super-hero books since I’ve been reading Ellis regularly, so therefore I can’t shit on or praise them. I can, however, recommend a boat load of other stuff that’ll make your hair stand on end as you laugh hysterically.

Let’s start with the comics and the two titles you absolutely need to read. 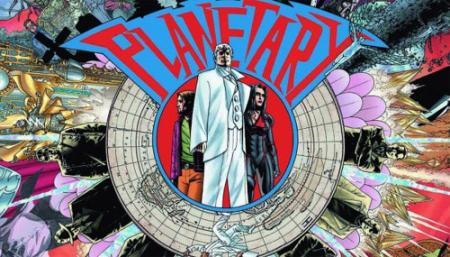 Planetary is a super-hero comic. But it’s a super-hero comic much in the same way Spider-Man is a re-telling of Romeo and Juliet. More or less, the heroes in it really don’t want to be heroes, but humanity isn’t going to let them off the hook. The series itself also functioned as a satire of super-hero comics much in the same vein as The Watchmen, and features near parallel versions of well-known comic book characters such as the Fantastic Four (planetary’s arch-enemies, The Four; think of them as the Elon Musk’s of the superhero world: soulless venture capitalists but with awesome powers) as well as pop culture figures such as Godzilla and Sherlock Holmes.

What’s most significant about Planetary is it created Ellis’ overall model for writing “team” or multi-character books, including the underrated Global Frequency and his current series for Image comics, The Injection (which I’m starting to enjoy more than Planetary because Ellis is inverting his overall model and posing the idea that maybe putting the five smartest people on the planet in the same room and telling them to make the world more interesting isn’t such a hot plan). The basic model is: reluctant, kind of grimy heroes fighting all kinds of weird shit as well as human-made menace, but they fight it more on an intellectual level as opposed to using only brute strength.

Transmetropolitan is futurism run amok. Imagine a world where every politician is a souped-up version of Donald Trump, and all the worst things humanity can think of—like turning yourself into an alien-human hybrid or digitizing your brain and living without a body—are all common and accepted. It’s a world where we’ve survived all the worst-case scenarios and have managed to prosper, but it’s a wrecking ball kind of prosperity. And all of it is being recorded and judged by journalist, Spider Jerusalem. Jerusalem seems like a thinly-veiled hyper future version of Ellis (or perhaps Alan Moore?); he’s spun on legal dope twenty-four hours a day and finding ways to shirk off deadlines. The series is equally hilarious and mind-boggling chilling, and just flat out fucking weird.

By the way, flat out fucking weird is the best way to lead into Ellis’ novels. 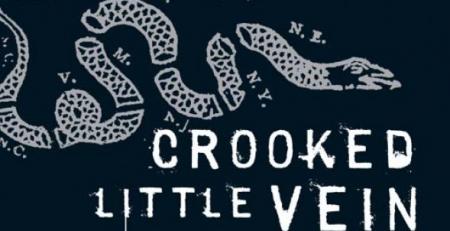 Always judge a novel on how many times it’s been stolen from you.

With Ellis’ Crooked Little Vein, it’s been twice, which is a pretty high ranking.

But it’s one of those books that once you read it, it just feels like it belongs to you. It’s a strange little detective/conspiracy novel that reads rapid fire and hilarious from beginning to end. It’s pulpy and extreme, which means much like Transmetropolitan, it's not for everyone. Same thing goes for Ellis’ next two crime novels, Gun Machine and Dead Pig Collector. But that’s the true grace of Ellis—he’s not for everyone. He doesn’t pretend to be and doesn’t apologize for it. You have to admire that kind of artistic inaccessibility; that Ellis writes exactly what he wants and makes the market bend to the story he wants to tell.

For me, the best of Ellis’ prose work is his latest novel, Normal. It’s the story of a woodland retreat created to treat the mental illnesses of the world’s greatest minds. The people constantly connected to the world and charged with solving its problems (or creating more of them). It’s an asylum for futurists whose brains have been broken by the future; the minds we can’t live without. Much like his comics and other novels, Normal is heaped with conspiracy as the central plot. But it’s not the plot that makes the novel, it’s the broken minds who populate it, as well as the destructive creations or situations that finally snapped them in two. What makes Normal so effective is that you can actually picture a place like it. A place where you can unplug and not be a part of the world, even though you don't want to be untethered because you need information like a drug. But you know if you don’t kick the habit, you’ll be lost.

Like everything Ellis has written, Normal is unique and filled with a dark humor akin to writers such as Vonnegut and Dick. Ellis writes of futures that examine the why and how of how we’re still here and of how we’ll continue to exist and ride the constant waves of chaos and renewal and hope it doesn’t all come crashing down around us. Because even though I don’t believe in angels or sea monsters, I would like to think that maybe there’s a Planetary style organization looking out for us. I just hope they’re not all locked up in some looney bin out in the middle of the woods somewhere.

Where do you stand on Ellis? What are your favorites?

The Authority and Moon Knight (and the original Stormwatch for that matter) might have superheroes in them but they are not superhero comics. Ellis is one of the best writers in comics (and his prose is great, too). Transmetropolitan is an actual work of genius. Go hunt down Lazarus Churchyard. You won't be disappointed.

And talking of Injection - I'm really glad to see it back on shelves, just read the new issue this morning (issue 11) and I'm kinda sad that we're almost at the mid-way point of the book (which Ellis said will probably be 25 issues long).