So You Want to Write Women 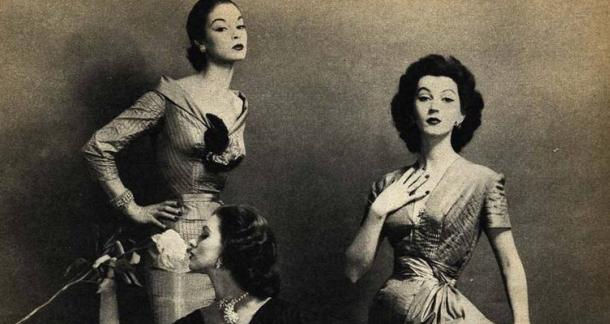 Vaginas, breasts, and uteri; Oh my! Women are everywhere. It’s almost as if they make up half of the population or more.

You know what else? Women are writing books and scrutinizing the way they are portrayed in movies, on television, and in music. We can blame the education system for this. Or maybe, just maybe there’s something to this perspective. Everyone loves a good heroine, or better, an evil woman who isn’t afraid to get her bitch on ─ but what is it about females that makes them so hard to get right?

Does that sound like a feminine perspective? Are male brains that clueless as to think that women sexualize themselves daily?

These are not extreme feminist questions. They are realistic inquiries meant to better guide authors toward accurate portrayals instead of cartoon caricatures. Unless that’s what they’re going for, of course.

These are not extreme feminist questions. They are realistic inquiries meant to better guide authors toward accurate portrayals...

Everyone over-analyzes female characters. It’s annoying. Feminists and manninists alike share this in common, as does the rest of the population. It’s a strange form of sexism that is well-intentioned. Every writer does it. Most don’t mean to. But no one gives a damn about how male characters see themselves, or writes about their chests having sentient emotion.

So how can writers avoid inaccurate portrayals of women and girls?

Breasts are great and all, but the first place to start is with repression. Repression isn’t always a bad thing. It’s something people do without thinking. When eating healthy, one must repress their desire to devour an entire cake. When interviewing for a job, it’s best to avoid badmouthing former employers. Road rage would be terrifying if the majority of drivers didn’t repress their anger when getting cut-off.
Point driven.

Humans are sexual creatures. Our “lizard brains” cut off blood flow to more scholarly areas of thought. To combat that, every writer must repress their personal attraction to sexy figures. Tame the beast inside by, “thinking about baseball.” It’s a funny saying, but focusing on other activities and ideas actually does work.

All that really matters is the story. Making sure it is well-written and gets finished is the most important aspect of the job.

When sitting down to lay it out, writers have to focus on the depths of each character rather than their body parts. To do this, it is important to get inside the female brain. Repressing the desire to see women as sexual partners helps, but it only takes an author so far, because readers want to fall in love with characters. Love, not lust.

It does no good to write like a robot who designs women as if they were computer manuals. That comes off too cold. To keep things hot but not steamy, female characters have to be written realistically.

Women are many things. We fall apart. We enjoy letting our bitch out sometimes. We go from sex kitten to nurturing mother in 0-60.
It’s not easy to get right in storytelling because we change so quickly.

Luckily women are in no danger of going extinct any time soon. We’re not scarce. Get out and look around. Women are everywhere.

Writers need to use that to their advantage. Why not utilize non-sexual female encounters and relationships to inspire character designs? That is much more impartial and complimentary to female readers.

It is impossible to connect with women without knowing them. Examining familial ties can give writers a backstage pass into the thought-process of women for free. Characters are better based off family members anyway. Those off-limits women who represent mothering, sisterhood, cousindry (is that a word? It should be), and, sometimes, the forever loyal chick who friend-zones everyone are better representations of the entire picture.

Slip into their ballet-flats for a while. Get to know what drives their emotions. Women are very often written off as “crazy” when they struggle to fit-into pretend molds. Instead of falling for those stereotypes, take a second look.

Search for the reasons and the answers will come. Pour those into the writing. Ask yourself: 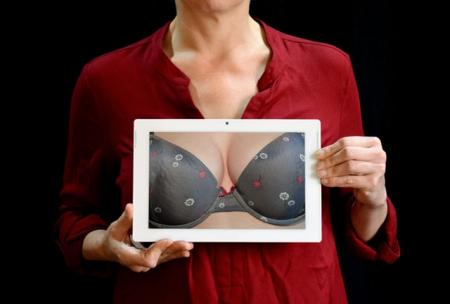 Okay, not all women shave their legs, but hair is a big deal even if it’s short. It’s something men rarely spend as much time on. Those are the differences that matter. They are the details that often get lost when male brains try to write the female perspective.

In regards to writing about breasts, women do think about them sometimes, but not in the way they are often written. Women get annoyed with bras that leave red marks on our skin. We hate itchy nipples and boob sweat. Try adding that into a novel, or cut the breast talk out because we have a lot more pressing matters on our minds.

Women (in general) are constantly thinking. We question how we look, speak, act, and feel, all the time.

Very rarely do we check ourselves out in a mirror and find anything but flaws. Even the most beautiful women criticize themselves. It’s exhausting, but entertaining.

Women also lean on each other. We don’t always get along, but we band together when things are at their worst. Sometimes we just need to scream for a minute and then everything that’s bothering us dissipates and we’re all better. We are social creatures who can make or break a story.

Get to know women that love to read. Befriend them. Treasure them. Recruit them to be beta readers. Male readers are important too, and should also be consulted, but making sure you have a few different female perspectives will offer a broader range of criticism.

As always, some comments will be taste-based. No story survives without a few naysayers. It is up to the author to know their characters enough to determine when someone is giving useful feedback and when they might just be PMSing.

Stories are powerful, engaging, important and all that inspirational B.S., but their creators are imperfect. If an author represses their sexual tendencies toward women, bases characters off of non-sexual relationships, and involves female beta readers in the process, that effort will come through in their work. Or they might piss off a group of women… but at least they tried.