Slipping Into Someone Else's Skin 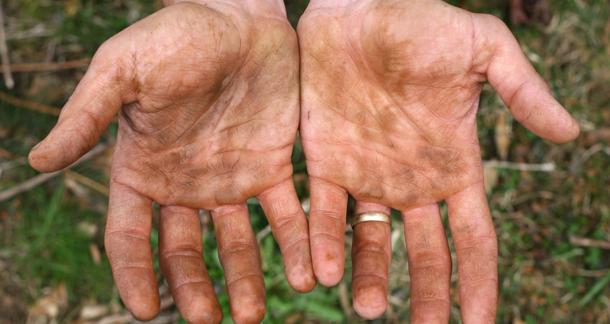 Here's a secret I hope you won't share with anyone: I always wanted to act. When I was young, I danced, took acting lessons. I was too shy for the spotlight, but that didn't keep me from trying on personas, living in imagined worlds. I think this fundamental truncation of my childhood dreams led me to write. I couldn't bring characters to life on the screen or stage, but I sure as hell can on the page.

This is how it's done.

You put on their clothes. You breathe their air, taste food through their tongue.

The first step to becoming a character, which I argue is what makes a holistic and real person in your story, is to get inside of them. That’s right: get all up in 'dem guts. Start by putting together a dossier. Think about their likes, dislikes, personal style. None of this has to end up in your story, but it all serves to get you into character so that their decisions and ideas naturally become yours.

The most fundamental piece in imagining your character is this: what do they wear? It may seem trite, but clothing is what reveals our personalities to the rest of the world. Think of all the people you see, without speaking to, every day. All they know is your appearance—and they’re judging you.

You’re given one life, why not use it to spawn hundreds more through writing? Take the opportunities the world throws at you to crawl beneath the skin of someone else...

Yes, an investment banker is going to wear suits most of the time. But what about when he’s not working: does he go for a confection-colored Brooks Brothers polo with a popped collar, or does he rock vintage t’s and denim? And what can you add to this picture that will give him a bit of depth, hoist him out of the stereotype? Maybe he’s got a beat up old pair of slip-on checkerboard Vans he can’t bear to part with. Maybe it’s a lucky pocket square, or a gaudy pinkie ring that gives his polished look a bit of edge and backstory.

You don’t have to be a fashionista to dress your characters up. Just put some thought into their outward appearance. Start paying attention to what people around you wear, steal ideas that strike you as a good match. Save pictures from magazines that capture the character’s fashion sense.

It doesn’t have to make it onto the page, but what’s your character’s favorite dish? If she were on death row, what would her last meal request be? Are you dealing with a Michelin-star gourmand or meat-and-potatoes comfort foodie? And how can you play with character tropes here? Think about a yoga instructor who thrives on Burger King. A single mom in Cleveland who carefully crafts every dinnertime meal with the guidance of Gordon Ramsay. How about dietary restrictions? Is your character insufferably gluten-free? Allergic to peanuts? Pescatarian?

Details like this can come into play later in the story. Missing a crucial bit of conflict? Try throwing a gluten tantrum into a restaurant breakup scene.

Venturing into the Mind: Peccadilloes and Passions

Everyone has pet peeves, so it’s silly to think your character wouldn’t. What really rankles them? Gum smacking, bad drivers? Or something a bit more nuanced: think about a male character who hates nail polish. How would this affect his dating life? He finds the perfect girl, and she’s a...nail technician. Niggling little details like this are great for tension and conflict, so it’s good to have a few in mind as you’re going into your first draft.

Irritation, check. What about fear? Even a rom-com has a place for phobias. They can be all-out, clinical fears that are fundamentally at odds with the character’s lifestyle: the tattoo shop owner with triskadekaphobia or the germophobic doctor. Or little things: fear of spiders, fear of elevators, fear of tractor trailers, fear of small children. Give some thought to what will make your character squirm and you’ve got a recipe for disaster (the good, dramatic kind).

The flip side of irritations and fears: kinks, of course. There may be no sex in your story, but why not think about what gets your character off? You know you want to. Here again you have a great chance to throw some wild traits into the mix. The mild-mannered, middle-aged secretary who likes to be tied up and whipped. The teenage football player who jerks off in his room to YouTube videos of furries. Think back to our stockbroker friend. Maybe he's looking for a nice girl, but can only get hard when her pretty face is covered with a pillow (or a bag). How is that going to work? Even if it’s behind the scenes, it’ll give him some fantastic flavor.

Now that you have a good idea of what your character’s wearing, eating, and their basic triggers for getting turned on, tuned out, or running away, you’ve got an excellent base to explore their thoughts further. You’ve crawled inside, now it’s time to start seeing the world through their eyes.

You’re in queue at the grocery store, there’s a baby crying behind you, and the cashier is the slowest pensioner in the world. You already know how you feel about this situation, so take the opportunity to imagine your character’s response to it. Does he get huffy? Does she make small talk with the cashier?

Start using these everyday occurrences to consider how your character would act in that situation. A man falls out of his wheelchair on the curb crossing the street: do they help? Does your character notice the smell of jasmine on the sidewalk, or complain about the smell of exhaust? Is your character patient, or fidgety? What sort of tics might they employ when they’re waiting for something, or arguing with someone? Details like this will come in handy when you’re doing things like blocking in dialogue.

I was once struggling to write a critical break-up scene which was going nowhere. Three passes and it kept falling flat; if I didn’t care about the split, why should a reader? At some point I realized that what was missing was the intimacy. How could I write a convincing break-up when I was removed from it, looking down on the scene from my lofty, omnipotent writer’s perch?

Obviously, I had to fall in love with this character in order to properly pound his heart into mush. So I did, and slowly became hot for an imaginary boy spawned of my mind. Then I went in for the kill. And it worked: that emotional component, the sense of reluctance and loss that had been missing in previous drafts was there once I wrote as someone truly ending a relationship, rather than merely writing about ending a relationship.

Love and lust are basic matters of humanity, and chances are one or both will rear their ugly heads in your stories. Tackle them as if you were experiencing that first blush yourself. Pine over reference photos you’ve collected, imagine curling up with that character on the couch for a movie, or a spontaneous kiss on the beach. Trade those shared looks that come with long, comfortable relationships, and close your eyes to feel the sensation of their fingertips brushing your skin.

You’re given one life, why not use it to spawn hundreds more through writing? Take the opportunities the world throws at you to crawl beneath the skin of someone else, and see where they drive you once you’re in. You’ll be amazed at what it does for your stories, and the perspectives you’ll gain on yourself, as well.