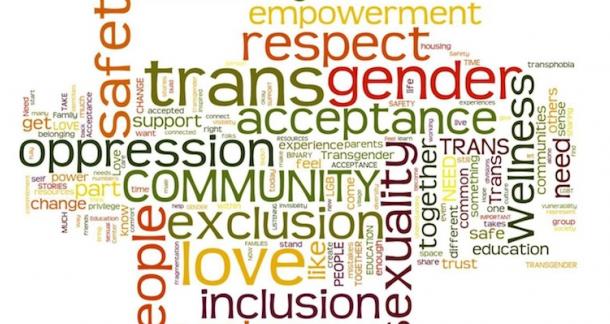 Never before has it been more important to have quality young adult novels depicting LGBTQ characters in the hands of readers. If the wildly positive response to Caitlyn Jenner’s transition in recent media is any indication, the time is right for quality representation of the transgender experience, and thankfully authors are writing important books featuring protagonists who express their gender differently than those of us who are comfortable in the man/woman binary. Here are six unique novels that feature a transgendered protagonist. 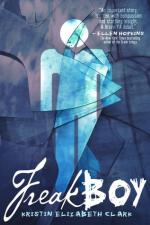 Star wrestler Brendan Chase seems to have it all, with popularity and the perfect girlfriend by his side. From the outside, everything seems to be in place. But on the inside, Brendan is struggling to understand why he feels so wrong in his own body. Fantasies of having long hair and soft curves frustrate and confuse him. He doesn’t know if there’s a name for what he’s feeling, or if he is just a freak. When he meets Angel, he falls into an easy friendship with someone who seems to really understand him. With her support, Brendan finally finds answers to his complicated emotions.

This book is written in verse, which really drives home the story with sparse, powerful language. Not a single word is wasted in this book, with every phrase cutting deep and having an impact. This unique novel takes great care in not offering us stereotypes while presenting the trans/non-binary gender community in an engaging plot. Brendan’s struggle to understand his emotions and how to label himself is universal and heart wrenching. It is an important and complex novel written in stunning, high-impact language. 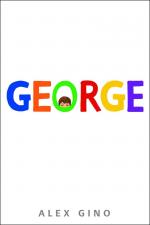 When people look at George, they see a boy, but she knows that she’s definitely not a boy. She’s always been a girl. When George’s teacher announces that their class play is going to be Charlotte’s Web, George is really excited. George wants to play Charlotte in the worst way, but her teacher won’t even let her try out for the part because she’s a boy. Conspiring with her best friend Kelly, George comes up with an idea that will not only allow her to play Charlotte, but will also allow everyone to know who she really is, once and for all.

This book is delightful in every way. It is a middle grade novel aimed at a slightly younger audience, and is superbly executed. George shows kids that presenting as your true identity is possible and that only good can come from being yourself. This book is sincere and joyful, and George’s transition between George and Melissa is heartwarming and hopeful. 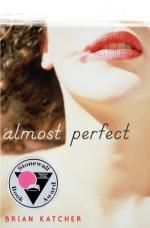 When Logan Witherspoon meets Sage Hendricks, he is drawn to her in ways he cannot explain. She’s different than the other girls at school, with her deep, sexy voice and ready smile. Logan falls for her easygoing nature and spends increasing amounts of time getting to know her, leading up to a kiss. That kiss changes everything when it leads Sage to disclose her big secret: she was born biologically male. Logan is blindsided and betrayed by Sage’s admission and lashes out at her in rage. He separates himself from her, giving himself time to cool off and see the situation through different eyes. Logan regrets his rash behavior and attempts to rekindle their friendship, but reconciliation is difficult when the lines blur between friendship and love.

This is an incredibly complex and engaging novel. There is real honesty in the way that Logan is written. He struggles to reconcile his own preconceived notions with the very real emotions he feels for Sage and the result is an unflinching and honest portrayal of what it means to love someone for who they really are. 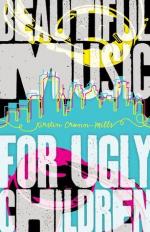 Gabe was born Elizabeth, but recently decided to honor his true self and has been living his life as a boy. Gabe’s parents have a difficult time accepting Gabe as he is and he hesitates to share his secret with the world, but he is hosting a successful community radio show called Beautiful Music for Ugly Children as Gabe. It is only a matter of time before his fans learn his secret, and Gabe is both exhilarated and terrified at the prospect of living authentically out in the open. He struggles with romantic feelings for his best friend Paige and confides in his neighbor and musical mentor, John. When the truth about Gabe’s identity comes to light, not everybody is accepting as Paige and John and violence threatens Gabe’s newfound freedom.

Set against a backdrop of incredible music, this novel does a wonderful job of exploring all the different facets of the transgender experience and how they affect the relationships in our lives, both with our friends and family as well as ourselves. The book doesn’t shy away from the harsh realities of what can happen when someone doesn’t understand, and thus fears the decision that Gabe has made to live as a boy. The violence in this novel is heartbreaking, but Gabe faces it with courage. Seeing the way his friends and the community rally around him is life affirming and beautiful. 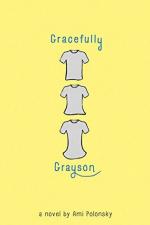 Twelve-year-old Grayson Sender has been harboring a deep secret, allowing indulgence only in private moments while at home, where she dreams big. When she is alone she is free to admit that she is a girl on the inside, and that she is stuck in the wrong gender’s body. But at school Grayson is already teased for being slightly left of center. At first she thinks that she could never admit her secret to her friends and family, but with the help of an unexpected friendship and an incredibly supportive teacher, Grayson gets the chance to step into the spotlight and live her life as she really sees herself.

Gracefully Grayson is a beautiful book about courage, acceptance, and being true to one’s self, and the story is so tenderly told on every level. This book is squeaky clean in terms of content and can be enjoyed by readers old and young. It is a perfectly acceptable book for middle school readers, yet has incredible depth and meaning that will appeal to an older audience. 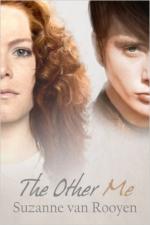 6. The Other Me  by Suzanne van Rooyen

Fifteen-year-old Treasa Prescott thinks she’s an alien. All signs in her carefully executed experiments lead to this conclusion since she clearly doesn’t fit in with the other preppy South African private school kids she attends classes with. She feels claustrophobic in her own skin, constantly questioning herself. When Treasa meets amazing Gabriel du Preez, she thinks he is perfect. Treasa grows increasingly concerned when what she thinks is love for Gabriel turns into a deep longing to just be him. Suddenly she is less sure that she’s an alien and more sure that she’s been born into the wrong gender’s body. Together Treasa and Gabriel battle dark secrets and find a way to live authentically.

This book is a captivating look at acceptance and looking past outward appearances, with wonderful themes of redemption and forgiveness. The Other Me tackles the tough topic of gender dysphoria with grace and compassion, giving readers a look into what it really feels like to live in a body that feels foreign to you.

These six novels prove that when it comes to being transgendered, there is no one singular experience. The beauty in these books is the wide range of representation and views presented. Who is your favorite transgender protagonist in young adult literature?