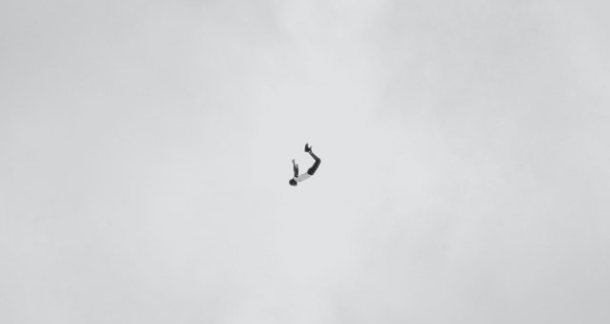 Plenty of people have written about the most famous writing cliché, “show don’t tell.” At this point, I think we all know that the concept behind that is far more complicated than those three words literally imply. However, even for writers who are excellent at “showing” there is often a problem with telling, and it doesn’t result from some failure to use concrete and vivid imagery, or any sort of technical deficiency. Rather, it comes from a lack of trust in themselves and trust in the reader. When this happens, what we have is showing and telling, a pretty common issue with young writers.

Let me give you an example:

She brought the baby to a police station and handed him over. The officer was happy and proud to be involved in a case that involved life instead of death. He provided formula and diapers, and personally knocked on the door of every house in town to look for the baby’s family.

Even for a person who knows the cliché advice and can spot slip-ups in other peoples’ writing—it’s never the same regarding your own story.

It is pretty easy to understand why a writer might think this way. Writers just starting out on their journey don’t have a track record of readers receiving their work in a positive manner. Surely it’s happened, but likely there’s been a lot more criticism regarding what to fix in their writing rather than positive commentary on what is working well. That’s the nature of writing—it takes a long time to develop the right skills, but it also takes a long time to trust that applying those skills is doing the right thing for the story. Even for a person who knows the cliché advice and can spot slip-ups in other peoples’ writing—it’s never the same regarding your own story.

When it comes to trusting readers, the issue is related, but it’s more like a fear of being misunderstood. Writers experience few worse feelings than having someone who reads their story not get the effect that they want. Also, no one wants their story to be a slog, to be something readers have to work hard at instead of enjoy. As a result, we often include far more than is necessary, just to be sure, and that usually results in telling.

With all of that in mind, here’s one possible revision of the above example:

She brought the baby to a police station and handed him over. The officer took the infant with hands he usually used to fill out rap sheets of teenage punks and drunk old men on their way to the tank. He found formula and diapers, and the following day he knocked on the door of every house in town to look for the child’s family.

This version focuses on the officer’s actions, showing his reaction to having the baby in his care. Unlike in the first version, it trusts that the actions alone get across what the officer does and also how he feels, the happiness and pride told to us in the first example. It allows for the kind of depth of understanding writers look for when “showing.”

The upshot of all of this is easier said than done: trust your skills and trust that the reader will come to your writing in good faith and ready to receive what you have to say. Give yourself and your audience the benefit of the doubt. But then, what happens when you miss?

This is where it’s helpful to have a good and supportive writing community. An MFA workshop, a group of fellow writers whom you trust—anyone who can tell you where the moments you pulled back on the telling and thought were clearly showing a character’s emotional turmoil aren’t doing any such thing. Most editors and publishers aren’t going to do that, they’re just going to reject your story (no knock on them, they get so many submissions it’d be impossible to critique the writing before rejecting it). So you have to have people you can rely on to get in depth regarding how to fix the issue. This, of course, applies to so much of being a writer.

Ashley’s mother couldn’t be more different than her father. Her father posed her for each picture, polishing a perfect image before snapping a shot, then hoarded those pictures on his computer, curating and editing, sometimes going back to those he took years earlier for a touch up. Her mother, though, would snap a quick shot and get it up on Instagram immediately.

You want to be the writer who trusts themselves enough to cut that first sentence, to let the imagery from the next two show how different that mother and father are from one another. You want to trust that the reader will come to that conclusion, “different kinds of people,” without being told to do so. And you want to have a community which is there to help when you miss.

If you’re on this site and reading this article, you know what “show don’t tell” means. The more advanced question is whether you trust yourself and your readers enough to truly apply it to your writing. In my experience, most writers should—they’re better than they think.