Shotgun Do Your Stuff: A Joe R. Lansdale Primer 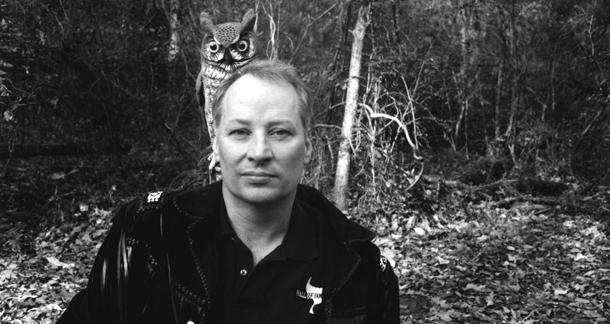 I’m from East Texas, a quaint land of pine trees and picket fences and more churches per capita than any other region in the world (don’t check my math on that). Have you seen Bernie? Bernie got it right. Like this guy:

East Texas is the land, love it as I do, that forced me to spend my high school weekends driving two hours south to Houston any time I wanted to watch a horror movie on the big screen, because that business don’t fly in Lufkin, Texas. The sweet, salt-of-the-earth folk behind the Pine Curtain aren’t much for blood and guts, and I felt a bit of an oddball for my obsession with Stephen King and George Romero. So when I first discovered kindred spirit Joe R. Lansdale, it was as if I heard a chorus of demons singing. 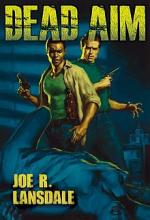 Lansdale was born in Gladewater, Texas (population 6,228) and now lives in Nacogdoches, Texas (population 32,996), as much my old stomping grounds as can be. And the man doesn’t just dabble in the muck, he lives in it, reveling in the horrific, the darkly absurd, the gloriously gross. His language is earthy and real, as Texas as barbecue and breakfast tacos.

He’s possibly best known for his series Hap and Leonard, about a pair of East Texas friends and martial arts experts (as is Lansdale himself, the badass) who have taken it upon themselves to solve the violent crimes abounding in their fictional town of LaBorde. Hap’s a white pacifist draft dodger, a sucker for the ladies and a big softie. Leonard’s a gay, black Vietnam vet who chases violence while Hap avoids it.

Lansdale is also responsible for the blessed book Bubba Ho-Tep, out of which a cult movie directed by Don Coscarelli and starring Bruce Campbell was made. Bubba Ho-Tep’s a novella that follows an aged Elvis Presley who's still alive (that guy who died on the toilet? An impersonator) and trapped inside a Nacogdoches nursing home currently being attacked by an ancient Egyptian mummy. Sounds silly? Well, it is, but it’s also a meaningful treatise on the way our culture disposes of the elderly. 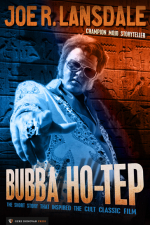 Lansdale has another popular collection of books, The Drive-In series. The Orbit theater shows a riot of sex, blood and aliens on Friday nights, and during an all-night horror movie marathon, a vicious comet lands and traps the theater-goers in a hellacious rampage of violence and guts on and offscreen. When the horror leaves the screen and dives into real life, we see the truly bleak depths to which humanity can sink.

There’s also his Ned the Seal books, Zeppelins West and Flaming London (also published as an omnibus titled Flaming Zeppelins). The books are steampunk historical fantasy adventures featuring appearances by Annie Oakley, Mark Twain, Jules Verne, Wild Bill and more – and even all of those words don’t quite describe the screwy antics of these pulpy homages to absurdity.

His first novel was Act of Love, published in 1981, which takes place in Houston, Texas (my current stomping grounds, just outside of the Pine Curtain, where civilization begins). A serial killer is attacking Space City, sticking to the poor side of town as the HPD is helpless to stop him. 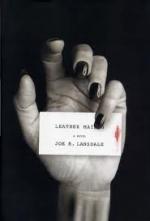 He also completed a fragment of a Tarzan tale left unfinished by Edgar Rice Burroughs in Tarzan: The Lost Adventure, and I can’t think of a more worthy successor to the pulp master. He visited zombies in a West Texas town under siege by an unfairly lynched Indian medicine man in Dead in the West. An Iraq War vet becomes a newspaper reporter obsessed with a cold murder case in Leather Maiden; a little kid is the only one who can see a haunted house in Something Lumber This Way Comes.

And of course, the man’s written hundreds of short stories, publishing 24 collections to date. He’s also written screenplays and comic books and novellas – he’s written more in forty years than most people could write in five lifetimes.

And what have all of these wildly diverse publications in common, other than Lansdale’s foul mouth and blade-sharp humor? What I love about the East Texas he writes is that it’s an encapsulation of the whole country – the whole world, even. Sure, East Texas has more rednecks, but Lansdale writes of a region populated by those who are ultimately good, pitted against the racists, the sexists, the homophobes – and of course, against pure evil.

And isn’t that true of everywhere? No part of the world is all good or all bad, but those who are good must fight against injustice, corruption and wickedness…and sometimes they will lose. That’s just the way the world works.

Amid the wisecracks and the splatter, the down-home dialogue and the darkness, Lansdale has stumbled on to a pretty good portrait of humanity. He just makes us all seem a little more interesting.