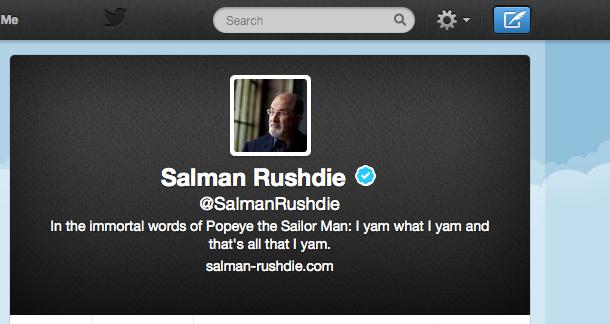 ‘If I’d had more time, I would have written a shorter letter.’

As Blaise Pascal noted, for most writers, brevity is a challenge. But if the idea of condensing your epic-fantasy-vampire-dragon saga into a mere 350,000 words curdles your brain, how much more bowel-wrenching is the concept of thrilling the world with a mere 140 characters?

Twitter is constantly touted as the platform-building tool of choice for the aspirant author, yet it seems almost purpose-designed to reduce most of us to silence, or at best the occasional, perplexed retweet.

It doesn’t have to be that way. Follow this simple set of rules and make Twitter your very bestest ever friend.

Given that Twitter is mostly white noise of the OMG Justin Bieber just tweeted about his bowel movement variety, the key to success on this platform is not being like everyone else. Given that EVERY author in the known Universe has at least one and probably several cats, the logical premise you can draw is that telling us your cat is on your keyboard is unlikely to draw a crowd of followers, gagging with curiosity, to your account.

My evidence: an article about the best authors on twitter includes three whose sample tweets are about cats. The overall impression this creates is that authors are a sad bunch of no-mates, with cat hairs on their jumpers and whiffy carpets. That said, there is one cat-tweet in the same piece which did get my attention

From which you can derive the information that if you have to tweet about cats, make it exploding cats.

Unless you want all your followers to be writers. This is the big rookie social media mistake most authors make – confusing your community with your target audience. You want *readers* to follow you – right? Then tweet about the stuff which interests them and not how you’re still stuck on chapter 3 and would rather be watching your cat explode than writing.

But what interests my readers? I hear you bleat. Dudes, if you haven’t figured that out…

By which I do not mean your warp drive, I mean your followers. Many new to twitter see it as some kind of soap box/megaphone combo upon which they may stand while blaring self-promo to the world. Small wonder that when confronted with that most of us hurry by, heads averted, desperate not to make eye contact.

Do not be that person. Be instead YA author and Twitter supremo @maureenjohnson.

When not being chased by dinosaurs or floating in a duck pond, Maureen is inviting her followers do the same. Follow Maureen and you will be taken on a voyage of madness, balloons and flying monkeys. And warm blankets from the warm blanket cupboard.

Twitter is a conversation, not a monologue. Ask questions. Propose situations. Get involved in the flying monkey journeys of others. And remember, you don’t always have to initiate. Half the fun of twitter comes from replying to other people’s tweets. Do this enough and in the right way and you will soon find you’re beginning to build a little coterie, and suddenly the whole business of tweeting becomes less like standing in an empty room and more like sitting around a pub table and having a good old larf.

Yet once you start to have a regular seat and you need only lift an eyebrow to the barman to find your order waiting, what happens when someone new pulls up a chair to your table?

Unless that person smells strongly of fish and has a hacksaw sticking out of one pocket, your reaction must ALWAYS be to greet that person warmly and invite them to join in. Cliques in any setting are a death to social interaction, but they abound on Twitter just as they do everywhere else.  So once you have your little group of twitter peeps organized, don’t for the love of all that’s sacred, do this:

That would be Salman Rushdie, by the way. If you heard a loud clang while reading the above exchange, it was the sound of a name dropping.

Inclusiveness is the key to social media success. Even if Charles Dickens rises from his grave in order to fave your tweet, don’t start acting like you’re Little Miss It.

If you have a special area of knowledge (pace rules #1 and #2) tweet about it. Craig Morris (@grasscraig) is a grassland ecologist which means there is nothing about meadows, turf and sward that he doesn’t know. So he tweets about them and his enthusiasm for his subject is infectious, even for someone like me, whose knowledge about grass could be written on a blade of the stuff. Elizabeth S Craig (@elizabethscraig) tweets interesting articles about the business of writing and publishing, along with occasional recipes. Remember that list: surprised, amused, excited and intrigued? Twitter experts like Craig and Elizabeth aim to intrigue, by passing along little snippets of information that you may or may not want to follow up. It doesn’t really matter if your area of excellence happens to be plastic penguin models or Victorian venetian blinds, approach tweeting with a genuine desire to show everyone how awesome your penguin models are and the world will respond.

Rule #6 Be Who You Are (or possibly someone else)

Be you. Don’t be anyone else. This is probably the most important rule of all and the hardest to pin down. All identity is constructed and social media identity is more constructed than most, but even so, if you attempt to be someone you are not, that will be plainly obvious to everyone you meet. You don’t have to bare your entire personality, warts and all, but however you approach Twitter, what you put out there must in some way reflect an aspect of you, and by that I don’t so much mean your personality as your outlook on life. Pessimist, optimist, feminist, piss artist – whatever preoccupies and moves you has to be central to your Twitter persona.

But being yourself doesn’t mean just being yourself. Twitter is a creative medium. If you see the world the way Homer Simpson does, then Twitter offers you the chance to be Homer Simpson. Take Henry Tudor (@KngHnryVIII). We can be fairly sure the person pressing the keys is not actually the man who ruled England between 1509 and 1547, but whoever it is channeling Henry in new and quite surprising ways:

You too can be a medieval monarch. Pretty soon I’m going to be Ayn Rand. With Twitter, the possibilities are endless.

Rule #7 Remember This Is Supposed To Be Fun

I watched a video on YouTube recently all about how writers can make the most of Twitter (I won’t say who made it, because @LitReactor follows this account and for all I know they are blood-relations). The video was around an hour long and packed full of information about lists and hashtags and storify and probably the consequences of waffle eating on the Fijian economy and other things about which I will remain ignorant because I woke up, cheek pressed to keyboard, long after it had ended.

If you want to treat Twitter like phase 1 of your Grand Master Plan to conquer the civilized world, then good luck to you. We are constantly led to believe that the only point of twitter is to have a following in the millions, which means that @cathinnorway with 254 followers is completely wasting her time. I don’t see it that way. If I wanted 8 million twitter followers I would be Paulo Coelho and believe me when I say I would rather windsurf naked across Antarctica than be Paulo Coelho. Not that he isn’t a nice person but well…The Alchemist.

5 More Quick, Easy Ways to Promote Yourself in Your Underwear