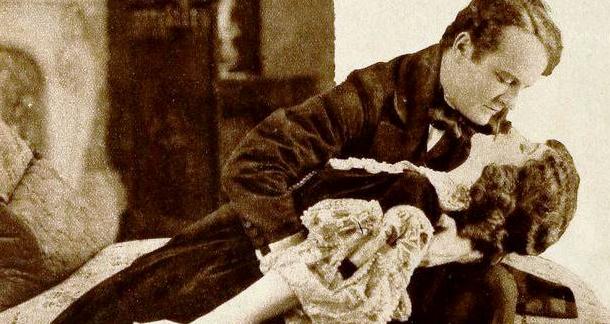 About four years ago, a bookstore owner advised me to read romance novels.

Romance readers are some of the most dedicated of any genre, he told me. They’ll stick with a series or favorite author through any number of pitfalls, continuing to buy new titles. Bring on a romance expert, and you’re basically guaranteed regular customers.

For several years after that encounter, I alphabetized, inventoried, and shipped hundreds of romance novels as a professional bookseller. I recognize the names of Nicholas Sparks, Debbie Macomber, Sheryl Woods, and Nora Roberts; I’ve sold their novels to customers en route to the beach or a long flight. And all that time, I couldn’t help but feel slightly disingenuous because of one small fact: I’ve never willingly read a romance novel. This Valentine’s Day, I decided to change that for a number of reasons.

The worst part of the entire experience was purchasing the novel... After that, it was just a book like any other, and I was free to judge it on its own merits instead of what shelf I bought it from.

To start with, the bookstore owner was right—romance readers are loyal, according to consumer statistics. Of romance readers polled by Bowker Market Research, only twenty-five percent said they read romance occasionally. The majority were “avid” or “frequent” readers. According to RWA (Romance Writers of America), romance sales outpaced science fiction, literary fiction, and mystery to hold the largest share of the U.S. consumer market in 2012. That’s pretty astonishing, given the negative associations many readers have with quality in the genre.

If the statistics produced by the RWA are to be believed, most romance readers fit the description of what you'd expect; they're middle aged, affluent women who dislike Twitter. However, several factors may point to a slight shift in these demographics. Trade romance saw a boost in sales after the stock market crash of 2009, and the AAP's (Association of American Publishers) most recent BookStats report shows that the trend is still going strong.

Author Janice Radway polled a number of regular romance readers in her book Reading the Romance from the 1990s, and found that many women likened them to a positive form of addiction. As opposed to pills or alcohol, reading is viewed by society as a constructive activity that still offers a channel for escapism. A New York Times article from around the period of the crash also points to the therapeutic value of romance, however, a major change had taken place by that time—books no longer had to be purchased in stores. Currently, romance is thriving on Amazon and eBook sales have taken off. Anyone can pick up a cheap bodice-ripper without fear of ridicule. And with the way the economy has been over the past few years, it isn't just affluent middle-aged women who need a mental vacation.

About a year ago, in fact, it was revealed that the prolific romance novelist Jessica Blair was in fact 89-year-old grandfather, Bill Spence. Considering that the bulk of romance purchases are now made online, it isn’t beyond the realm of possibility that more men might be buying them than the numbers reflect.

I've never been a fan of pink, and I found that the romance section of my local Barnes & Noble made me slightly uncomfortable. With a stifling amount of lace and ruffles and horses, it was as clearly marked for women as the Barbie section is for little girls in most toy stores. Eventually, I selected A Little Night Magic by Lucy March for its cleaner, more gender-neutral presentation. A bit apprehensively, I began to read.

Probably the biggest surprise that came with actually reading a romance (as opposed to just making jokes about them, as I've done in the past) was that there was almost no romance involved until chapter five. Before that point, any sort of canoodling was overshadowed by the protagonist’s relationships with childhood friends, coping with the death of her mother, waffles, and a strange ability to turn phones into bats (?). Did I mention waffles? My favorite piece of dialogue between the MC and her love interest was this:

What the hell are skinny jeans?

They’re the jeans that you buy that are too small so that someday you can wear them and feel awesome.

There are so many things wrong with that sentence. I don’t even know where to start.

March isn't exactly the next Hemingway—the plot was slow in places, the fantasy elements sometimes seemed a little odd or displaced—but that was never the goal, and Night Magic was appealing in its lack of pretense. I mention these things, what I liked and disliked, because they lead me to a realization. The worst part of the entire experience was purchasing the novel and feeling like Kathleen Turner from Romancing the Stone (1984). After that, it was just a book like any other, and I was free to judge it on its own merits instead of what shelf I bought it from.

Of course there are some trashy romance novels on the market that live up to the worst of the genre's criticisms, but who knows how many decent characters and stories are passed over by readers who don't want to buy a pink book? Returning to an earlier reference, toy stores are beginning to change how they market Barbies—maybe romance novels will follow one day.

Image is public domain via Wikipedia.

That section of the bookstore is pretty scary. You're right about it being very pink too. I've read a handful of romance novels because my mother used to be part of one of those mail-order book club things. Some of them are absolutely wonderful. Others are painfully awful. I noticed that a lot of my male co-workers have started reading romance and erotica lately. They always ask me if I've read certain ones, and I haven't. My male students ask me about the books too. The most borrowed books in my classroom are the Twilight books, and I have 90% male students. You'd think they'd grab my Stephen King or Tolkien books more, but that's not the case. At our core, I believe that all of us can buy into a love story. Most people want to love and be in love. It is a universal emotion. When we look at a lot of classic literature we find romance quite often.

One of my favorite "romances" is Troilus and Criseyde by Chaucer. One of the best I read from my mother's collection was This Time for Keeps byMaureen Child. It got a new cover for Kindle, but the paperback one I read was... pink and purple. I read it when I was 16, so I can't truly say that it is a great book. I just remember really enjoying it, which was weird because I was all about horror novels and grim endings back then.