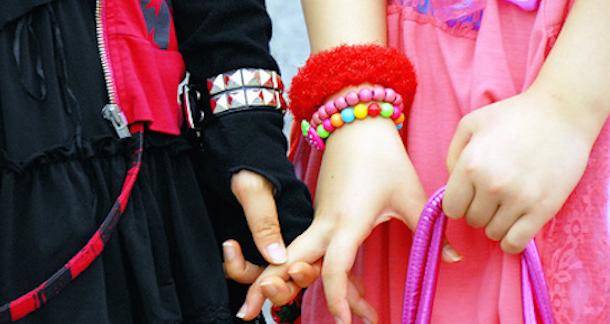 Although the number of young adult novels featuring LGBT characters has risen overall, lesbians and bisexual women continue to be marginalized and erased in the media. Luckily, the times are changing, and with increased exposure and reader’s desire to see themselves in the pages of the books they read, there are more and more young adult novels that explore the lesbian and bisexual experience. Here are seven unique YA novels that feature a lesbian or bisexual woman as the protagonist. 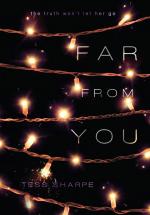 Sophie struggles daily with her commitment to sobriety. Four months ago, her best friend Mina died in what the community believes was a drug deal gone wrong—a deal they think that Sophie was responsible for. But Sophie knows the truth. She’d been sober at the time, and it was no drug deal that left Mina dead. Sophie and Mina shared a secret, and Sophie knows that Mina’s murder was deliberate. After being forced into rehab for an addiction she’s already beaten, Sophie emerges determined to track down both the truth and Mina’s killer. But she must do so before the killer finds her first.

This book is deftly plotted and fast-paced, featuring a same-sex relationship that shapes the narrative. It is an emotionally driven love story and a deeply unsettling mystery, all wrapped up in beautiful writing. 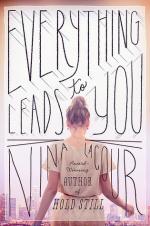 2. 'Everything Leads to You' by Nina LaCour

Emi has already started making her mark on the highly competitive Hollywood scene as a young set designer, but her real-life relationships are all over the place. She has been on again-off again too many times to count with her first love, the beautiful and successful Morgan, and is dangerously close to losing respect from her best friend Charlotte. But then Emi finds a mysterious letter from a Hollywood film legend at an estate sale and the letter leads Emi straight to Ava. Ava is everything Emi needs to break out of her relationship rut. She’s beautiful and enigmatic and Emi is smitten with her. But more than that, Ava is about to show Emi a thing or two about acceptance and true love.

This book is an absolutely beautiful love story wrapped up in an intriguing mystery, and is of course a love letter to old school Hollywood and classic filmmaking. Readers will love to root for Emi on her journey of self-discovery and will enjoy the delightful cast of secondary characters introduced in the book. 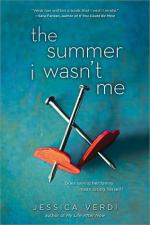 3. 'The Summer I Wasn’t Me' by Jessica Verdi

Lexi never meant for her mother to find out she likes girls, but when she does, Lexi will do anything to make things better at home. She simply cannot afford to let this tear apart what’s left of her mother’s sanity after losing her father. But Lexi knows that she can change. She can learn to like boys. So Lexi heads off to New Horizons summer camp, where she will learn to do just that. At New Horizons Lexi meets new friends and finds that being true to yourself is really the best policy.

This book will make you feel on so many levels and will make you think about what it means to live authentically. It is both a harsh look at the realities of being persecuted for your sexuality as well as an uplifting story of redemption. With a sweet, slow-burning romance and wonderful friendships, readers will root for Lexi and her friends every step of the way. 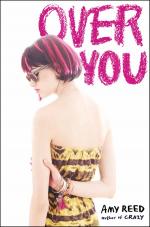 Max is wholly devoted to Sadie, so when Sadie decides to escape her problems and spend the summer in Nebraska with her mother, naturally Max follows along. Sadie is everything to Max, and she relishes the chance to spend a summer bonding with her best friend. But the relationship is toxic. Sadie has never allowed Max to become close with anyone else, and Max is lost without Sadie’s guidance. She just doesn’t know who she is without Sadie. When Sadie falls ill, Max is left to navigate her days alone, and when she meets dangerous and dark Dylan, he awakens something in Max that she never knew existed. Without Sadie by her side, Max must learn to live her life by herself.

This book is beautifully written, with smart, stunning prose and striking imagery. The toxic friendship takes center stage, revealing intense and deeply conflicted characters. The book features a bisexual main character, but it is about more than her sexuality. It is a story about finding yourself and becoming the person you are meant to be. 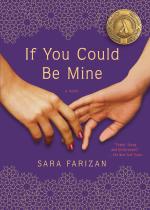 5. 'If You Could Be Mine' by Sara Farizan

Iran is a dangerous place for two girls in love, but seventeen-year-old Sahar has loved her best friend Nasrin since they were little girls growing up. The two girls have secretly shared stolen kisses and romantic promises, but know that they can never be together living their lives as they do now. To admit their attraction could mean beatings, imprisonment, or even being executed. When Nasrin’s parents announce that they have arranged for her marriage, Nasrin tries to convince Sahar that they can go on in secret, but Sahar dreams of loving Nasrin openly and exclusively. Soon Sahar stumbles upon the perfect solution. While homosexuality is a crime, sex reassignment is legal and seems to be the perfect answer. But will Nasrin accept Sahar as a man, and can Sahar sacrifice her true self to be with her best friend?

This book is a painfully beautiful love story and a fascinating look at sexual policy in modern Iran. It examines some very intense subjects, including homosexuality and gender dysphoria, for both Sahar and some secondary characters in the novel. It is a short but powerful and important book. 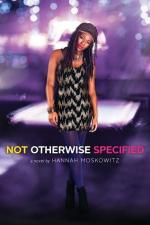 6. 'Not Otherwise Specified' by Hannah Moskowitz

Ella lives in a world where labels define her very existence, yet she feels too “other” to fit under them. She’s not thin enough or white enough to be a ballerina, not gay enough for the Dykes, and not quite sick enough to call herself anorexic. Etta just doesn’t seem to fit in anywhere until she meets Bianca in therapy group. The two girls are auditioning for a prestigious New York theater academy, and Etta quickly falls into Bianca’s small group of close friends and family. All of a sudden she seems to fit. But when Bianca’s health spirals out of control, Etta must decide if she can be a savior, or if she needs saving herself.

This book is a wonderful look at what it means to live life under a label and how to reconcile the fact that you just might not fit in at all. With a fiercely independent bisexual main character and a diverse cast of secondary characters, it speaks to the idea that we are all worthy of belonging, just the way we are. 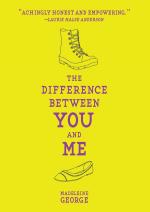 7. 'The Difference Between You and Me' by Madeline George

On the outside, Jesse and Emily couldn’t be more different. Jesse cuts her own hair with a Swiss Army knife, wears big green fisherman’s boots, and is the founding member of the National Organization to Liberate All Weirdos. Emily, on the other hand, wears sweaters with faux pearl buttons, is always put together, and is vice president of the student council. Not to mention the fact that Emily has a boyfriend. The two girls have absolutely nothing in common, except the passionate private time they share every Tuesday afternoon in the bathroom of the library. Jesse wants to go public, but Emily feels she has too much to lose. Tensions flare and emotions rise when the two girls find themselves on opposite sides of a heated school conflict and they are forced to decide what’s really important to them.

This book is a fun look at how two very different teens handle the sometimes fluid and confusing topic of sexuality and does a great job of depicting the awkwardness of the teen experience. Readers will be cheering for the big corporation to go down as Jesse fights for her school and community, and will root for her to find the love she deserves.

These seven young adult novels do a wonderful job of showing the rich and diverse experience of lesbian and bisexual women, but are by all means not the only ones out there. What are your favorite books featuring a lesbian or bisexual girl as the main character?