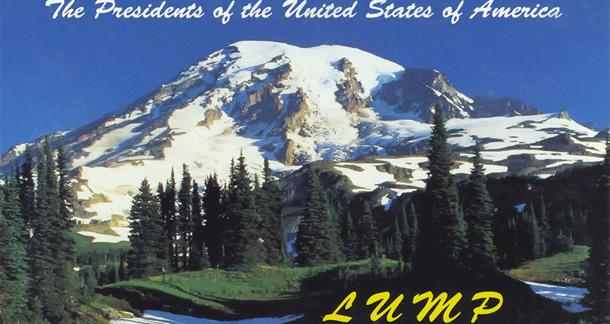 So this article idea started with a recent trip to Seattle (yep, for the AWP Conference). During the trip, I heard the 90s classic “Lump” by The Presidents of the United States of America no less than 4 times! Considering the song is not on regular rotation on any radio station anywhere these days, I thought that was a fairly interesting coincidence, and by the third time I heard it, I actually started to listen to the lyrics.

It occurred to my word nerd brain that these were pretty good examples of the poetic literary devices alliteration and assonance. Then I started thinking about how song lyrics are just another form of literature that employ many of the same tropes and tools used by poets and other writers.

In this article, I will explore some well-known literary concepts as they appear in songs. Of course, for each concept there are thousands of possible examples, and you will probably get a pretty good idea of my musical tastes by the end of it, but it's just for fun.

Ok, so I can probably include every song ever written here, as metaphor is a very common trope used in writing of all kinds to convey an idea on multiple levels. In fact, many songs are really just one long metaphor.

That said, I recently heard a song with a lyric that reminded me of the famous Ezra Pound micro poem:

In a Station of the Metro
The apparition of these faces in the crowd;
Petals on a wet, black bough.

That line comes from the song “Trance Manual” by John Vanderslice. It uses a similar style of juxtaposition metaphor.

Oh dressed like that
You are a flag of a dangerous nation.

While they may not be one-for-one comparisons—(i.e. Pound's comparison is more visual and Vanderslice's is more conceptual, I mean, what does “the flag of a dangerous nation” look like?)—but they carry the same method of weighting one idea against another to make a point—and make it very quickly.

Giving human voice to objects and animals is a very common part of many poems and songs. However, when I think of songs that include personification as a major component, Ben Gibbard's relatively recent ode to the Smith Tower in Seattle called “Teardrop Windows” comes to mind. The whole song is written from the point of view of the building—once the tallest building in the West, now dwarfed by nearly every other building in the city (and in every other city).

The irony of the word “onomatopoeia” is that it is not an example of what it describes—words that sounds like what they describe. For example, “boom,” “ding”, “bark”, etc. are all examples of onomatopoetic words. British rapper M.I.A. has a great example of onomatopoeia in her song “Paper Planes." The words aren't exactly spoken in the song, rather she inserts sound effects, but it works so well and reminds me how music and poetry can blend to create a layered experience.

One of my very favorite dramatic monologues in the English language is “My Last Duchess” by Robert Browning, in which the haughty Duke admits to having his last wife killed because she smiled at someone besides him. It's lovely and creepy and it sticks with you.

In contemporary music, the best example I can think of is the hilarious almost spoken-word Hump Day Anthem “Business Time” by Flight of the Concords. It has, as you might imagine, a completely different tone (and ending) than Browning's poem, but in some ways they echo each other. One is the tragic story of a woman owned by a ruthless and jealous husband, and the other is an all-too-true characterization of sex and love between modern couples who are settled with each other. It's also very, very funny.

I know, I know. You hate the song, but the recent radio darling by Gotye called “Somebody That I Used to Know” is a good example of a song where two or more points of view are presented. The first few stanzas are sung by the male character lamenting how his ex just cut him off after their breakup. Then the ex chimes in with her own story of how the boyfriend “screwed her over” and didn't live up to his promise to not get “hung up on someone that [he] used to know.” It's a great example of a story told by two sides.

However, my favorite he said/she said song is “Don't You Want Me” by Human League. Let's review:

You were workin' as a waitress in a cocktail bar
When I met you
I picked you out, I shook you up and turned you around
Turned you into someone new
Now five years later on you've got the world at your feet
Success has been so easy for you
But don't forget, it's me who put you where you are now
And I can put you back down too.

But then she rebutted:

Well, she told him!

So cliché may not be a “literary concept” as much as it a crutch (oops, is that a cliché, too?) However, some poems and songs lean on common cliches to make an argument that will be understood by a wide audience. In popular music (of any genre), cliches are easy to find. I don't have a problem with a modest use of cliches when used to create understanding, but sometimes, it goes too far.

Case in point. The song “Roar” by Katy Perry contains at least six cliches just in the first stanza:

I used to bite my tongue and hold my breath
Scared to rock the boat and make a mess
So I sat quietly, agreed politely
I guess that I forgot I had a choice
I let you push me past the breaking point
I stood for nothing, so I fell for everything

By the end, I counted 18 (maybe more) horrible cliches. It's so bad that if you made it a drinking game, you'd be looking for a barf bag by the time Ms. Perry sings,

Now I'm floating like a butterfly
Stinging like a bee I earned my stripes
I went from zero, to my own hero

Kanye West sees colors when he hears music. (Of course, you do, Kanye, of course you do...)

He's not alone, though, many “creative types” claim to have synaesthesia, a neurological condition that causes a person to see color when they hear music, see certain numbers or letters, or perceive certain times/days/weeks/months etc. Both Itzhak Perlman and Vladimir Nabokov reported having synaesthesia.

As a literary device, synaesthesia can add depth and mysticism to your writing by conjoining multiple senses. A classic example of syneasthetic elements in a poem is Dante's “Divine Comedy,” in which he says they went “back to the region where the sun is silent.” He combines the sound (or lack of sound) with the image of the sun.

In the song “Bold as Love,” Jimi Hendrix sings a rainbow of synaesthetic images. Take this section from the third stanza of the song.

My red is so confident that he flashes trophies of war,
and ribbons of euphoria
Orange is young, full of daring,
But very unsteady for the first go round
My yellow in this case is not so mellow
In fact I'm trying to say it's frightened like me

Care to weigh in?

Of course you do! I had to stop this article somewhere. There are many, many examples of these devices in song as well as other devices such as ode, setting, plot, rhyme, etc. But if you'd like to add your songs to this list, I'd love to hear them!

"Loneliness lays down his head
Wants to get you high, better take it now
A man like that's like an unmade bed
Stained eyes searching for another way out"

I see personification and metaphor straight away. Not sure what you'd call "stained eyes." Possible synesthesia, though not rooted in the senses per se. Awesome use of words all around.

Foreshadowing and paradox as well, if your going with sort of an epic poem. This was what I was originally wanting to cut my teeth on, so to speak.

I still want to see some good epic poetry as science fiction though.

When I use paradox, I mean a what goes on on the outside happening in an opposite way from what goes on inside the mind, yet both events are equally true.

For four forthnights I have fled from my fortress.
Foraging forests five footsteps in lenght.
Fortitude found withing forty ounce bottles.
Flowing like flies from your face.
From your face.

Dont get much more assonant than that.