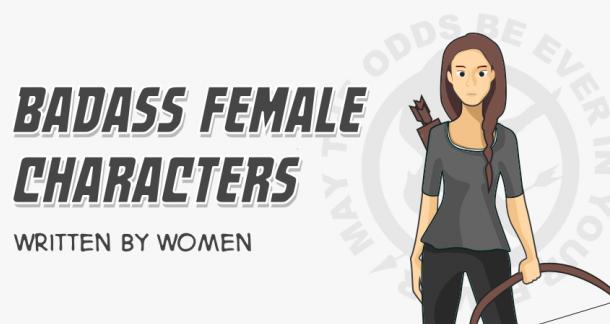 At Glamour Magazine’s 25th annual Women of the Year Awards, recipient of the Hollywood Hero award, Reese Witherspoon, said, “I dread reading scripts that have no women involved in their creation — because inevitably, the girl turns to the guy and says, ‘What do we do now?’” While she declared exasperation at this line, she urged women to turn the question back on themselves and to ponder, “What can we do to encourage the creation of more empowered female characters?”

Luckily, women writers have been answering that very question for a long time now: “write them ourselves!” So to celebrate International Women's Day 2018 (I know, we are a little late), we want to pay homage-in-the-form-of-a-list to seven of literature’s badass female characters, written by female authors. 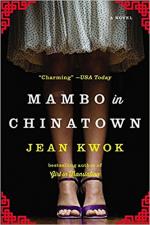 The expectations of our family can weigh on us heavily. Sometimes it feels like the only way to get out from under them is through… dance? For Charlie Wong, anyway, that is the case. Living with her widower father and working a job she hates — as a dishwasher — Charlie lands a job as a receptionist at a ballroom dance studio. Her introduction to the world of dance does more than ignite an unnoticed passion in her, it puts her whole sense of self and perspective on her own life into clearer focus. Of course, things are never that easy, and along with dance, Charlie must learn how to juggle: between the expectations of her family and her vision for her future.

-Her willingness to confront new challenges.
-Her ability to honor her culture while also growing into her own lifestyle.
-Do you know how to mambo? Didn't think so. Charlie Wong does.

Samwise and Frodo, Tonto and the Lone Ranger, Pinky and The Brain… there is no shortage of stories featuring a “Hero” who wouldn’t have gotten far without their “Sidekick.” When it comes to Harry and Hermione, the Chosen One and Ron would likely be living a very cozy life wrapped in Devil’s Snare while Voldemort enjoys total domination if it weren't for her. Not to mention the hundreds of other times she saved her friends (and the wizarding world at large) after their quest for the Philosopher’s Stone.

-Her intelligence — she is after all the “brightest witch of her time.”
-Her right hook — er, I mean, her ability to stand up for herself.
-Her unwavering loyalty as a friend.

“Are you planning to follow a career in Magical Law, Miss Granger?” asked Scrimgeour.
“No, I’m not,” retorted Hermione. “I’m hoping to do some good in the world!” 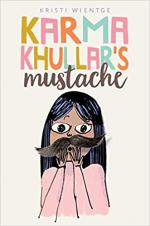 Karma Khullar is eleven years old and is just about to start the 6th grade. And as if a girl at the outset of her middle school career — and not to mention puberty — doesn’t have enough to contend with, Karma just received a couple of unexpected visitors: 17 new hairs above her upper lip. But what really defines Karma isn’t any of this: it’s her determination to stay true to herself, while reconciling the various parts of her identity with those of her classmates, who are only too eager to point out Karma’s differences.

-Her pursuit to choose positivity in the face of negativity.
-Her resilience — she doesn’t change for the sake of others.
-Her plucky attitude — and her unwillingness to conform via hair pluckers.

“Dadima used to say I’d be as strong as lion if I drank milk twice a day. She never mentioned I’d get as hairy as one too.” 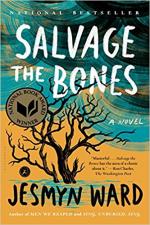 Esch is a sexually active, fourteen year-old girl who’s lost her mother and is now about to become a mother herself. She and her family live in a predominantly African-American, working-class bayou town in Mississippi that is preparing for Hurricane Katrina to touch down in just a few days. With a deceased mother and an absent, alcoholic father, Esch struggles to find out what it means to really love. Is it the way she feels for books and Greek mythology — which she uses to explain the world around her? Is it the way she feels for the father of her unborn child who has rejected her? Each day of the novel represents a struggle, one that Esch meets head-on.

-She is Tough with a capital “T.”
-She sees life everywhere she looks, and is beautifully descriptive. A handsome boy’s muscles “jabbered like chickens,” while her brother’s blood, “smells like wet hot earth after summer rain.”
-Her devotion and fierce loyalty to her brothers.

“And I get up because it is the only thing I can do.” 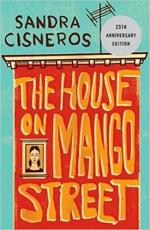 5. Esperanza Cordero — 'The House on Mango Street' by Sandra Cisneros

Like many coming-of-age girls, Esperanza is torn between her desperation to be able to define herself on her own terms, and her ties to the people around her. She breaks through this struggle via two major realizations: 1) Her sexual awakening and evolution from being a child nervous to talk to boys to a woman who owns her sexuality. 2) Her moral development, and the realization that in a poverty-stricken neighbourhood, the way forward isn’t “each man or woman for his/herself” but through community and responsibility towards one another.

-Her self-reliance — she uses her talents as a writer to pull herself out of a cycle of poverty.
-Her sense of responsibility towards supporting other women.
-Her raw honesty about loneliness and shame.

"She looked out the window her whole life, the way so many women sit their sadness on an elbow... I have inherited her name, but I don't want to inherit her place by the window." 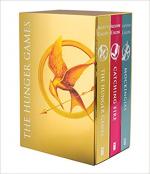 Katniss’ most significant strength lies in the way she does not allow the world around her to change her fundamental character. While the circumstances around her become more bleak and unfeeling, she remains true to her values of social justice and moral responsibility to her community. Fame doesn’t turn her into an attention-seeker, just like the deadly arena doesn’t turn her into a cold-blooded killer. In the first novel, Peeta admits to Katniss, “I don't want them to change me in there. Turn me into some kind of monster that I'm not.” It’s no small feat that both of them manage to accomplish this.

-She’s a freakin’ ace with a bow and arrow.
-The lengths she’s willing to go to to protect her loved ones.
-She’s a rebel with a cause: she breaks the rules when she knows she’s right to do so. Such a hunting illegally to feed her family.

“My mother and Prim would live there with me. No more fear of hunger. A new kind of freedom. But then…what? What would my life be like on a daily basis? Most of it has been consumed with the acquisition of food. Take that away and I’m not really sure who I am, what my identity is. The idea scares me some.” 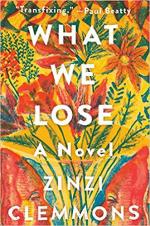 7. Thandi — 'What We Lose' by Zinzi Clemmons

Half black and half white, Thandi feels constantly like an outsider, caught between the ties to her current home, America, and the place of her mother’s upbringing, South Africa. Because of this, Thandi’s only real sense of home comes from the most important person in her life: her mother. So when her mother succumbs to cancer, Thandi feels more lost at sea than ever. What We Lose is an account of Thandi’s struggle to figure out who she is while both unmooring and connecting with the people and places that have shaped her, and her struggle to overcome the feeling of helpless grief.

“Yes, there is that dark, terrifying loneliness that scares me, but I am acquainted with fear. If I stay inside it long enough, root my heels in deeper, it doesn’t feel scary anymore. It feels like home.”

What badass female characters (written by women!) inspire you?

Instead of Joining a Book Club This Year, Subscribe To a Literary Podcast