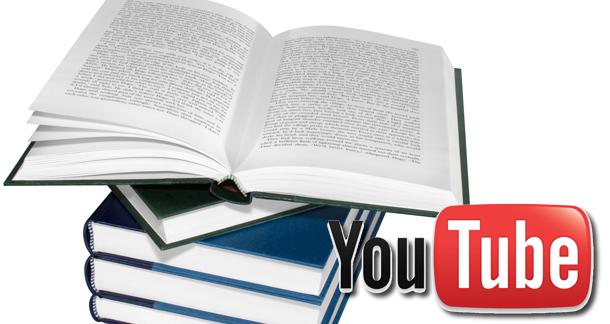 I remember the first time I saw a Jenna Marbles video. It was that one where she talks about how to trick people into thinking you're good looking. Keep in mind, I wasn't actively looking for it. It was all over Facebook and the media couldn't shut up about this chick. Even my friends were like, "You gotta check this video out," and then they'd proceed to pull up Jenna on YouTube. The amount of buzz she had was massive. Then, not even a few weeks later, the copycats came along basically doing the same exact thing Jenna was: girl in her bedroom with a one camera set-up, trying to copy her schtick by being equal parts funny/sexy/quirky. Check out this dude shamelessly ripping the entire routine. None of them really caught fire the way Jenna did though.

It was pretty much the same for E.L. James when Fifty Shades of Grey caught fire. It was the book you couldn't NOT hear about (pardon the double-negative). If you were in publishing, most of the news was all about her. If you were outside of publishing, you probably already heard about it through a friend who was trying to push it on you like some new designer drug. Fifty Shades had gone viral, and come to find out, it was self-published. Although the author contests that the book isn't self-published, it's often designated that way due to its initial eBook and print-on-demand release. Yet again, there were copycats. People saying, "If she can do it, I can do it." Mommy porn began to flow like wine, but again, no one reached the heights James did.

Funny how YouTube and self-publishing have those Cinderella stories in common. Also funny how people think they can so easily replicate the success. I've actually had those conversations before: people who thought self-publishing was some sort of shortcut to fame and acclaim. The fact of the matter is, they're the exact opposite...and the stigmas are still very much alive and well.

This isn't an attempt to discourage anyone from writing. It's a reality check.

I'll make something clear right now: I think anyone with the passion for writing should be allowed to do it. The problem with self-publishing is that there's absolutely no exclusivity. I'm talking about the half-assers and the corner cutters and the people flat-out not qualified to do it. Think of the absolute dumbest person you know...now think about them telling you their new novel is for sale on Lulu.com. Technically, Honey Boo Boo could publish a book if she wanted. Now I have absolutely no ill will towards Honey Boo Boo...but the last thing we need right now is a book written by her. Let's at least let her graduate high school before she takes on the great American novel.

The point is: like a YouTube video, anyone can publish a book nowadays, credentials and skill be damned. When there are no gatekeepers, anything that can walk through usually will.

Let's face it, seeing a YouTube video that's well edited with good lighting and sound quality is a pretty rare thing. It's YouTube, so it's not like we're expecting well produced cat videos or Spielberg caliber twerking videos. It's pretty much the same thing with self-publishing. You know that saying "don't judge a book by its cover"? Well, it doesn't apply here. Seriously...judge away. Sorry, but if you're doing your cover in MS Paint, you're not trying. I won't say that all self-published books are poorly designed, poorly written, poorly edited, etc. There's some decent ones out there. The reason most of these projects turn out sub-par is because there's zero quality control. Well, almost zero since the writer, editor, proofreader, cover designer, beta reader, and whatever else you can think of are all the same person. It reminds me of that movie The Room where Tommy Wiseau writes, directs, and acts and we're gifted with one of the worst movies of all time. Bad things happen when one person is responsible for five different jobs.

According to YouTube's statistics, over 100 hours of video are uploaded to YouTube every minute. That's 144,000 hours of content per day. So next time you think you're going to drop a YouTube video and "go viral"...sorry, but you're a drop in the ocean. The typical YouTube video has less than one hundred views and will more than likely not become the next Bed Intruder. It's the same story with self-publishing. Bowker reported back in 2012 that 3,500 books were self-published each day (that number doesn't include eBook only titles). Think about that: when you debut your novel through iUniverse, you're competing with 3,499 titles in relatively the same boat...and all of you are competing with the indie presses, the mid-size publishers, and the mighty Big 6.

The thing to take away from this is: there's a lot of YouTube videos to watch and a lot of books to read...more than any one person can consume. Good luck beating the odds. And speaking of luck...

I just gave you some numerical data for YouTube content and books published per day. Now consider that in relation to the likes of Jenna Marbles and E.L. James. I've watched my fair share of Jenna and it's pretty entertaining stuff. It's not groundbreaking or anything...just a nice little time-killer. And James, although not my cup of tea...I can see the appeal for the demographic that she hits. What I'm saying here is that neither figure is putting out genius-level work...and I've watched/read plenty of other things that aren't getting near the amount of attention. I guess what I'm saying is that sometimes the content or the quality don't matter as much as the luck. Just plain old fashioned stupid luck. Because if you ask either of them, they'll tell you they never planned this. It just happened. They essentially won the lottery.

This isn't an attempt to discourage anyone from writing. It's a reality check. Self-publishing allowed the author to cut out the middleman when it comes to seeing their work in print, but it also gave us a ton of crappy books from authors who simply aren't ready. It's not an issue of paying "dues" or not having a worthy story inside of them. It's an issue of not meeting the basic standards of quality...and I'm talking really basic stuff like spelling and grammar. Don't be a Honey Boo Boo corner-cutting "I'm gonna get rich quick" kind of author. The last thing we need is another sub-par book; we already have enough of those.

This is a great analysis of the self-publising market, but I think your analogy isn't really a valid one.

Yes, there are a TON of worthless videos on YouTube, with more uploaded every.  But are they the same as books?  Well, no.  The effort to self-publish and market even a bad ebook is considerably harder than producing your average amateur YouTube video.

Distributing ebooks and collecting revenue on them is a much tricker proposition.

As we've worked to develop Ereading.com and our publishing division, LaunchWords.com, we've learned a lot about the self-publishing process.  In short, I just can't see how it really compares to uploading hastily-shot videos.

That said, your points about quality in poorly-executed ebooks are spot-on.