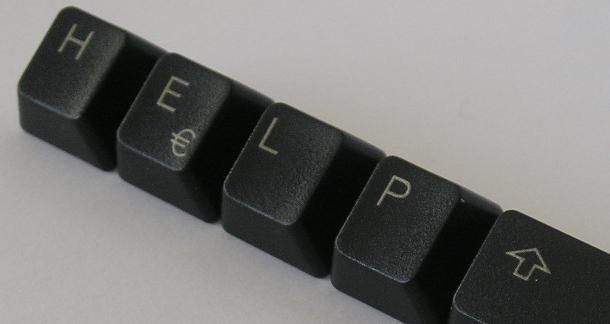 It's far enough into the new year that we've all given up, right? Given up hope. Given up being on time. Given up on that gym membership because, meh, the ID photo stinks anyway.

But you know what works better than resolutions, those champagne-fueled promises that are meant to be kept by a soberer, future you? A little help.

Here you will not find any requests to take a swim in Lake You, or to center some part of your body that you've never heard of before. There's nothing about desert-based hallucinogens or backpacking trips in Europe. The word soul is not in use here. 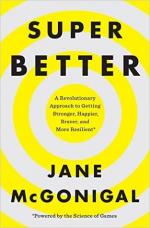 'Super Better: A Revolutionary Approach to Getting Stronger, Happier, Braver and More Resilient -Powered by the Science of Games' by Jane McGonigal

A game is an opportunity to focus our energy, with relentless optimism, at something we’re good at (or getting better at) and enjoy. In other words, gameplay is the direct emotional opposite of depression. (Goodreads)

Researched, proven. When Jane McGonigal had a concussion that barred her from doing anything she enjoyed (reading, writing, gaming) for months, she decided to do something about it. She developed a codified system to    create goals, create powerups for herself, recruit allies, and make her recovery into something of a game.

Which might sound like trivializing something important, but it’s the opposite. In McGonigal’s previous book, Reality is Broken, the author and Ph.D. outlines the reasons that we love games and hate life. Why we’ll play Farmville for hours and would never consider actually farming.

The basic, really dumbed-down version? Games are made to please us. Reality is not.

The answer to your life problems, whatever they may be, is to make reality a game. When reality is a game, you draw on all these gaming skills that you might not utilize in reality. Acceptance of failure. Risk-taking. Iterative improvement.

Super Better is arranged into quests, small tasks that range from easy (sit with your palms facing up for 15 seconds) to difficult, like the quest that involves flipping lonely thoughts such as "No one was interested in what I had to say." I mean, I ASSUME that one's difficult. Everyone listens to me, always, because I'm more charming that a box of marshmallowy cereal. 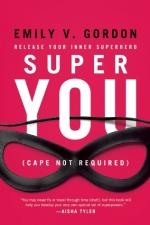 'Super You: Release Your Inner Superhero' by Emily V. Gordon

Change is mandatory, growth is optional, and greatness is inside all of us. (Goodreads)

This one might be a tougher sell for some, but I think you should give it a chance, and I have some advice on how to do just that.

The thing is, it’s written at young women. But let me tell you, it works. This book works for men. Alright, for me, anyway, a man. I might not be much of a man. I’ve vomited almost every time I smoked a cigarette. But I chopped down a tree once!

I'm going to bust out the college professor line and tell you that this book is as good as what you put into it. That's why my suggestion is that you take a balls to the wall approach to this thing. Do professors use the phrase "balls to the wall" a lot? Because I think they should. I would if I were Professor "Balls to the Walls" Derk, Ph.D. (It's very embarrassing how many times I had to look up Ph.D in order to capitalize it and punctuate it correctly in this column, and I'm pretty sure this is something Ph.D programs do to weed out the fakers).

As I think is true of anything that has to be done without irony, you have to go into this book whole hog. Don't evaluate every joke or reference on scales of authenticity or humor. Some of the jokes are great, some you won't like. Which is what makes this book feel authentic. It's written with a voice, which is missing from a lot of self-help.

Read this like I watch Demolition Man. With pure love, acceptance of the fact that you're in control of how you feel about it, and with wishes that it involved just a little more Glenn Shadix. Go into this book wanting to love it, and you will.

Oh, and know that this is a workbook. You WILL need a notebook to go along with this. Trust me. If you’re someone who relishes getting a new notebook, then this is your perfect excuse.

If you're not convinced, check out Emily V. Gordon's advice for yourself. 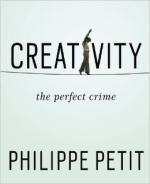 3. For the Person Trapped in a Boredom Land:

It's impossible, that's for sure. So let's start working. (Goodreads)

Petit has an interesting perspective on the world. If you know him, it's probably from his career as a tightrope walker, the one from the movie The Walk. Or, you might know him from his book of knots, which is certainly the greatest knot book of all time.

When I think of Petit, I always think of a picture.

With a handcuff on one wrist, Petit sits in a police department chair. He's just come down from his tightrope walk between the World Trade Center Towers, and while he's waiting around, he balances a policeman's cap, straight up, on the end of his nose.

Petit's book embodies that attitude. Brash and confident, but damn is it playful.

This is the perfect book for someone who feels trapped in their own life a bit. Who feels that they're happy enough, and most of their problems are the fault of other people.

If I'm describing you, by the way, pick up this book and quit being so annoying.

There are times when the book comes off as a bit arrogant, but I think it's written with a lot of "I, Me, My" because it allows the reader to explore this new realm of creativity without being so critical. The book and it's self-referential style act like a space suit that let a reader into this dangerous new realm of not being so bored all the time. 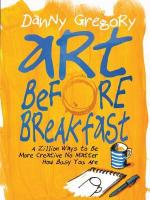 4. For the Person Who Doesn’t Know They’re Sad:

'Art Before Breakfast' by Danny Gregory

I spent most of my life not believing I had the right to consider myself an artist in any way.

Danny Gregory is an artist.

I want to leave that sentence there before getting to the rest.

Danny Gregory is an artist who lost his wife. Twice, kinda. She was run over by a subway car and lived, though she needed the assistance of a wheelchair. Not too long after that, she passed away.

Art became therapy for Danny Gregory. And it can be for you too.

Oh, and there's another thing I like about this book. It presents the anti-Malcolm-Gladwell-10,000-hours-theory.

I hate that theory. This whole thing about mastery after 10,000 hours of practice.

Rather than motivating people, I think that 10,000 hours looked like a pretty good excuse. There's no way I'm getting in 10,000 hours, so forget it. Off the hook!

Danny Gregory feels otherwise. Because with art, it's not about becoming the best artist. It's about doing art because it's a human need.

Try this out. It might surprise you how much a little bit of art can change your life for the better.

Plus, it helps when you play Pictionary. I tried to draw a butt in Pictionary, and only then did I realize that I didn't have any idea what a butt looks like. Draw more butts, people. Before it's too late. 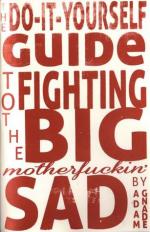 5. For the Person Who Knows They’re Sad

Don’t let yourself get lectured by people who hate their own lives. Chances are they’re addressing their problems, not yours. (Goodreads)

Gu-nah-dee. Let's get that out of the way right off.

This tiny book, more like a zine than a full-blown book, is the perfect thing for your weirdos, your off-beat friends. You know the ones. We don't have to come up with more terms.

The beauty of this one is that it's really short, and although it speaks to depression, it has passion.

It's also the only book I've ever read that provides practical advice for being a creative and working, or not, while not shaming a person for a lack of desire to dumpster dive for food. The premise being that it's okay to pursue a creative lifestyle and also enjoy access to hot water. 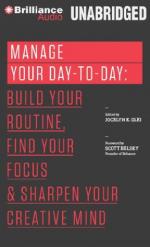 6. For the Lifehacker Person:

'Manage Your Day-to-Day: Build Your Routine, Find Your Focus, and Sharpen Your Creative Mind' edited by Jocelyn K. Glei

Not a traditional self-help book, but full of interesting ways to make your life smoother based on the advice of business folk.

I don’t know how I feel about the advice in this type of book sometimes. Steve Jobs ate raisin toast for breakfast? That's great, but I don’t think there’s any amount of raisin toast that’ll get me to iPad rich. Is it really important to eat the same thing the same time Steve Jobs did, will that unlock my potential, or will that make me the same jerk I've always been but with raisin toast in my stomach?

This book, however, is pretty quick, and it's got a lot of different kinds of ideas. It's very buffet style, pick and choose what you like. Or maybe I should say it's like an ideal buffet where some of the food is actually good and they don't make a macaroni and cheese that grows a skin on the top.

As an added note, if anyone is on the verge of fame, please start using a really messed up daily routine. I would love to read the articles about your routine and how it unlocked your creative mind to, I don't know, fill one of those daily pill containers with sprinkles and pour them in the toilet before you pee. This is your chance to make the world a more interesting place. Don't blow it.

There you go. Now fix yourself before the next time I see you. I expect noticeable improvements. Or else an ice cream sandwich. Your choice.