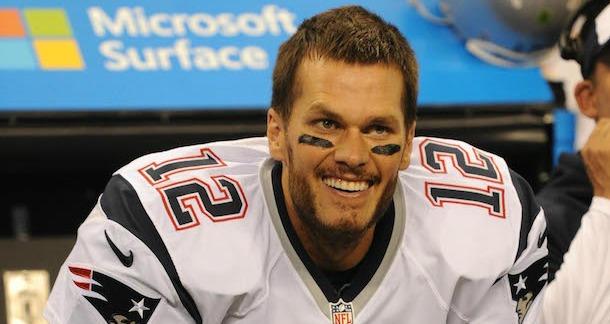 Both my fiancé and I are writers, and I give her edits before she submits to presses and vice versa. She loves that I can help her make her stories better, but she hates that I use a ton of sports metaphors about the craft of writing.

I've wanted to write stories since I was six. I can still remember my first story, ‘The Pool Monster.’ I also loved football and basketball. When I turned 7, my dreams were to become a writer or a quarterback or a point guard. At 17 and 5’9, I decided to put more energy, focus, and passion into getting better at writing.

I still love to watch football. When working with new writers as an editor I still use football metaphors that can go over their heads. A lot of writers I know don’t watch football, and many of them think it is a stupid, boring game. I get that football isn’t for everyone, but I see so many similarities in great quarterbacks and great storytellers. So here’s how a writer can see the page like a quarterback sees the field.

You can call me Coach Christoph.

Many people who are unfamiliar with American Football think that a great quarterback is one who can throw the ball for 70 yards when it's actually more important that a quarterback can throw accurately for 7 yards. Quarterbacks win games by getting first downs and moving the chains to set up the 30 to 40 yard pass. In writing terms, the writer who can write a tight sentence that keeps the story moving and reveals more about the character will have more success than the writer who writes a gorgeous paragraph/page that neither serves the character nor the story. It is great that you can write circles around the average writer and drop Tumblr worthy bombs, but if you can’t tell an engaging story, then you are nothing more than the Jay Cutler of writers.

Protect The Ball/Protect Your Character

A quarterback throwing an interception is the equivalent of forcing your characters to do or say something that makes no sense, has no sense of causality, and turns your story upside-down. A writer interception is thinking your plot is more important than your character. Interceptions are due to hubris/overconfidence, with the QB thinking they can make the almost impossible throw, or they’re due to carelessness, the QB being unaware of the coverage. A good quarterback has to protect the ball, and a good writer has to protect and serve their character.

A great quarterback is not only accurate but can anticipate their throw. They know where the receiver is going to be five to seven seconds before they throw the ball. A good storyteller knows where the story will be in five to seven sentences and/or paragraphs. When you see where you are going, you can be more accurate, and gain extra yards as the receiver runs with it. It is the same with characters. If you anticipate what they are going to do next, you will end up writing some strong and propulsive lines that flow into the next scene. Your characters will do something special with the scene. A great quarterback is almost psychically linked with his receivers, as writers are with their characters.

Play From The Pocket

Quarterbacks can scramble and make plays with their legs. Michael Vick, Tim Tebow and Colin Kaepernick are very fun to watch, but they were below average to mediocre pocket passers. The great ones like Tom Brady, Peyton Manning, and Dan Marino all play extremely well in the pocket. Playing in the pocket means the quarterback is trusting their blockers, looking down field, and making all of the throws they need to make. They don’t think about running it, they don’t count on trick plays, just completing passes. A writer who can play from the pocket is a writer that can write a three-act story on any topic. They are writers who can write in whatever genre an editor wants. They might not be able to write experimental fiction, but they can tell a great story. They have an individual style and it compliments their writing, but it is their storytelling that keeps them winning invites from editors.

There are 11 players on offense. If one player makes even a minor mistake, then the play the coach called will not work as practiced. A great quarterback finds a way to make any play productive, or he will take the sack instead of making things worse. For the most part, a good writer can find a way to keep the story moving when it stops flowing. Whether you outline or not, characters will do things you don’t plan and sometimes you just have to role with it. When things don’t go according to plan, you don’t have to scrap the scene or "take a sack." You draw from your writing experience and pick the best solution on the spot. A writer who is well-read and has written a lot will be able to improvise no matter what broken play comes their way.

Notice I didn’t say a great arm, I just said a good one. Tom Brady doesn’t have a great arm, but his arm is good enough, just like Joe Montana’s arm. These guys don’t have cannons, but they don’t have noodles either. For writers, your arm strength is your skill with language. You don’t need to be Nabokov to tell a good story. You just need to be a good writer. The only thing worse than a quarterback who can’t throw the ball accurately past 20 yards is a great storyteller who is a mediocre writer. If your arm is weak or your prose is sub par, there is only one way to go—workout harder and practice, practice, practice.

Share your thoughts and sports related analogies in the comments.

The Jay Cutler of writers! I almost spat my coffee!