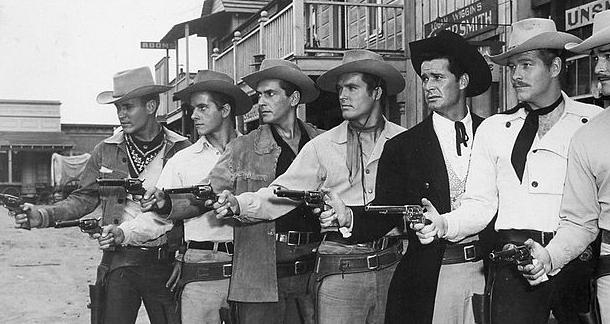 You have a few seconds at work, in between sending the morning report and the weekly staff meeting. You’re thinking about where to get lunch, and the peculiar brown sweater Cathy wore this morning (is it made of hemp, a burlap sack, dog hair? The possibilities are endless). As you scroll through Facebook, past the political rants and Buzzfeed quiz results, you see a new post by LitReactor on second-person perspective.

The boss shifts in his chair across the office; you know he’s looking forward to that greasy meatball sub he orders every Thursday. Roughly, you’ve got about eight minutes before he calls everyone into the conference room. That’s enough time to find out which Disney prince you should marry, or to read the article. You chose the article. It was a good choice. Cthulhu is pleased.

The Allure of Forbidden Fruit

Second-person perspective is one of those things that becomes more intriguing the more you are told not to use it. Have you ever taken a painting course, and been instructed to never, EVER use black straight from the tube because it muddies the image, and you’ll make Caravaggio cry? Writing in second-person is a bit like using black paint.

Second-person allows a reader to take control of the story, to push the words the way YOU want them to go.

Anyone who has spent a small amount of time reading through literary journal submission guidelines has probably come across something along the lines of this comment from Flash Fiction Online:  “I’m not saying ‘do not send’ second person point-of-view stories. I’m just saying it’s not likely to be well-received here.”

Perhaps that’s what you thought when you clicked on this article and read the first paragraph. Maybe you’ve never worked in an office. Maybe you’re a professional snake milker (yes, those exist) and weekly staff meetings are totally alien to you. Second-person perspective puts greater emphasis on the relationship between the narrator and the reader. As a result, one of two things can happen—it becomes alarmingly easy to become the protagonist, and the story is a rare success. Or, as occurs more often, the confrontational tone draws the reader out past where he or she can suspend disbelief, beyond the emotional reach of the author.

Italo Calvino is proof that second-person narration deserves a fighting chance. Calvino doesn’t just address the reader casually in his novel, If on a Winter’s Night a Traveler; he uses the unusual perspective to make you work, coercing the reader to engage with the story on a very direct level. It’s almost exhausting, but so inventive and well executed, it’s difficult to care. It creates a strange and vivid juxtaposition between the lives of the author, the main character (known as “I”), and the reader. In the following segment, he even leads one to question if it’s actually the reader who is indirectly narrating through suggestion all along:

Second-person allows a reader to take control of the story, to push the words the way you want them to go. Returning again to the first paragraph of this article, I chose the office setting for a specific reason. A reader doesn’t have to be actively sitting in an office to identify with a protagonist who is; it’s a very common work backdrop. The more an author is able to describe a collective experience, the more likely readers will be able to connect with it, and go on to fill in the blanks with their own minds.

All this with a word of caution— second-person can be very awkward, but so can first and third person point of views. If it’s something that intrigues you, or speaks to a certain story you have in mind, don’t let taboo stand in your way. Live daringly, reader, and enjoy your lunch.

Striking Sparks: Where the Ideas Come From

I've very very iffy about second person. When I've done, it was usually for like a video game controls instructions manuel.

I'm sure one could do a good job with it.

Actually in one of Gibson's stories, he actually used second person to denote when a character was thinking to himself.

Not something I would do (I geneally do thoughts in haiku/sen-ryu), but it's something for you to consider.

I liked the use of second person in The Night Circus, but it was only a few pages. Not sure how I would feel about it for an entire book.

Bright Lights, Big City is second person perspective all the way and is pretty amazing.