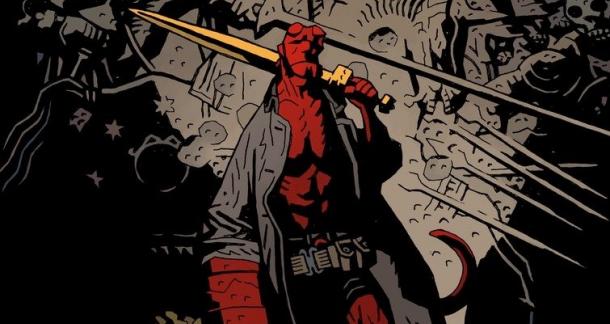 One of the burdens of comic book nerdom is that whenever a new comic book movie comes out, you get the same question: “Which comics should I read? Number 1, right?”

Gross Generalization: No, it’s not #1.

With a new Hellboy movie out, I’m sure many of you are wondering which Hellboy books are worth reading.

I’ll let you know, but I also need you to learn about the wider Mignolaverse. Because there are too few other geeks who care about this stuff, and damn it, I’m looking to swell the ranks.

Mignola’s career in comics started as an artist. Most readers first saw his work on the covers for Batman: A Death In The Family, the story in which The Joker beat Robin (Jason Todd) with a crowbar, and based on calls to one of two 900-numbers, readers voted whether Robin would live or die. 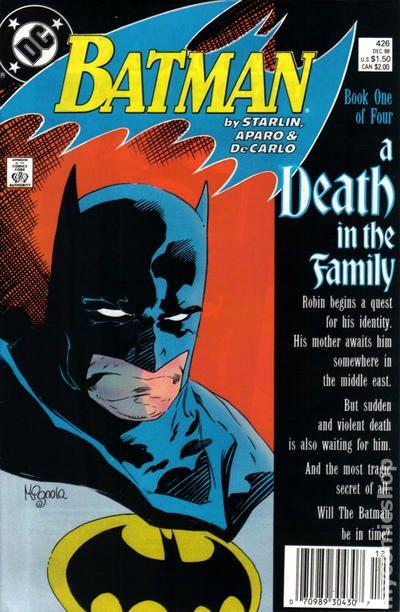 Mignola's Batman has grown on me, but I have to admit, he looks like he’s holding back an urgent, hot loaf.

You could see Mignola bloom more in in this bloody action shot: 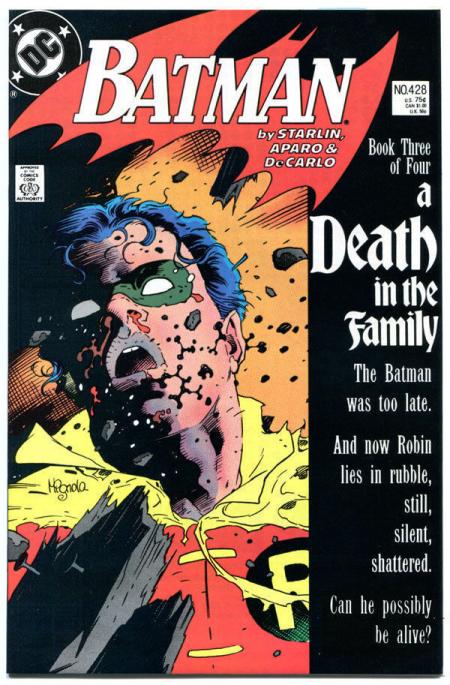 But I think it’s the one-shot Gotham By Gaslight, where Mignola really hit his stride: 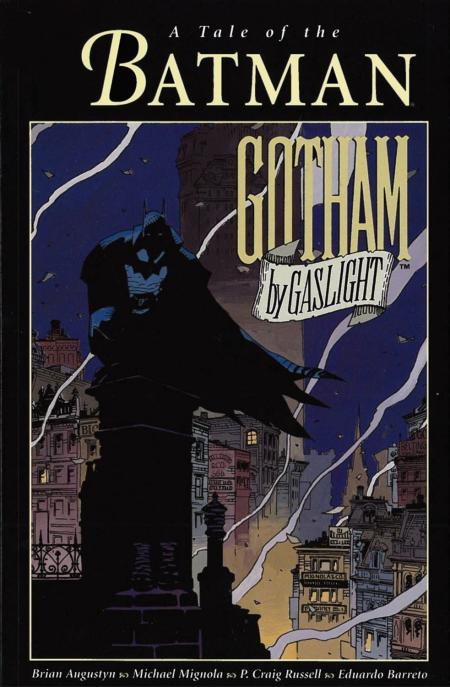 He did some great covers for Marvel and DC throughout the 90s, and he kept working on his own projects as well, such as this very early, very first illustration of Hellboy: 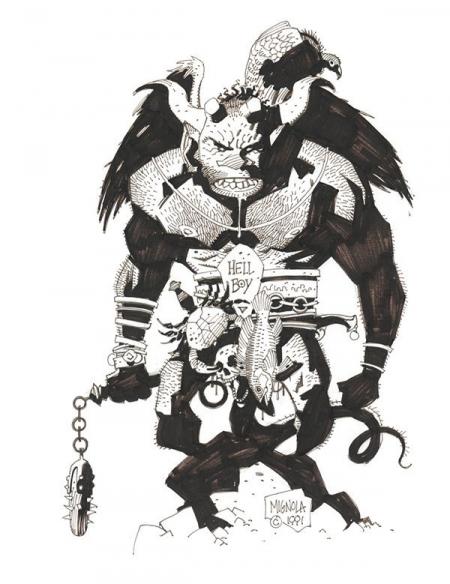 It was in 1994 that Hellboy: Seed of Destruction hit the racks. This first release was written and illustrated by Mignola, but comics legend John Byrne wrote the actual script. After that, for the next 25 years, every Hellboy tale (with one exception) was written by Mignola alone.

Since then, Hellboy’s world has expanded, and the Mignolaverse has a volume and depth rivaled only by the big two comics publishers and their armies of creatives.

Let’s take a look at the Mignolaverse Must-Reads 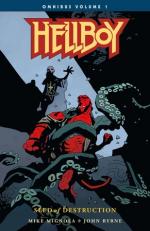 If you want the origin of Hellboy, this is your first stop.

Hellboy has always been a little hapless. He’s capable, yet always out of his depth. In my enduring favorite moment from these early issues, Hellboy complains about being outfitted with a jetpack. "These things never work," he says. He's reassured that this model is new and improved. Hellboy jumps out of a plane, attempts to get the jetpack going, and it explodes without providing even a single moment of flight.

Let’s discuss the book itself. This honker is 368 pages, priced at $17 bucks. That’s like 5 cents per page. If a regular comic was priced that low, you’d be talking a buck a book. You can hardly find lousy old Youngblood comics for that price.

My recommendation: if you want to be entertained, stay in for the movie’s premiere, settle in with your pal Orville Redenbacher, and read this sucker. Then, hit the movies on a Tuesday evening when all the productive members of society think they’re too good to be drunk in a theater. 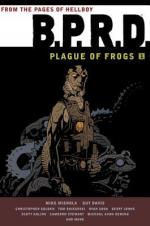 At one point, Hellboy up and quit punching and shooting things. The other members of the B.P.R.D. (Bureau for Paranormal Research and Defense) had to carry on without him.

There are a few B.P.R.D. volumes that come before this one, but Plague of Frogs is where it gets real. This is a bleak book about a small group of people fighting against an extinction-level evil force. There are damn few bright moments, and it’s a “war is hell” situation in a very literal sense. The Earth is transforming into hell, people!

B.P.R.D. widens the “Mignolaverse” and explores a lot of the Hellboy side characters, including Abe Sapien (fish man), Johann Kraus (ghost man), Liz Sherman (fire woman), and Roger The Homunculus (homunculus). While there’s not a lot of Hellboy in these books, they have a Hellboy-esque feel, and...I think I even prefer them to the O.G.

Special Commendation: There’s a significant character death at one point that is perhaps more touching than any other character death in comics. I won’t spoil it for you. Just read it and weep. 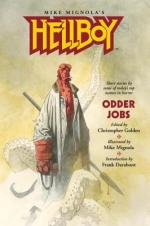 Normally I’d shame you, but in this case, I’ve got you covered. 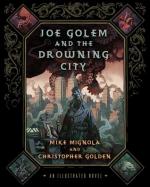 "Joe Golem And The Drowning City"

Mignola has done a few damn good print-only books, and I have to include this one because it’s also an audiobook with solid narration by Robert Fass.

Mignola’s books often have a sneaky, dream-like, surreal quality to them. You start out and everything’s nice and normal, then BAM, you’re boating down the now-flooded streets of Manhattan with a golem who was created to hunt witches. 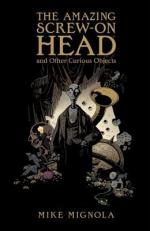 "The Amazing Screw-On Head And Other Curious Objects"

It’s also a showcase for the quirky dark humor that runs throughout Mignola’s work, an underrated and oft-forgotten element. 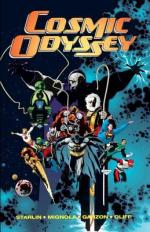 Mignola did quite a bit of DC work, and this is my pick. It’s fun to see his take on classic DC characters, especially Darkseid, and this book has just enough weird monsters and bizarre machinery to keep things interesting.

If you need a weird yet relatable monster or a bizarre machine, Mignola’s the guy to call. 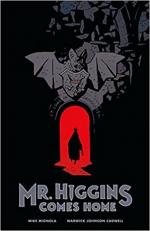 A quick, one-shot story with vampires, werewolves, and explosions. What more do you want?

What I like about this one is that so many stories can become part of a larger universe, and things start getting tangled. It’s hard to read ONE part of something without the larger context. For this one, you can go in totally ignorant and come out the other side just fine. 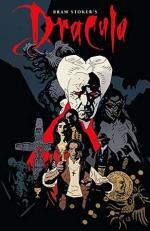 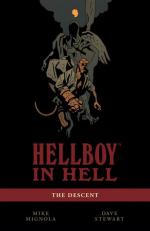 "Hellboy In Hell Vol. 1: The Descent"

Hellboy dies. Then he goes to hell. Which is nowhere near the end of Hellboy's story.

This book has a slower pace, and that's a good thing. It's almost like a set of fables with Hellboy as the character that leads us through. For taking place in hell, it's pretty subdued, and it might just be Mignola's most contemplative, best writing.

There are just a few pieces of Mignola art that need to be highlighted before I can feel like we’ve made good today. 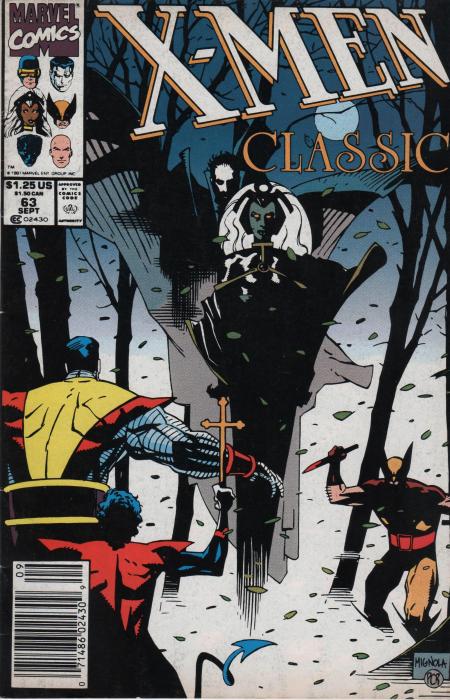 Mignola did a series of great covers for Classic X-Men. They’re all great. It’s hard to pick a favorite, but I’m going with this one. So moody for an X-Men cover. 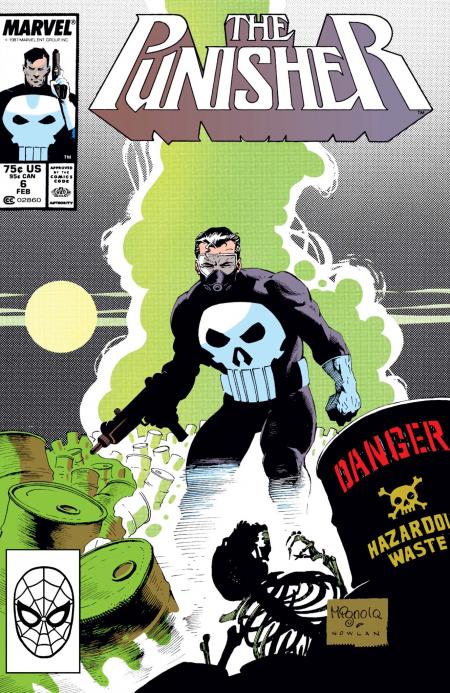 Sometimes Mignola gets a bad rap. His stuff is so stylized that the occasional fool doesn’t think Mignola has the chops to draw in a more standard style. I point at this, one of the best Punisher images of all time. If you don’t know much about art and composition, look at this while blurring your eyes. You’ll see how the whole setup highlights Ol’ Frank. 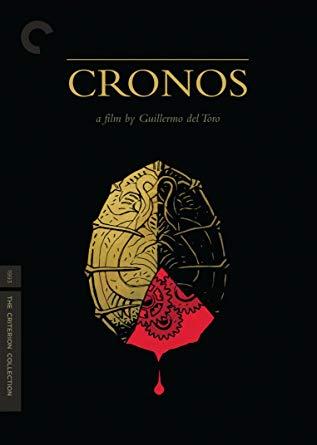 Mignola’s art can be striking and simple, like this DVD cover he did for his buddy Guillermo del Toro.

I mean, c’mon. Tell me this doesn’t entice you from across the bookstore. Plus, if you were bored as hell by this book, having this edition would’ve at least given you something of interest.

That's where I'd start. START. Once you enter the Mignolaverse, there's no going back, stopping, slowing down, and you're pretty much ruined for regular books.

jwdonley from Bellingham, WA is reading The Weird: A Compendium of Strange and Dark Stories April 11, 2019 - 1:38pm

You mentioned the '3' short story collections. There's a 4th that came out last year as well: An Assortment of Horrors, also edited by Chistopher Golden. There are stories by Laird Barron, Nathan Ballingrud, Paul Tremblay, Richard Kadrey, and others.

Community Manager
helpfulsnowman from Colorado is reading But What If We're Wrong? by Chuck Klosterman April 12, 2019 - 7:10am

Good point! My mistake. I'll have to check that one out.