Remixing History: How 'The Get Down' Blends Fact and Fiction 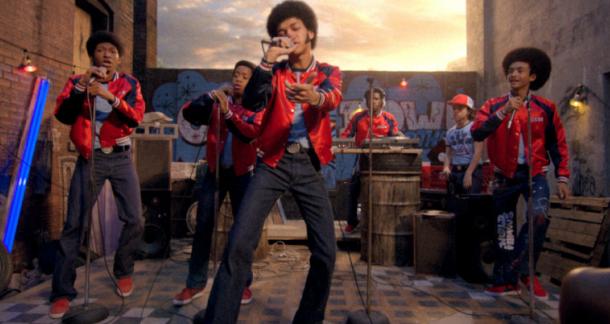 We’ve all heard that “truth is stranger than fiction,” but sometimes our made-up stories can beat history at its own game. Sometimes, fiction can be truer than truth.

I was first introduced to this idea by Tim O’Brien, author of The Things They Carried, when he spoke at my high school. He said the line between fact and fiction was a blurry one, more so in war, and demonstrated this by reading a passage from his book. In it, a soldier steps on a landmine and is blown to pieces. Standing under a tree dripping with his mortal remains, the dead man’s comrades crack jokes about his sudden and brutal demise. Mr. O’Brien explained that never happened, but it was still just as true a story as any of his real experiences in Vietnam.

Those words changed my perception of storytelling. I reflect on them often as I write my own novel of historical fiction, sculpting the essential facts into an entertaining story, trying to find that perfect balance of believable and fantastic. Most recently I have been inspired by The Get Down, Baz Lurhman’s musical history of the birth of hip hop. The series dances masterfully on the line between the two, never letting a foot linger too long on either side. It mixes the fictional with the factual to produce a picture far more evocative than even the most exhaustively researched textbook ever could.

One of the oldest tricks of the historical genre is the fictionalized version of a real person. These characters are able to represent both historical figure and cultural construct. Like the best portraits, these hybrid characters capture not just the actions and appearance of their counterparts in the real world, but also the way they were perceived by those around them and the way history remembers them. The main characters of The Get Down receive their tutelage in the hip hop arts from none other than Grandmaster Flash. The real Grandmaster didn’t train young b-boys by speaking in cryptic philosophical platitudes like a mountaintop monk, but making the fictitious version into a pastiche of the classic kung fu master efficiently conveys his stature and significance in the history of hip hop. When you see these boys in awe of the Grandmaster’s technique and listen to them fervently dissect every word of his wisdom, you begin to understand the influence the real man had on a generation of young DJs. 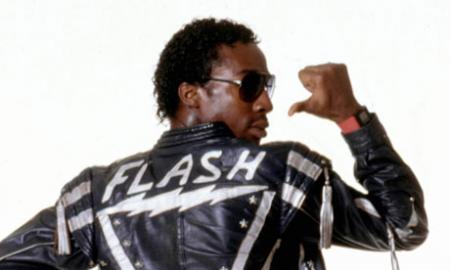 But history isn’t made solely by its most memorable figures. You need common characters to contrast them against, and to give your audience a better window into what it was like to be alive in that particular place and time. Another useful tool of the trade is the amalgam character, a fictional construct that stands in for a mass of people. The Get Down’s cast includes the girl from a good family who just wants to sing that devil disco music, the smart kid from the Bronx who will one day be able to save himself but not his community, and the drug-addled musician whose demons paradoxically inspire and hinder his art.

On the surface most of these characters seem like broad cliches, but that’s because they are intended to represent a type of person rather than any one in particular. This one character is a stand-in for the many different people of the time with a similar story. The show’s breakout star, the DJ known as Shaolin Fantastic, is a perfect example. This kid is nothing but raw talent—dancing, running, DJing, hustling, writing graffiti—he’s awesome at all of it. He’s already something of an urban folk hero when the show starts, and his legend only grows as he assembles his crew of b-boys for an epic DJ battle. Unfortunately, Shaolin is also excellent at selling drugs and it’s not hard to guess which game will ultimately claim him, as the very first episode opens in the future with his partner Books eulogizing him in song. 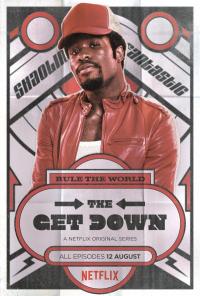 Sad stories like Shaolin’s fill the footnotes of hip hop history, and getting the audience to invest in this bright, vibrant character only to have him crushed out by fate and circumstance will teach them a profound lesson about injustice that they might not be able to learn any other way. A good story often has more of an impact on our way of thinking than any amount of facts ever could.

That doesn’t mean the facts aren’t important, however. You can only make up so much before it just becomes alternate history (which is also fascinating, but not the point of this article). If you really want your audience to feel like they’ve witnessed this slice of history, you need to get the details right. The Get Down may take liberties with Grandmaster Flash, but his explanation of quick-mix theory is the most accurate depiction of DJing outside of a documentary. This scene doesn’t just elucidate the DJ’s technique, but also helps an outsider understand why it is impressive: by stealing the best parts of all their favorite records and mixing them together, a DJ is able to create studio-quality music without a studio. In a community where families can’t afford instruments for their children and the schools can’t afford to teach them music anyway, hip hop becomes their most important form of expression. When the infamous blackout of ’77 strikes, Shaolin Fantastic and his crew steal equipment and a sound system, like many aspiring DJs of the time. But because this real world tragedy is happening to fictional characters we’ve come to like and care about it casts the events in a new light—they weren’t just looters, but kids with zero opportunities for advancement who finally saw one and decided to take it. After the lights went out, a whole new generation of DJs rose up to spread the hip hop phenomenon far beyond the Bronx.

The Get Down is a worthy addition to the pantheon of hip hop mythology, as well as an excellent blueprint for building a true story out of fictional parts. While my novel has a very different subject and tone, I still find a lot to learn from its example. It is a well-crafted piece of historical fiction, mixed with the same precision Grandmaster Flash used on his turntables—it takes the best of both to create a story that is fun for the well-informed and an accessible entry point for uninitiated.