Rejection Letters Deciphered: 5 Common Reasons Agents Give for Rejecting Novels (And What They Really Mean) 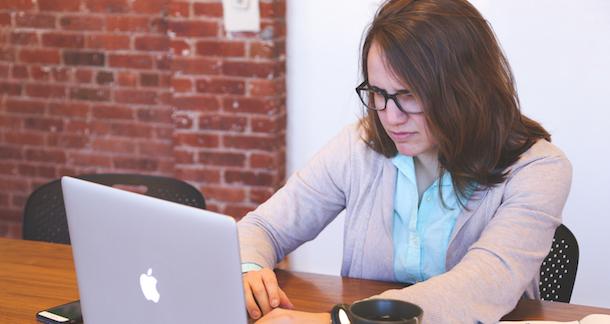 By the time you submitted your novel to literary agents, you'd put it through a whole lot of revisions. You'd run it by trusted critique partners. And your query was good enough to get you the coveted partial-manuscript request—or the even more coveted full-manuscript request. So what's up with these rejection letters?

Like nearly everything associated with publishing, much of this is simply a numbers game—agents receive a huge number of queries every year, and they can only accept so many clients.

Like nearly everything associated with publishing, it is also a matter of taste. It's not uncommon for one agent to say the plot was great but the writing sucked, and another to say the exact opposite.

Still, having served as a "book doctor" for many clients in this position, there are certain words and phrases I've come to consider red flags for certain issues in novels.

As often as not, that same voice that puts one agent to sleep will get another onboard.

I've seen this phrase used to reject novels that contain a lot of information up front, which some call an info dump. But I've also seen it applied to novels that simply introduce a lot of characters right away, making it difficult to keep track of who will or won't be important. This phrase is also common in novels that open slowly, with no real "house on fire" moment.

Whatever it is, it sounds like you're going to have to increase the ratio of signal to noise in your opening—and, if possible, increase the heat.

If an agent tells you the pacing feels slow, chances are good that you've either got some sections where nothing much seems to happen or you're not hitting regular beats with your plot points.

That phrase about the pacing being "off" can be harder to diagnose. Maybe the plot isn't clear enough to drive the story. Maybe there are developments that occur so quickly that it's hard to make sense of them, which is sometimes a consequence of not giving your characters a chance to process what those developments might mean.

But this can also be sort of an unconscious code for "some of these developments seem inadequately set up" (I say unconscious because in many cases, agents aren't aware of the cause of a narrative problem, just the effect). Because when a character goes through a shift too suddenly for that development to seem believable, or a plot development seems to come out of nowhere, it's often a consequence of not being set up earlier on in the story. One of the critical functions of foreshadowing is that it gives the events of the plot a sense of inevitability, so they never seem to come out of the blue.

Other items to consider: If you have a rotating POV, how much time do we spend with each character? Is there a regular rhythm, moving back and forth between them? Do the different narrative threads cover a similar amount of ground in each section? And what is the ratio between what's happening in your protagonist's internal world to her external one?

3) "I'm just not in love with this story/protagonist."

This is, perhaps the most maddening of all rejections. You're in love with your story and its protagonist (why else would you persist in this madness?). So why isn't the agent?

Beware that this is sometimes just the "let them down easy", all-purpose rejection (more on this below) when agents don't exactly know what's not working for them. But it's also possible that your novel has some issues with POV.

I've seen this phrase used as grounds for rejection for novels with compelling stories that feel as if they're being told from a distance. If this is the case with your novel, this might be because you're telling it from third person, when first person might better serve the story. It might be because you haven't gone close enough with that third person for us to really feel what the character is going through. Or it might be that you're not sticking close enough in time to the major events of the plot for us to feel a sense of urgency and identification with the protagonist.

4) "I didn’t find the authorial voice sufficiently memorable or arresting."

Ouch! This one can be hard not to interpret as "I just don't find you that compelling as a person." After all, what is voice if not your unique stamp, your specific fingerprint, your writer's DNA?

Well, that's just it, exactly—this one actually is kind of personal. As in, it's a matter of taste. Unlike a cluttered first chapter, a slow plot, or a distanced POV. Which means that if you get this phrase from one agent, another agent is just as likely to dig that specific sort of thing you've got going on.

If you get this from more than one agent, well, okay, maybe that's a thing. But as often as not, that same voice that puts one agent to sleep will get another onboard.

If you did your homework in selecting an agent, this suggests that perhaps your work may not fit into the box that you think it does. Or perhaps you didn't dig deep enough with your homework; maybe the agent you contacted only handles a small subset of the genre you're working in, and, on further analysis, your novel does not fit the bill.

But just as likely, it means nothing at all. Or, more specifically, things that the agent really can't tell you. Such as: Stuff like this is mad hard to sell right now. Or: I've already got something like this that I'm trying to pitch. Or even, you used the phrase sickening crunch, which I simply cannot abide.

This phrase is pretty much the equivalent of "I don't think this is going to work out" in dating—a sort of stock phrase that can mean anything at all. So don't read too much into it.

That explains why science fiction magazines are the ones that most commonly reject. Usually from them it's number four.

Because I always felt no matter how futuristic it gets, our day to day lives is not going to change significantly like it's depicted in movies.

I want to know about the car mechanic, and how technology effects how they make a living in the future. I don't give a crap about some space military. 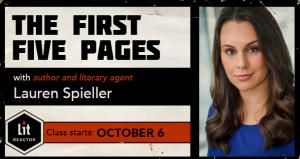