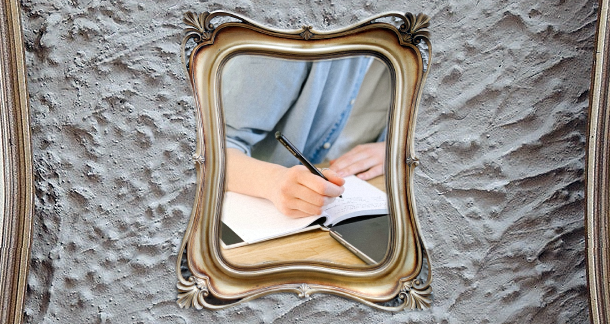 It might seem ironic to confess what I’m about to say in an essay I’m writing for publication, but I think some time over the past few years of writing I’ve lost the ability to write for joy. In its place I’ve discovered the much-less satisfying art of writing merely for publication or recognition.

But it’s something I think a lot of us writers are struggling with. In fact, if my endless doom-scrolling on Twitter is any indication, it’s something most creatives in general are struggling with. I see countless writers, artists, musicians, and others in creative fields talk about this, often framed as creativity falling prey to the gig economy, to the everlasting hustle, to the need to monetize and capitalize everything.

It’s more than just that, though. I’ve known since I was about seven (two decades ago), that I wanted to be a writer. I remember being in second grade and telling a teacher confidently that I was going to be a writer when I grew up.

I remember, a few years later, when I discovered that the author of some of my favorite books had written her first when she was around 11 or 13, I’m not sure which, feeling like I was already behind. Like there was a ticking clock hovering over my head, counting down the seconds until I expired or lost the ability to be a writer.

I see countless writers, artists, musicians, and others in creative fields talk about...creativity falling prey to the gig economy...

Ever since then, I’ve been racing — against myself, against the inevitable movement of time, against my peers even — to publish.

I started writing for mainstream publications in college and I haven’t stopped, penning dozens if not hundreds of personal essays, writer profiles, literary takes, and more for a variety of online sites (shoutout to LitReactor for being an internet home to me for the past three years, housing nearly 40 of my articles). I’ve completed four novels, none of them published but all of them labors of love; of blood, sweat, and tears, and I’m in the process of writing my fifth.

But that isn’t why I started writing in the first place. Before I had my first article published, I had no idea what the high of publication was like, and I wrote out of a pure and unadulterated love for it.

In middle school, when I wrote scraps of novels in notebooks; in high school, when I wrote a poem every day for nearly a whole year; through most of college, when I first started seriously writing novels — I didn’t know what it was to have others read my words and react to them, love them or hate them, be moved by them.

And I haven’t lost that! A few years ago, I went through an intense depressive episode and stopped writing. I also stopped talking to my therapist or leaving my room for anything other than food and work, but that’s a side note. When I did finally start seeing my therapist again and told her that I hadn’t been writing, she looked stunned.

“Karis, I could have told you that was a bad sign,” she said, in so many words. Even after only knowing me for a few months, she knew that writing is crucial to my wellness, not just a symptom of wellness but a key component of it as well.

So all my life, I’ve written because it’s the only way to maintain my sanity.

And yet sometime over the past few months, or maybe years, I’ve lost sight of that. I’ve started writing because I want to see my name in big splashy letters on the cover of a book; or get tagged on Twitter and see the reactions roll in as people respond to my words; or have someone email me to tell me how much my story meant to them.

All of these are fine things to want, don’t get me wrong. But I think, for me at least, I need to get back to the basics of why I write.

If I’m writing for publication or acclaim, well, that’s never guaranteed. What can be guaranteed is that I find joy in my own words, in the act of creation. That’s all I can control. That’s all I need to control. And ultimately, I’ll be happier if I seek that and not someone else’s acclaim.

Writers: Focus On Your Own Page

It's good when a person admits his mistakes. It is not always possible to find a way out of this situation on your own. Sometimes you need the help of specialists.Therapist https://drmental.org/ helped me with depression. He helped to understand that only in my hands my condition is and thanks to the discussion with him, I found my strengths and strength to fight further

Interesting idea! You are a good writer, and I admire your writing style. When I need to write something, I usually apply for help, and recently I found a good service https://www.paraphrasingserviceuk.com/ that helps me with my papers. Their work is really good, and the prices are reasonable.

Hey, these are really important. Students, please learn to manage your own time, you will be crazy about it in your final years or the preparation of your thesis. Learn to delegate some tasks or accept help. For example, I believe that dissertation help is a very useful thing, so as not to forget sleep, work, and family life.

I’m totally in love with your content and writing skills. I found this blog very useful for my work as well. At <a href="https://www.jarsofgoodness.co.ke"><strong>Jars of Goodness</strong></a> you find the most legit artisanal selection of gourmet condiments, from jams and chutneys to vinaigrettes and sauces made with love in Kenya. Thanks for sharing this great post.

Hey, Exceptional work. If you looking for professional nursing writers Nursing Writing Service is the best choice for you. You are doing a great work.

I was more than happy to uncover this great site. I need to to thank you for your time due to this fantastic read!! At Vishelectric Online Shop we get the most unique electric appliances and lighting bulbs.

Thanks for sharing such a good article with us. Visit Toys Direct for the best toys , we offer free delivery and all our sells are made online.

The information in the post is very distinctive. thanks for the work, buy quality Furniture at Furniture Palace online stores. We only sell high standard furniture.

The information in the post is very distinctive. thanks for the work, buy quality Furniture at Furniture Palace online stores. We only sell high standard furniture.

Thinking about buying a water tank, Poly Tanks Africa has the best tanks in Africa, we have been rated among the best tanks sellers globally. Make an order with us today.

If you’re looking for the best electronics online shop visit Electromart Kenya, we sell quality electronics and home appliances and you have 100% guarantee of quality product. Delivery is free and timely.

Nice content I have learnt a lot from it, visit Big Save furniture and buy the most unique and legit modern furniture products online.

I like this post, you can hire our DNP Editing Services experts for writing assignment at any level. Here we are online 24*7 to assist students. Our DNP Editing Help editors can work on any assignment for students. They don’t miss any deadline provided by your college; and university professors.