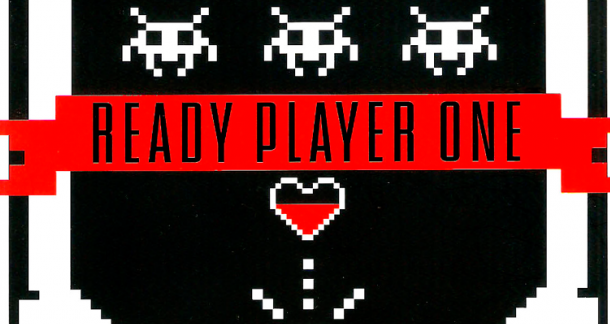 Is Ready Player One a reference-heavy, cynical, nostalgia vampire feeding off the good memories we have of other pieces of media?

Or is it a good book?

Or is it both?

What the hell is it?

In 2011-ish I got and advanced copy of Ready Player One from someone who said, “This sounds like something you’d love.”

For the first few chapters, I was pissed. This is what you think of me? That I’m some chump who loves nothing more than references to things I know? That recognition is what makes a joke funny, a line clever, and a book good?

But I calmed down, spackled over the holes I’d punched in the wall, and read some more. And after a few chapters, I was having a good time. I stayed up late to finish Ready Player One, which is something I hadn’t done for a long time with a book.

Let’s lay it out: I am totally the target demographic for this book. I am a white male, somewhere in the author’s neck of the woods age-wise, raised in the suburbs more by Nintendo than by a father. I spent many a quarter in an arcade and have an abiding affection for 80’s movies.

I also had the benefit of going into this book with no idea what it was or what to expect. It wasn’t possible for this book to fail to meet my expectations because I had no expectations to speak of.

Was Ready Player One a life-affirming, life-altering book? Absolutely not.

You want to hear more? Geez, I don't know if I HAVE a lot more to say about it. But alright, let's give it a shot.

Is It Just a Big Mash-Em-Up?

Totally. 100%. I would never argue against that. But I WOULD argue that a mash-up can be a lot of fun.

Thor: Ragnarok is a mash-up. It draws heavily from Planet Hulk, which had nothing to do with Thor. Then you’ve got Space Jeff Goldblum, a Wonder Woman character, mythology, sci-fi, and gladiator stuff. Mark Mothersbaugh music slammed up against Led Zeppelin. Colors, lights, and a giant wolf that may or may not be Loki’s offspring. Karl Urban wielding twin machine guns to mow down Asgardian zombies.

Shrek is a fairy tale mash-up. Hamilton is a mash-up of hip-hop, American history, and musical theater. Stranger Things is a little John Carpenter, a little Spielberg, a little Gary Gygax, and a little Stephen King. If you've never listened to Girl Talk's All Day, you are missing out.

Sometimes you have to steel yourself, dip a hot french fry in a Wendy’s frosty and consider the possibilities. It doesn’t always work. But the track record for the mash-up, especially when it’s self-aware that its appeal is in the mashing, is better than we give it credit.

It’s Nothing But References!

I’ve seen many a review that shows a single page from Ready Player One and says, “See!? Look how reference-dense this is!”

If people could make good decisions based on viewing one quarter of one percent of something, the colonoscopy could be replaced by a book of matches and a doctor with 20/20 vision, and I could’ve saved myself a lot of time. 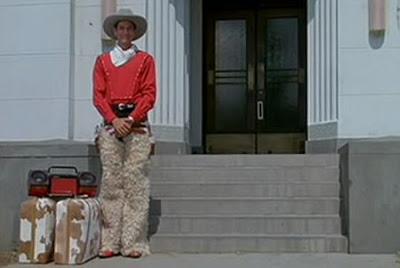 One of the discussions surrounding this book has to do with whether Ernest Cline is legit. Is he a card-carrying dweeb, or did he just cram a bunch of nostalgia into a book and sell it to make a few bucks?

I tried to find out. And the best evidence of nerdiness I found was Ernest Cline’s fanfic script for a Buckaroo Banzai sequel. If you don’t know what that means, just understand it’s extremely geeky, and you’re missing out on a movie that features Jeff Goldblum dressed in the cowboy getup from Pee-Wee’s Big Adventure.

The more I looked for evidence of nerd or not nerd, the more cemented my opinion became: I’m really fucking fed up with the nerd authenticity question.

Questioning a nerd’s authenticity has a purpose for kids. It's a safety feature. As a young nerd, one could make a couple veiled references to “Justin Bailey” or a gelatinous cube to find out whether this other kid at school was a fellow nerd, therefore safe. You tested another nerd’s authenticity because you didn’t want to have someone over to your house only to discover they told EVERYONE that you have Swamp Thing action figures all over your bedroom. In your junior year of high school.

We’re not in school anymore. There’s no need to run someone through the gauntlet and see if they’re a real nerd. Ernest Cline didn’t write a book in order to weasel his way into your house, find your true nerd heart, and stab you in it. He’s not going to stand in front of a group at ComicCon, whip off a mask like a Scooby-Doo villain, and reveal he’s actually Tom Brady. Although I wish that happened. Not only is that world more interesting, it’s a world where I know can probably score ONE point during the sports portion of a pub quiz.

We’re all on the lookout for packaged nostalgia that takes advantage of us. But let’s face it, that ship has sailed. That Millennium Falcon blasted off from Disneyland, flew through a couple Nissan commercials, and crash-landed on top of BB-8, who was distracted because he was busy hocking Verizon.

Geek culture is mainstream. It’s big business. It’s blockbuster movies, Target t-shirts, and hell, you can buy diapers with Iron Man on them. Excrement bags we strap to babies, even those are nerd-ed up and stocked for the purchasing.

For now, nerdy stuff and commerce are about as separable as a Blow Pop mashed into shag carpet.

There’s a commercial element to Ready Player One. No doubt. At the same time, I would say it’s right in line with most of nerd pop culture.

I mean, c’mon. How hard can we crap on Ready Player One's commercialization when we can literally crap in Iron Man diapers?

Who Should Skip This Book?

If you are not at least a little smitten with pop culture from the 70’s and 80’s, and if you’ve got no patience for people who are, don’t pick up this book.

If you prefer fiction that says something explicit about politics or the world we live in or the role of technology in society or the environment—this won’t scratch the itch.

If you read books for the purpose of discussing them and dissecting them later, I think you could make a better choice.

If you think you’re going to hate it, you are probably right.

Who Should Read This Book?

Tango & Cash, embarrassingly, was off my radar for a long time. I went in with no expectations, no idea what was going on, and not expecting much. And I was rewarded with a nutty buddy cop movie and cinema’s greatest battle van.

If you don’t like something like Tango & Cash, if you hate turning the ol’ brain off, you probably won’t dig Ready Player One.

If you have a spot on your reading list for something that’s just plain fun, then I’d give it a whirl. If you like to put your feet up, munch some popcorn, and cough loudly to mask the sound of opening a beer in the theater, and if you can apply that “skill set” to reading, I’d say go for it.

If you can watch a movie without nitpicking some of the profoundly stupid things about it, like the idea that everyone is familiar with two hero cops by name and feverishly follow their exploits in the newspaper— 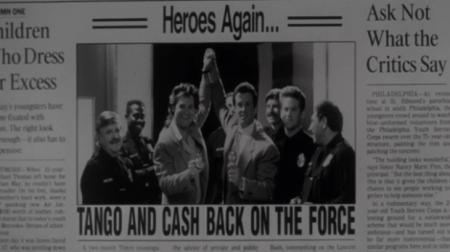 I know it's kind of moot, but I've spoke with Ernest. I've seen his ECTO-88 time machine Delorian driving around town. He LITERALLY wrote the movie about being a fanboy. He as authentic and avid of a "nerd" as you are likely to find. I honestly think that the book is more an expression of his desire to share the things he loves than it is an attempt to capture or pander to a sense of nostalgia.

And I've actually seen that, too. I attended a signing for his book Armada, and the audience was significantly populated by teens and tweens. In the pre-show RP1 trivia (BookPeople is the best), it was the crowd that was born post 1998 that dominated. I think that says a lot about whether this book is just for people who grew up loving that stuff or if it's only a nostalgia trip.

Community Manager
helpfulsnowman from Colorado is reading But What If We're Wrong? by Chuck Klosterman January 4, 2018 - 10:09pm

I honestly think that the book is more an expression of his desire to share the things he loves than it is an attempt to capture or pander to a sense of nostalgia.

I would agree. That's how it felt when I read it. I think there's a level of nerd excitement with it that comes through.

In the pre-show RP1 trivia (BookPeople is the best), it was the crowd that was born post 1998 that dominated.

That's interesting. I should perhaps amend my statement to say I'm the target demographic for the nostalgia presented in the book, but perhaps not the target demo for the book itself.

I thought the book's biggest draw was to the WoW types who could read a book about really living an online multiplayer... whatever it's called... game. Which was one of those ideas that you have to admit, is better than most, for a premise.

The writing and story itself... good, not great.

But then, the author's agent sent me a form rejection, so what do I know?