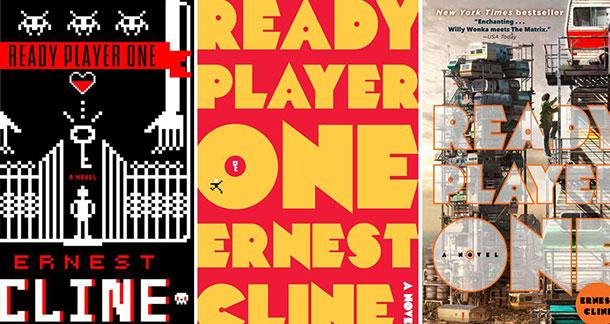 Nerd culture is everywhere these days. A relatively new-ish development has been a slew of video game related novels (no, I'm not talking about novelizations and tie-ins). With the kids that grew up in the '80s with Amigas and SNES, who are now in their 30s and 40s, this was bound to happen. Just look at Adam Sandler's Pixels (by no means a good movie, but leaps and bounds better than his usual fare, like *shudder* Grown Ups 2).

While there were quite a few novels in the 90s that took place entirely in virtual reality worlds, those were mostly second world fantasy novels that didn't really deal with video game lore or culture. Barring books like Gibson's Neuromancer and Stephenson's Snow Crash, this kind of novel didn't really happen until the 2000s.

Here are my choices of some of the better offerings. I haven't included non-fiction (perhaps in the future), but I do mention some in the end notes. 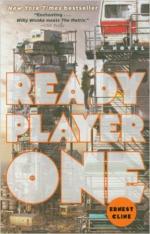 1. 'Ready Player One' by Ernest Cline

I'm kind of shocked that Ready Player One came out four years ago. Seems like everyone is talking about it, years later. Granted, there's a film adaptation in the works helmed by Steven Spielberg, but still!

Ready Player One deals with a teenager growing up in poverty in the not-so-far future of 2044. His entire life revolves around a massive multiplayer online game called OASIS, which is pretty much where everyone hangs out since real life is so crappy.

The main draw for our hero however, is trying to crack a puzzle that the tycoon who created the game has left behind, with the prize being his entire fortune and possibly the fate of OASIS itself. On the other side we have the company IOI, who want to solve the puzzle in order to own OASIS and start charging money for it. Clearly the stakes are high.

Ready Player One hits most gamers' nostalgia buttons pretty hard. The hero's main strength is his intimate knowledge of '80s era videogames, which coincidentally is what most gamers in their 30s and 40s are familiar with today. In that sense, it's a fun little diversion, all these references woven into the narrative itself.

Or if you're me, you kinda wish there weren't that many of them.

Either way, if you haven't checked it out, you're probably tired of hearing about it, so you might as well give in and give it a shot. 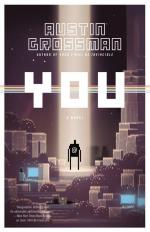 2. 'You' by Austin Grossman

I read this a couple of years ago and gave it a less than stellar review on my Goodreads (nobody check my Goodreads account), but thinking about it now, I might have been too harsh. My memory is giving me vaguely positive feelings, even a little bit of nostalgia. I think I might actually prefer this over Ready Player One!

In You, our protagonist Russel joins a game company founded by two of his old friends, one of which died mysteriously. His main job after joining is to find and squash a game breaking bug that threatens their new flagship game and possibly the company itself.

This is mainly used as a vehicle to delve into the history of his relationship with his friends, the company and their breakout hit game.

The mystery is pretty interesting, though I found the resolution less so, but the trip is worth it, in my opinion. If you're into video games and especially into the art of making them, this might be the best choice for your video game-related fiction. 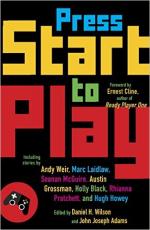 Perhaps something more faithful to video games: An anthology of stories dealing with, emulating or inspired by video games. Edited by Daniel H. Wilson and John Joseph Adams.

Strong recommend, especially as a sampler of a bunch of great authors. 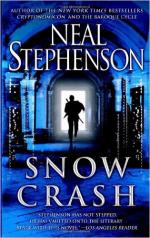 I'm gonna take you back a bit, to 1992 and Neal Stephenson's Snow Crash.

The samurai/hacker/pizza delivery guy, Hiro Protagonist is drawn into an investigation of a new drug/computer virus, Snow Crash, responsible for the death of his best friend. A fairly meta novel, it nonetheless fits the bill: Hackers in the Snow Crash world do their work in a virtual reality called Metaverse.

Not quite a video game book, but this is essentially a cyberpunk classic and well worth picking up. 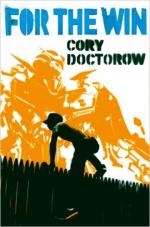 Available for free online but also conveniently on Amazon in eBook or paperback formats, For the Win is a Young Adult novel about kids fighting oppression through video games.

Synopsis: In the twenty-first century, it's not just capital that's globalized: labour is too. Workers in special economic zones are trapped in lives of poverty with no trade unions to represent their rights. But a group of teenagers from across the world are set to fight this injustice using the most surprising of tools - their online video games.

Taking a cue from real-life World of Warcraft gold miners in China and extrapolating its logical conclusion into the future, Doctorow builds a dystopian society where a group of kids is used as virtual reality slave laborers. It's an interesting, if not quite believable concept.

I'd also like to mention the work of publisher Boss Fight Books. They publish non-fiction books about specific video games from the golden era and beyond, from Jagged Alliance 2 to Earthbound. They're pretty fun for gamer nerds and although I don't see a Fallout book yet, I'll forgive them this oversight and hope they amend it soon.

Got a video game-inspired novel to recommend? Let us know in the comments.

Adam Eaton from Missouri is reading Dinosaurs Ever Evolving by Allen A. Debus November 30, 2015 - 5:18pm

Ready Player One is one of my favorite books of all time, but not just for th 80's video game nostalgia. The big hit for me s the general 80's nostalgia he puts together with the references to the movies, TV shows, fashions, music, and yes, video games of the time. Can't wait for the movie version.

Adam Eaton from Missouri is reading Dinosaurs Ever Evolving by Allen A. Debus November 30, 2015 - 5:20pm

Ready Player One is one of my favorite books of all time, but not just for the 80's video game nostalgia. The big hit for me s the general 80's nostalgia he puts together with the references to the movies, TV shows, fashions, music, and yes, video games of the time. Can't wait for the movie version.

Jane Wiseman from living outside of Albuquerque/in Minneapolis is reading Look to Windward by Iain M. Banks April 1, 2018 - 5:01am

Hey, there's also The Nix, by Nathan Hill. Although gaming is only one of its intricately twining strands, it's a really fun element of the novel. The majestic progress of the uber-player Pwnage across his virtual landscape, trailed by his acolytes, as he magnanimously gives away all his gear is really hilarious to anyone who has ever played WoW or eq2, anyone who has ever participated in either or both sides of this dialogue: "I'm quitting this f*cking game." "Can I have your stuff?"

It saddens me very much that I have been very welcome to pay attention to video games lately, but fortunately there is a site https://askboosters.com/proboosting/ that helps me to keep high ratings in the top video games.

Hello. I have a great solution for anyone who wants to boost their warcraft account. Great raid boost you can offer site where many players have already ordered reinforcement for themselves. This is a great way to save your strength and energy for further quests and raids in WoW.

The plot of the film Ready Player One was one of my favorites. I appreciate how it starts by explaining how the world came to be the way it is now. The film provided a fantastic depiction of how the world might change in the near future as a result of technological advancements. It was like I was playing a game while watching this movie. Anyway, if you want a guide on PC gaming, click here for more info.

The Books about Video Games are a great way to learn about the different aspects of video game development. They provide an insight into the process of designing and developing video games. They also offer tips and tricks on how to improve your gaming skills. The books are written by experienced gamers and developers who have a passion for gaming. Some video games can also be explored to earn some real money. You can click right here to explore and learn more about this tremendous opportunity of earning money while playing video games. This industry is currently blowing.

Slither.io is a multiplayer online video game available for iOS, Android, and web browsers, developed by Steve Howse. Players control an avatar resembling a snake, which consumes multi-colored pellets, both from other players and ones that naturally spawn on the map in the game, to grow in size

Dynamons World Mod APK is filled with limitless possibilities to explore and discover. Your little ones will use their creativity to battle enemies and restore balance in the universe while playing exciting mini-games. With the intuitive controls and engaging gameplay mechanics, your child won't want to put down their device! Download link: https://techtodown.com/dynamons-world-mod-apk-1/