Reading Outside Your Comfort Zone 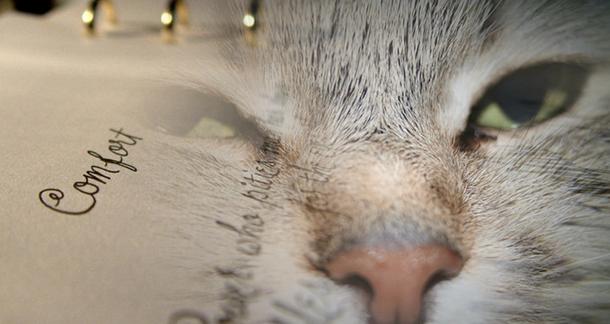 Some of my best reading experiences have been with books outside of my comfort zone. Times when I’ve challenged myself to read beyond my preferred genres and expand my horizons. To read stories from points of view radically different from my own. Titles such as The End of Alice by A.M. Homes, ‘Fox 8’ by George Saunders, Everything That Rises Must Converge by Flannery O’Connor, The Wind-Up Bird Chronicle by Haruki Murakami, and If This Is a Man by Primo Levi. These days I’m not even sure what my ‘comfort zone’ is or if I have a ‘preferred genre.’ Mostly I’m interested in characters, experiences, and lessons learnt. I reached out to six writers I admire to ask about a time when they’ve read outside of their comfort zone and the impact it had. 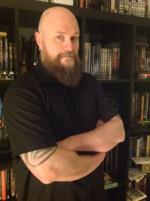 The novel outside of my comfort zone (at the time, anyway) that affected me the most was Kindred by Octavia Butler. When I first read it, I was already a big fan of Margaret Atwood and Joyce Carol Oates, so feminist spec lit was within my comfort zone, but at that time I hadn’t yet encountered the idea of intersectionality and how the experiences of African-American women might differ from those of their white feminist counterparts. Also, aside from reading I Know Why the Caged Bird Sings and The Color Purple in college, I just hadn’t sought out much work by Black female writers, feminist or otherwise. Reading the experience of a modern, progressive Black woman from the 1970s transported in time to the Antebellum south was like driving down a brand-new road I had never been on, and didn’t know where it would lead. And that was exhilarating. I read fiction for the purpose of imagining experiences I would never have. I think the importance of reading outside of one’s comfort zone is to try to understand (however much one can) the experiences of real people, even if they’re travelling through time, or fighting monsters. Kindred opened my eyes to an entirely different way of looking not only at science fiction, but at life in America at a point in history, life as a woman, and life as a person of color, all at once. It also solidified the fact that I needed to read more broadly, not just in terms of genre, but in terms of perspective. Picking up a literary novel when you prefer fantasy, is a step toward reading outside of your comfort zone, and it should absolutely be done. But I think a more important step is to pick up a novel in any genre, written from a perspective you do not already possess. Rockets and mobsters and monsters be damned. It’s characters that communicates in fiction, no matter where they live.

Bracken MacLeod is the Bram Stoker Award-nominated author of Stranded and Come to Dust. 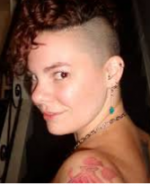 I can count the number of autobiographies I've read on one hand, and most were written by Carrie Fisher. I love them all, but Wishful Drinking had a major impact on my life. In Wishful Drinking, Carrie recounts growing up in the entertainment industry—the book is rife with hilarious anecdotes and photos—but she also talks very frankly about art, mental health, and addiction. (Shit, here come the waterworks.) I was not yet diagnosed with depression or an anxiety disorder when I first read it, but those issues were there, of course, peeking out every so often in my art. Reading Wishful Drinking made me feel like I had a kindred spirit in Carrie Fisher, that someone truly understood how pain and joy, failure and success, vice and inspiration get all mixed up when you choose to let your life be art instead of just imitating it. She was a magical human being, and Wishful Drinking is just one of many reasons she’ll be an eternal lantern in the darkness for me.

Jessica McHugh is the author of eighteen books including The Train Derails in Boston and her bestselling thriller, Rabbits in the Garden. 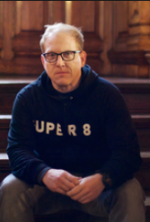 Philip Fracassi on 'The Journal of Albion Moonlight' by Kenneth Patchen

I read this book early in my adult life, and at a key time in my literary life. I had never read surrealism, but was broadening my horizons after a childhood of genre fiction and a young adulthood of literary works and classics. Patchen, a novelist and poet, and his masterpiece stirred in me a passion for language unlike anyone, or any book, I’d ever read. Phrases and descriptions infiltrated and reshaped my literary mind: "The wind sniffed at the trees’ scented hair. A great paw of sun played with the million blue tits of the sea."

But more than words, Moonlight opened ideas, an almost philosophical way of thinking about reality or, more directly, the reality of the fictional world. The first time I read, "I have forgotten my mask, and my face was in it," I knew I’d never be the same again. I learned that words could break your heart when reading things such as: "The ocean asks nothing of the rain," or, "Nothing that can be lost is worth possessing."

I could pull a thousand quotes from Moonlight, and each one would be more fantastic than the last. The only solution is to read it, cover-to-cover, and let it alter your mind as it has mine, like a raindrop of sweet literary acid.

Philip Fracassi is an author and screenwriter living in Los Angeles. His latest books, Behold the Void and Sacculina, were both published this year by JournalStone. 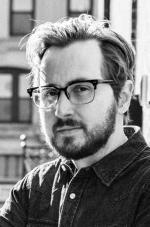 I picked up Altered Carbon on rec from Axel Taiari. I normally write (and read) crime/mystery fiction but I was trying to write a sci-fi book, so I was looking for reference points other than Ender's Game or Star Wars or those kinds of go-to books. Altered Carbon totally set me on fire. It was the perfect mix of sci-fi, mystery, and philosophy, filled with treacherous men and duplicitous women. I came back to that book a lot while writing The Rebellion’s Last Traitor.

Nik Korpon is the author of several books, including The Rebellion’s Last Traitor, The Soul Standard, and Stay God, Sweet Angel. 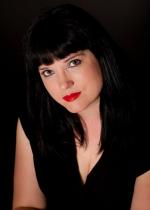 Mercedes M. Yardley on 'Get It Done When You’re Depressed' by Julie A. Fast and John D. Preston

I felt like a stranger to myself when I ordered the book Get It Done When You’re Depressed by Julie A. Fast and John D. Preston. I was terrified for one main reason: I had to finally admit to myself that I was dealing with depression. This wasn’t simply a bad day, but instead a debilitating, life-altering depression that wasn’t going away with doses of sunshine, exercise, or a cheery attitude. I couldn’t simply think or pray it away. Gratitude wasn’t enough to pull me from the abyss.

This book changed my life. Not only did I admit that I was struggling, but now I could connect with others who were in the same boat. I read it several times and regularly give it to other creatives who deal with the same thing. There’s freedom in being open about something that previously stigmatized you.

Mercedes M. Yardley is the author of many diverse works, including Beautiful Sorrows, Apocalyptic Montessa and Nuclear Lulu, and Pretty Little Dead Girls. 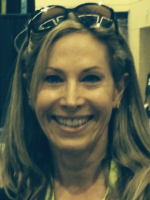 JS Breukelaar on 'Tools of Titans' by Tim Ferriss

Like many writers, I’m a shamelessly indiscriminate reader, but so-called self-help books, when they’re not about the writing craft, have always been problematic for me. Maybe it’s their titles, which often use an off-putting vocabulary of ‘unlimited power’ or ‘total mastery’—ideas that I push against rather than lean toward. But recently I was stalled with a story, and picked up a copy of my husband’s Tools of Titans by Tim Ferriss (still waiting for there to be a self-help book called The Bus Conductor’s Teaspoon), and it hit me like a flash—my hero could be a compulsive self-help book reader as a means of motivating him in his losing battle against a literal demon. So I started reading, thinking that I’d weave fragments of self-empowering hoo-hah into my story, and instead I found myself humbled and profoundly affected by words of professional advice and personal solace from the likes of Cheryl Strayed, Whitney Cummings, Kevin Kelly and Robert Rodriquez—words that resonated both with my protagonist and myself.

JS Breukelaar is the author of Aletheia, American Monster, and Ink, as well as numerous short stories, essays, and poems.

When have you read outside of your comfort zone, why did you pick up the book in the first place, and how has it affected you?

See you in the comments. 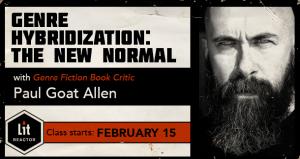