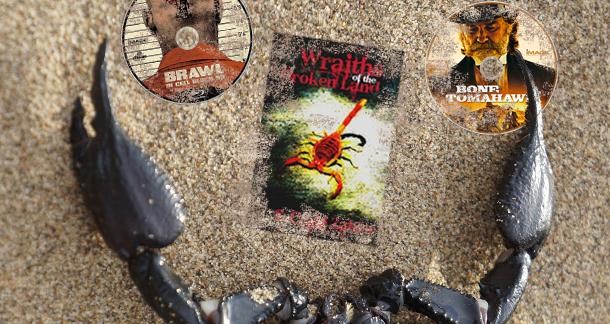 Here’s how I can tell I’m really involved in a book: I read when it’s inconvenient.

I read in the 3 minutes it takes to brush my teeth. I read while I take a dump. I get places early and spend the extra time reading. I’m annoyed when friends show up on time because I have to put the book down.

That’s what it was like with S. Craig Zahler’s Wraiths of The Broken Land. Everything else about life dropped away, and all I cared about was seeing the story through to the end.

This book is the real deal.

The road to Wraiths started with the 2015 movie Bone Tomahawk. Halfway through its gritty, dialogue-driven story I was thinking, “This is like The Hateful Eight, but better. In every way.” 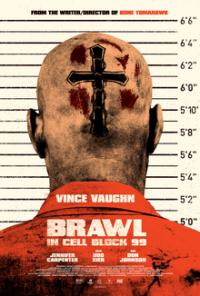 Another 30 minutes and I was repulsed. In every way. But I had to see it through.

That’s the chorus in this story, and it's a tagline to S. Craig Zahler’s work. It’s so awful, and it's so good. You have to see it through.

Zahler's next movie, Brawl In Cell Block 99, is even better. It’s the kind of wildly violent, compelling, grindhouse-y stuff that so many filmmakers shoot for and so few achieve.

Brawl In Cell Block 99, from start to end, had me swept.

Then I found out that the writer/director of both films wrote some books. So I jumped online, found the one with the highest rating, and started reading.

I think discussions of politics are dumb. Because you know how you feel, I know how I feel, and me telling you how I feel probably won’t change you in the slightest. So, I’m going to devote just a small space to Zahler’s politics, and I’ll let him do most of the talking:

If you come into a movie and you’re very focused on one thing—like you’re very interested in how people of this ethnicity or people with this belief system or women or children or people from Canada are treated in this movie … that’s your viewpoint...And you’re entitled to it. If the most important thing for you to get out of the movie experience is to see a reflection of your personal beliefs, you probably won’t get that with any of my movies because they don’t even consistently line up with themselves.

Zahler has been under some heat after his latest, Dragged Across Concrete. Mostly because the movie cast Mel Gibson as a bigoted cop. There's also some "depends how you look at it" to Bone Tomahawk and Wraiths of The Broken Land.

Here's my opinion: Zahler does not do morality tales, and he does not show a world we want to live in. His pieces are not concerned with being woke, and if that’s your thing, his stuff might not be. If the primary way you read a book is by evaluating its politics, Zahler might not be your guy.

If, however, you’re someone who feels like a character or a story expressing something problematic is a fine thing to happen in a novel, then I’d advise you to give it a shot. If you lean towards aesthetics and are willing to forgive problematic material, if you’re a person who is up for reading something and saying, “It’s got these problems, BUT…” then you might really dig Zahler’s stuff.

I don’t think S. Craig Zahler is a secret right wing propagandist. I think he makes things that he thinks are challenging, interesting, and creative. And I think he takes extra heat because he spends very little time defending himself:

I hope people enjoy [my books and movies], but I’m not going to make different creative choices so that more of them do.

We live in an age where Game of Thrones fans feel they are owed a certain outcome, where they petition to get the final episodes rewritten in a way that’s more pleasing to them. We live in a time where many a viewer feels their opinion on a piece of art is as important, if not more so, than the art itself. I like that Zahler is doing something different, individualistic, and uncoupled from morality.

Zahler makes things his way, and they're expressly not for everybody:

Of the people who want to see a movie called Bone Tomahawk, 60% will like it, 20% will think it’s disgusting and offensive, and 20% will think it’s boring, and those stats hold with all of my movies. I take my time, there’s stuff that will trigger certain people and that’s fine, these are the pieces I want to make.

Wraiths is a western. Sort of. It’s a Tarantino western, an ultraviolent, grindhouse-y western that pulls no punches (or kicks, bites, fish-hooks, headbutts, decapitations, mutilations, gunshots—you get it).

The only book I can compare it to is Cormac McCarthy’s blood-drenched masterpiece, Blood Meridian.

Now, I say this knowing that it’s not quite right. McCarthy’s book is wordy and artsy, meandering where Zahler’s book wastes no time going from one thing to the next. Where McCarthy’s book is mystical and lyrical, Zahler’s is uncomplicated and gory.

Blood Meridian is one of the best books ever written. Wraiths, however, knows when it’s time to be a little trashy. A little pulp-y. Where Blood Meridian goes high, Wraiths crawls on its belly, through the dirt, blood, and greased-up scorpions.

I never thought I’d read a book that made me consider Blood Meridian gentle on any level. But Wraiths did it. Blood Meridian puts the reader under a spell. You’re in McCarthy’s world, and he carries you through it in the palm of his hand. It never feels quite safe, but it’s safer than Zahler’s world, a world where you’re less under a spell than you’re poisoned, gutshot, and terribly, terribly sad.

Why It’s Better As A Book Than A Movie

Movies are passive entertainment. We might watch and try to get one step ahead, figure out where the movie is going or how it’ll try and surprise us, but regardless of whether you’re right or wrong, it all happens without any real work on your part.

The book makes you get your hands dirty.

In the aforementioned Blood Meridian, Judge Holden (who is basically the devil) says:

When you read Wraiths, every page turn is another act of creation, and another act of consent. Another admittance that you want more. Another utterance: Yes, I’m going to see this one through.