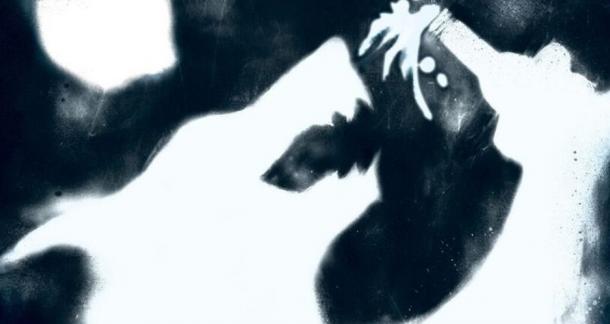 As a young child, just a baby really, my parents abandoned me in the woods for a better life. A better life for them or myself, who’s to say? Eventually I was discovered by a curious pack of wolves. In a scenario like this, you’d think the obvious conclusion involves the wolves devouring my little baby corpse. But if that actually happened, then how did I grow up and write this article? Think again, dummy. Instead of eating me, the wolves welcomed me into their family. They raised me as their own. Together we would explore the forest and hunt down prey. It was easily the best time of my life and I miss it every day.

Sadly, like everything, it came to an end at the age of five, when a state trooper caught me eating roadkill on the side of the highway. “You, boy! Release that skunk at once!” he shouted, pointing at me as he leapt from his patrol car. I’m sure I replied, only it probably sounded like some weird growl on account of me not knowing English yet, being 70% wolf and all.

Papa Wolf, as I learned to call him, was indeed the greatest father I could have hoped for, and I loved him with all my heart.

A few days later, I found myself trapped in an orphanage surrounded by other kids who had clearly never lived in the woods. None of them got along with me too well. Apparently, I frequently bit people who I disagreed with. I also had an issue with urinating in corners, which I’ll admit is still true to this day, but what’s the harm in a little pee pee? It never hurt anybody who didn’t already deserve it.

Well, I got in a little too much trouble, and nobody ever wanted to adopt me—until, miraculously, the state trooper who’d discovered me along the highway came crawling back, claiming to feel some sense of obligation, and volunteered to become my legal guardian. He took me home and tried to raise me right, only it’s not the easiest task, parenting a wolf child. Disaster after disaster ensued as we attempted to live together, until one day he devised a solution and came home wearing an authentic werewolf mask. You see, he’d realized that all this time, everybody had been trying to force me into acting more human, when nobody had thought to try acting more wolf. From that moment forward, whenever we were together, he chose to walk on all fours, just as I did. We even started peeing in corners together. Papa Wolf, as I learned to call him, was indeed the greatest father I could have hoped for, and I loved him with all my heart.

Back in February, my werewolf novel, Carnivorous Lunar Activities, was published by Fangoria. While promoting the book, I was asked the same question by every single interviewer: “Why werewolves?”

During one YouTube interview, I randomly came up with a story about being raised by wolves. I told them that I usually didn’t talk about my childhood online, since it was deeply personal and very hard to discuss, but figured it was time to get it off my chest. Then I spat out something very similar to the opening paragraphs of this article, somehow managing to maintain a straight face. The interviewers stared at me with an expression that can be best described as “What the fuck is this kid talking about?” They didn’t know whether to laugh or gasp. By the end of it, I think they were leaning on the side of humor. We closed out of Skype and I sat at my desk, exhausted. Moments later my phone beeped with a text message from one of my co-workers. Evidently, she had been watching the interview’s livestream on Facebook.

I hereby present the conversation that followed: 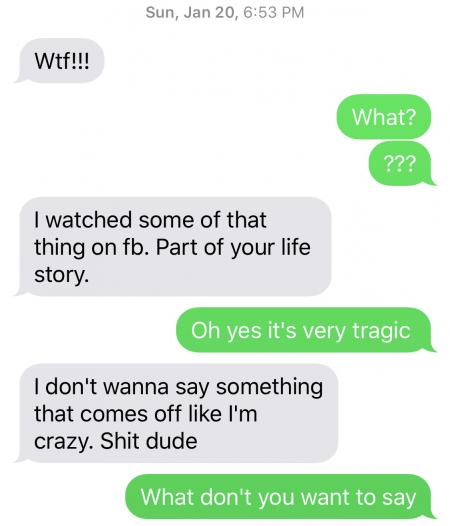 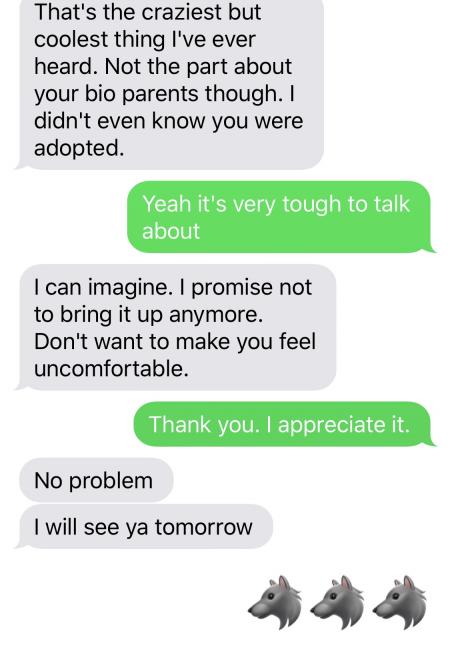 When I eventually told her the truth, she punched me in the arm, but it was worth it. Making up insane lies is a cool thing that I strongly recommend.

Of course, they weren’t the first interviewers to ask me that question, and they certainly weren’t the last. Smarter people might have done a better job preparing themselves. They might’ve outlined this entire werewolf agenda. Maybe that’s why people hire actual publicists. In any case, when I wasn’t pretending to be raised by wolves, I’d answer the “Why werewolves?” question with a variety of answers, ranging from “Oh, I don’t know” to “Because they’re cool as shit”.

The truth was, I really didn’t know. I never planned on writing a werewolf book. It just sort of happened. Early on, I knew I wanted to write a single-location book between two characters. I wanted to challenge myself by devising a single conversation into an entire novel. It seemed clear that for two characters to remain in one location, one or both of them would need to be trapped, perhaps handcuffed or chained down. This led to having one of my protagonists, Justin, being restrained in his own basement, while his childhood best friend, Ted, stood above him holding a handgun. Many questions sprung from this scenario. Why is his best friend holding a gun, and why is he chained up? Maybe Justin is the one who gave Ted the gun, and despite not being restrained, Ted’s actually the real prisoner here. But why would Justin chain himself up? And why does he want Ted to shoot him?

Ask any current or former alcoholic about emerging from a blackout, and you’ll see true fear.

It doesn’t take a rocket scientist to decipher how I transitioned into werewolf territory from there. In my head, this brainstorming process felt very smooth and logical. All the pieces fell in the right places. I wrote a werewolf novel because it made the most sense for this specific set-up.

That’s not to say I didn’t already love werewolves, because I most certainly did. Films like An American Werewolf in London formed my childhood, and Ginger Snaps might very well be one of the coolest things I’ve ever seen. Stephen Graham Jones’s Mongrels kills me every time I think about it. Werewolves have always been cool, much cooler than vampires or zombies. Why, though? It’s hard to say.

While writing Carnivorous Lunar Activities, I kept circling back on the same theme: losing control. It’s a fear present in almost any normal human being. Throughout the novel, Justin tells Ted stories about his various werewolf escapades, which always seem to conclude with Justin waking up the next day, naked and covered in blood, no idea what had happened the night before.

Ask any current or former alcoholic about emerging from a blackout, and you’ll see true fear. The concept of your body operating without your mind completely intact is terrifying. You wake up the next day, sick out of your mind and feeling like you’ve been ground up and spat back out. What happened last night? What did you do? What did you say? Anything is possible. You just hope nothing permanent occurred. The werewolf experiences something very similar, only the chances of having ripped apart a human become much greater with a lycanthrope disease pumping through your veins. A blacked-out alcoholic going on a rampage through a city is almost as scary as a werewolf pulling the same stunt. Both scenarios are likely to end with multiple corpses. And guess what? The next day, neither of ’em are going to remember a goddamn thing about what happened.

Maybe the reason werewolves work so well is because we’re not that far away from becoming one ourselves. It’s not difficult to relate to these supernatural carnivores. We party. We get wasted. We black out. We do things beyond our control. Sometimes scary things. Animalistic urges beg to escape. We’re all dogs gnawing at a leash. In Carnivorous Lunar Activities, my two characters are alcoholic fuck-ups. When we begin, both of their lives are already ruined, and there’s not much to do about it except get drunk and talk about their childhood. Sure, one of them might be a werewolf, but both of them have certainly made enormous, life-changing mistakes.

Werewolves are constantly screwing things up, but so am I.

And so are you.