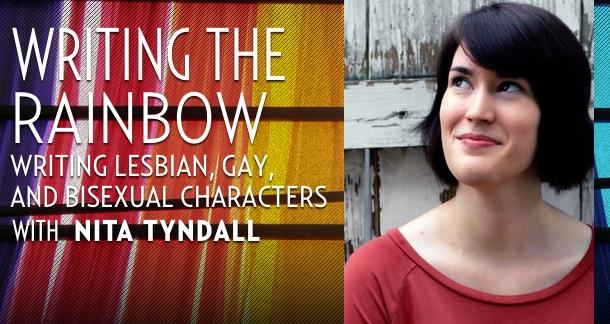 I’ve been reading queer YA since I was in middle school and starved to see myself in stories. In the beginning, I took what I could get, even if the stories were riddled with cliches, because I was so desperate to see my identity reflected. I snuck these books from the library and hid them behind my textbooks to read, comforted because I could at last see myself.

Queer YA has changed a lot since I began reading it, though, and for the better. We’re getting a wider range of stories and experiences, including books by/about queer PoC and trans characters, something those early stories lacked, though we still have a way to go. Even better, we’re getting stories by authors who openly identify as queer and write about those experiences, such as Adam Silvera, Malinda Lo, and Alex Gino (to name a few). The subjects I read as a teen are now being handled with nuance by the people who’ve lived them, rather than building off a straight writer’s perception of what those experiences might actually be like.

That’s the problem with tropes, you see—when they’re all that’s reflected, you begin to feel like that’s what your experience has to be like in order to be valid or “real enough.” For a long time I thought I had to wrestle and hate myself for my identity because books told me that’s what the journey to coming out was. I thought I couldn’t possibly identify as queer until I’d been with someone of the same gender to “prove it.” I thought my religious parents would have to hate me and throw me out, because that’s the experience I’d been sold. And those tropes don’t just affect the people they’re about, too, but those adjacent to them. When you focus a character’s coming out scene on how it makes the straight character feel, for example, you’re centering on the feelings of someone whose feelings don’t need to be centered on in that moment. You’re taking a bold, frightening moment for someone queer and focusing it on their straight friend. This takes importance away from that moment.

I’m not here to tell you what you can or can’t write, but I do want to help you make it as authentic and nuanced as possible. That’s the point of this class. To give straight writers a chance to learn and grow and write queer characters, and help them find those mirrors and windows they can see themselves in without having to rely on problematic stereotypes or tropes. The goal of diverse books is to give people windows—to see through into someone else’s experiences; and mirrors, to see their own identities reflected back at them.

Reading a trope or a poorly-executed stereotype? That’s like looking at a distorted mirror and expecting yourself to look like that all the time.

Nita's class starts next week, and there are still seats available. Want to learn more? Click the banner! 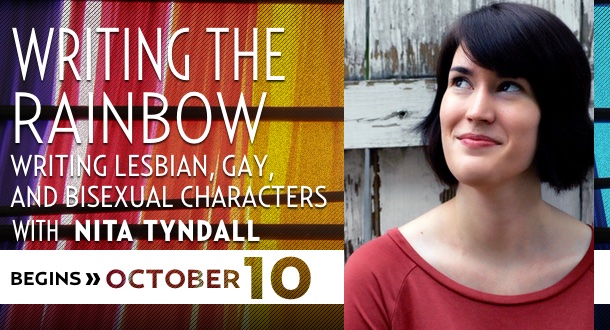 Nita Tyndall is a tiny Southern queer with a deep love of sweet tea and very strong opinions about the best kind of barbecue (hint: it’s vinegar-based). She is a 2017 Lambda Literary Writer’s Retreat Fellow in YA literature. In addition to being a YA writer, she is a moderator for The Gay YA. You can find her on tumblr at nitatyndall where she writes about YA and queer things, or on Twitter at @NitaTyndall. She lives in North Carolina.