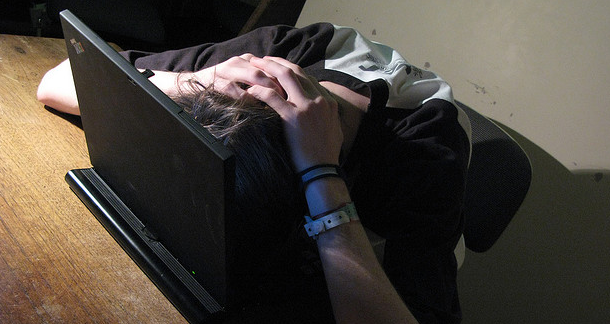 One common mistake in fiction writing can be illustrated with a story I once submitted for an MFA workshop. In my story, the main character is constantly tormented by an older, bullying acquaintance. Later in the story there’s a scene where a third man attacks the second man, and our main character chases the third man down and nearly beats him to death. In class my professor asked the obvious: “Why would the character risk his life to assault someone who was attacking a person the character didn’t like?” Naturally, I began coming up with excuses: “he wanted to prove himself,” or “they’ve known each other a long time,” or “he doesn’t hate him, they just have a bad relationship.” In reality, I knew I’d invested no work to make any of these explanations make sense, but my character had to attack the man to enable what occurs later in the plot, and he had to have a bad relationship with the second character for what happens at the beginning. In other words, I'd written myself into a plot corner.

Stories can suffer from the confines in which we’ve placed them. We know where our stories are supposed to go, but often the events and characters we’ve created serve as more of an impasse than a gateway to resolution. As a result, writers find themselves creating a series of clunky transitions to keep the plot on course toward that preconceived end. Scenes occur not as organic parts of the story but simply because the author desperately needs them to make the plot work. Anytime a character does something because the writer needs him/her to maneuver plot — not because it’s a trait germane to that character — the story is seen as a sort of montage of conveniences, where readers are expected to suspend their judgment too many times in order for the story to work.

Coincidence and convenience ruin plot. Anytime random, extemporaneous events are embedded in a story for the purpose of turning plot they are, by definition, deus ex machina. I think writers are allowed one deus ex machina per story, and typically it’s at the very beginning, where the ‘story’ starts. Fiction is just that: it’s the illustration of anomaly, the disruption of a preexisting pattern, the specific coinciding with the general. But the beginning is the only time you get to use it. Anytime you begin spiking your narrative with anomalies to keep the story moving it reveals the hand of the author working behind the story. The reader sees you putting the literary rabbits in the hat before the trick is performed, and your narrative loses credibility.

One way to fix this is make sure your stories are driven by character, not plot. This means a narrative should follow a character’s movements, not guide them. Trying to create compelling characters inside a pre-determined plot mold is a fool’s errand. Characters need the freedom to show who they are as the plot moves forward. If it’s a good character, she/he will smash the confines of the walls you’ve placed them in, so be flexible enough to allow your characters to react to the situations you’ve created. Invariably, the plot should result from your characters’ reactions to them, not the other way around.

Think about your own life: you react in ways that are intrinsically you to the things that happen to you. No doubt, life can throw some unexpected curveballs — and that’s a story in itself — but given that stories are accounts of the specific coinciding with the general, the real stories are the choices you make within those everyday situations. Plot should be the same. It should be open to your characters’ interpretation of those causal, mysterious events.

This also means characters have to earn their behaviors. In my story, I put nothing in my character that said he’d be willing to attack a stranger to protect someone whom he hated. The person I built didn’t earn believability in his later actions, and my in-class about-face was proof that something was missing in order to make those actions work. The only way to fix this problem would be to go back to the beginning, to add some provision to this character that showed acceptance was so important to him he’d be willing to go to unreasonable lengths to achieve it. It’s great when characters do unexpected things, but adequate groundwork has to be laid to give readers the capacity to find otherwise unexpected actions believable. In other words, the crazier and more unbelievable something is, the more rigorously logical the story has to be to make the bizarre credible. You’ll need to do the necessary work to convince us the way in which the story turned was, in fact, the only way. We don’t need to know everything about a character, but convenient explanations outside the text can never justify otherwise unrealistic events in a story.

Chester Pane from Portland, Oregon is reading The Brief and Wondrous Life of Oscar Wao by Junot Diaz December 21, 2011 - 10:03pm

...the crazier and more unbelievable something is, the more rigorously logical the story has to be to make the bizarre credible.

Hetch Litman from Somewhere in the mountains of the Pacific Northwest is reading The Violent Bear it Away by Flannery O'Connor December 22, 2011 - 1:32am

Believe it or not I was just struggling with this exact problem right when I took a break and saw this article. All I can say is thanks. No, really.

Great article. Something I routinely forget when I get caught up with developing a substantial plot. Thanks for the advice and reminders.

Everything else is subject to debate.

1) 'We know where our stories are supposed to go' - 'preconceived ends' - 'clunky transitions' : Aside from doing a synopsis, pre writing (which is a technique not a requirement), I disagree with the premise:  You're thinking too much on the conscious level - get visceral, get into the subconscious - let freakin go.  Worry about all else one done - that's what revision is for.

2) 'Story driven by Character, not Plot' : It is limiting to claim this.  There are many ways to skin a cat.  Conflict comes when and where it comes.  Sure there are the basics: man vs man, man vs world, world vs man, etc...  Just saying - don't limit yourself - there are no limits.

3) 'Bizarre Behavior requires rigorous logic' : don't buy this too much.  I'f I'm a tax paying blue collar feeding a machine all day in order to feed my kids and zombies start coming out of the ground, then I'd say anything goes - with no undo fuss  (call that one the world acting on my character)

But, all said, great food for thought.  I thank you.