Primer: The Work of Tom Piccirilli 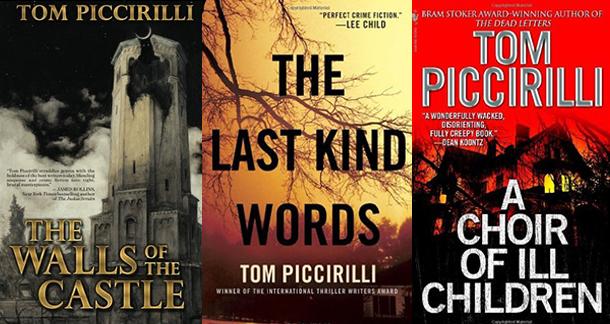 Tom Piccirilli passed away this July and the literary world lost one of its most intense and passionate authors. Like many of his friends and acquaintances wrote in their tributes earlier this year, Tom was a great, talented guy. He was always down to talk writing and publishing with people he barely knew (like me!). I have an email lingering in my account from him, which still sits there to this day. I asked to interview him back in 2009, but the magazine I was working with at the time shut down unexpectedly, so the interview never happened. I never got back to him about it.

So consider this my making amends: If you haven't read any of his books yet, I'll make a fan out of you. For the rest of you, consider this a reminder. Time to plow through that catalogue.

He wrote a ton of books (almost thirty, not counting novellas). Let's talk about them.

My introduction to Tom Piccirilli was probably atypical. The first novel of his I ever read was a media tie-in. Specifically, it was a Hellboy tie-in called Hellboy: Emerald Hell. The only reason I picked it up was because I'd heard good things about him and well, I knew I liked Hellboy, so why not? Premise sounded good, so I went for it.

Putting Hellboy into that kind of southern, swampy Georgia setting is a genius move, and most important of all, Piccirilli got Hellboy. You could insert this novel into the comic book series and it'd fit right in.

So yeah, I wanted to read more. I read a bunch of his books over the next couple of years because his writing blew me away.

So where to start, if you've never read the man or if you only read that one book and you're feeling a bit lost? There are probably easier choices, but I'll start you off with my favorite. 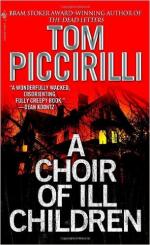 'A Choir of Ill Children'

Choir of Ill Children is not a particularly difficult book to get into. The writing is tight and flows effortlessly. But it is a really weird book.

Thomas is the caretaker of three conjoined twins that share a brain, but separate bodies. His best buddy is a reverend that's cursed with the gift of tongues. There's hedge magic, psychics, an almost supernatural corruption and the general dread of a Southern Gothic novel.

It is, as far as I'm concerned, his best novel. If not for the quality of writing, certainly as a showcase of the ideas that make up his work. It's an interesting peek into Tom's mind and his strange stories. 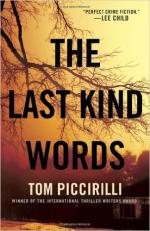 Piccirilli's last novel (It has been pointed out to me his last novel was actually The Last Whisper in the Dark). A little less strange than his others, this is a straight crime thriller set in the South.

Last Kind Words is about the Rands, a family of criminals and grifters. Terry is the son who cut them out of his life half a decade ago. Now he's being pulled back in, asked to investigate one of the eight murders his brother was convicted for. His search takes him deep into his own family's dark past.

The various family members and their quirks are possibly the best part of the book. Like most of his other work, there's a sly sense of pitch dark humor at play here. 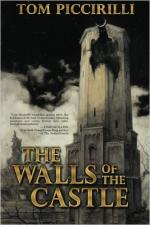 'The Walls of the Castle'

Your mileage may vary, but for me, The Walls of the Castle was a heartbreaking, oppressive, dark novella. It's a hard read for sure, but rewarding.

Kasteel lives in the Castle: An enormous, labyrinthine medical complex. When his son passed away after months of cancer treatments, Kasteel never left. The Castle is a hellish place, full of victims and victimizers. Kasteel lives in the shadows of the hospital, stealing food, looking into the patient and staff's files, punishing the transgressors.

If you ever spent any amount of time in a hospital as a patient or because a loved one was, you'll get where this novella is coming from. 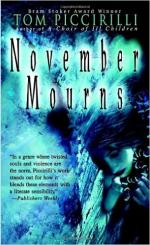 Another one of my favorites, perhaps because of the setting. Nobody does Southern Gothic like Tom Piccirilli.

Shad went to prison for assault, after defending his sister. Recently released, he heads back to the mountain town he left behind, only to find his sister dead and no clue as to how or why. He can also speak to the dead.

A kind of spiritual successor to A Choir of Ill Children, November Mourns is a really smart, gritty noir with some supernatural overtones. 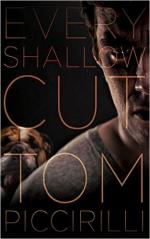 A novella about a man who has seemingly lost everything, buys a gun and sets off across the US to go see his brother in New York, with only his dog for company.

You're either already sold on it by now or not. Pick it up, it's a short, tight read you can finish in a couple of hours at most. Lean and mean.

If diving into a novel feels daunting, try his novelette, Loss. It has the same weirdness and strong characterization that Choir has and is readily available in eBook format.

I really wanted to recommend Piccirilli's short fiction, but a lot of those collections are now out of print. If you do find one of them in the wild, be sure to grab it, you won't regret it.

What was your first Tom Piccirilli book? Which one's your favorite? Let us know in the comments.

I've only read A Choir of Ill Children, and I absolutely loved it!

I heard at BizarroCon, I think it was J. David Osborne who said it, that he had never been to the South his whole life. He just wrote fantasticaly about it, without knowing the place. I think this is incredible.