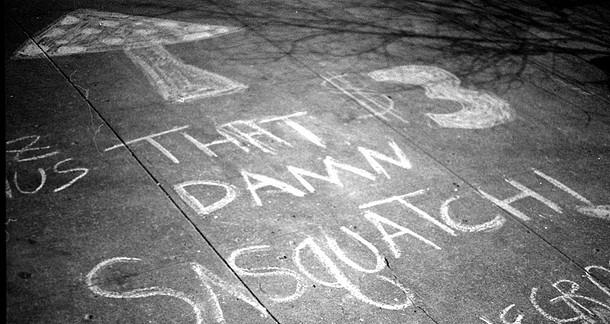 Acquisitions editors will tell you that, beyond a solid command of craft and a good yarn, what they’re looking for is this ineffable something known as presence on the page—a literary critter so elusive, so infrequently and sketchily described, it might as well be Sasquatch.

What is this beast so many editors spend their days in search of? And why is it so critical to your chances of publication?

Too often, writers fear that in order to get attention in an over-stimulated world, they need to open with a car crash, a zombie apocalypse, an explosion of expletives, an alternate universe, or prose that turns cartwheels on the ceiling. It’s not that those things can’t work, but they’re certainly not necessary, and unless they’re done exceedingly well, they backfire. What the editor is really looking for is presence on the page—a feeling that you, the author, are in control; that you have a deep respect for language and a well-made sentence, no matter how plain or ornate; that something is at stake; and that in addition to whatever plot you are hatching, you can create friction in the simple act of rubbing two sentences up against each other.

Being in control means that you, the author, are aware of the effect you are creating in the reader’s mind. Acclaimed speculative fiction author Jeff Vandermeer points out in Wonderbook: The Illustrated Guide to Creating Imaginative Fiction that the opening of a story is like a keyhole glimpse of a complex scene. With every sentence and paragraph, that keyhole widens. Writers who are in control of a story understand the effect, as well as the expectations, created by each incremental revelation, and work skillfully with them.

As far as “a deep respect for language and the well-made sentence,” that means, essentially, prose that is distilled, no matter how basic or Baroque. Distilled, as in 1) generally lacking in redundancies (“nodded his head”); 2) carrying information not only about what is being said, but who's saying it (voice); and 3) possessing a sense of its own rhythm and music.

So far so good. But how do you create the sense that something is at stake in your story on the very first page? Isn’t that kind of like expecting your kid to grasp the basics of postmodern literary theory before she’s even out of diapers?

Think of this way: You meet someone at a cocktail party. This person seems cool, so you strike up a conversation, and before you know it, they’ve launched into a story. Is this story going to have a point? Or is this person going to waste your time?

When you’re in the hands of a good storyteller, you can tell, right off the bat. Because a good storyteller not only does not waste your time, he knows how to manage your expectations (see above), sending clear signals as to where the story is headed and why it matters. A good storyteller will tell you a story about a major turning point in her life; about how she overcame the death of a loved one, or didn’t; about how she found the love of her life, or lost him; or stopped a drunk driver from killing someone, or watched a drunk driver kill someone, or witnessed something very strange in Dallas the day Kennedy died.

A good storyteller will not tell you a story about his Bad Day at Work That Ultimately Wasn't All That Significant or A Friend from College I Sort of Lost Track of, But It Was No Big Deal, or even Some Interesting Facts About My Uncle Fred (unless in the service of an actual story). Because stories, unlike such minor bits of BS, require a substantial amount of time to relate; if there’s not anything significant at stake, your reader's attention will wander.

As for being able to create friction simply by rubbing two sentences together, that’s a skill, like starting fire with a bow drill, that can take a lifetime to truly master. But consider the following opening sentences:

The night Robin Ross was dying in the hospital, I was waiting for a man to come pick me up—a man she had once dated, months before I began dating him—and he was late and I was wondering whether his going to see her with me was even wise. Perhaps I should go alone.

They fanned out in the brown grass along Highway 2 like geese in a loose V, eight men in white coveralls and orange vests picking up trash. In the center, in the hump between lanes, Wade McAdam found himself explaining futures trading to a drug dealer named Ricky.

—Jess Walter, “The Wolf and the Wild”

This is a story about being lost in the woods.

This guy Soap is at a party out in the suburbs.

In the first example, Moore establishes a complex situation with a complex sentence that is, nevertheless, pretty clear, and follows it up with a simple one. And in the course of just these two sentence, boom: we’ve got character (someone who speaks in run-on sentences and second-guesses herself), a sticky situation (a person dating her friend’s former lover), and stakes (an impending death).

In the second example, Walter demonstrates control by creating a clear image—the men in white coveralls fanned out along the highway—then locating and clearly identifying our protagonist (Wade McAdam) within this scene. He also establishes stakes via trouble in the past (the fact that these guys are in jail) and offers the promise of humor (explaining day trading to a drug dealer). That too is a whole lot to accomplish in just two sentences. We can feel the friction right away.

And in the third example, consider the fact that Link’s story is, in fact (spoiler alert), about a guy who kidnaps the host's little brother from his bedroom at this party. That’s one hell of a plot to be hatching, but the author doesn’t come right out and show her hand. No. She simply hints that this story may not be about what it seems to be about. Because we all know that being “lost in the woods” never just means being lost in the woods, right?

So, what does it mean, in this case? And who is this guy named Soap? How did he get a name like that? And how did he wind up at this party in the suburbs—where, presumably, there are no woods?

The story that follows demonstrates masterful control over the reader’s expectations, and over the pace at which information is revealed. Link’s opening reflects on what's to come without revealing too much of it, shining a sort of fairy tale will-o-the-wisp light on the dark page with her first sentence, then walking us, with the next, into a seemingly mundane setting: a party in the ’burbs.

Does it create friction? Hell yes, it creates friction. And fiction with friction is the kind that gives way to flame. At which point, nothing will do but for the reader to sit back and watch it burn, all the way down to the ground.

Excellent column. This is the kind of thing that brought me on to Litreactor. Thank you!

Susan DeFreitas from Portland, OR is reading Your Heart Is a Muscle the Size of Your Fist by Sunil Yapa June 10, 2014 - 1:15pm

Happy to hear you found it useful! =) 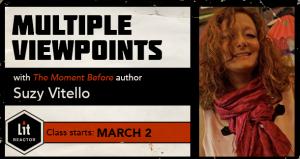