Post-Apocelliptical: The New Old Face of the Post-Apocalypse 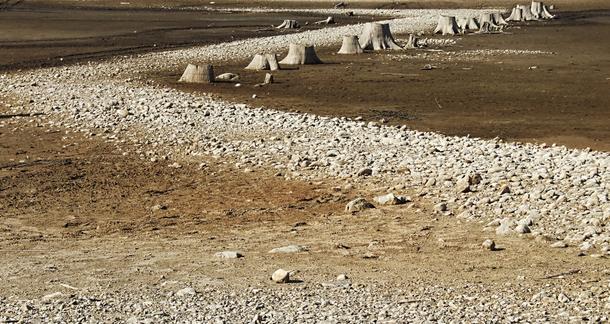 I’ve always loved post-apocalyptic fiction, which is probably why my first novel ended up squarely in the genre. And while I grew up with tales of irradiated wastelands, post-apocalyptic stories these days tend to stick to more familiar topics like pandemics and zombies. My own novel, Falling Sky, uses disease as a catalyst. It makes sense — diseases, pandemics scare us. They are a present threat whereas nuclear war, well, it’s a lot further down the list. When Falling Sky came out, Ebola was all over the news. Nuclear weapons get a lot less coverage, unless we’re worried about them in Iran. When it comes to post-apocalyptic stories, our fears often play out in our fiction.

Mad Max: Fury Road changed those assumptions. Could we be on the verge of a resurgence of the "old" post-apocalyptic worlds? Fury Road revisited the post-nuclear Australian wasteland of the older Mad Max movies to great success. Due out at the end of this year is Fallout 4, a video game series taking place in a post-nuclear landscape that was itself inspired by the world of Mad Max. Have we come back around again to these kinds of worlds?  Has our orbit brought us back to the beginning?

Clearly there's a nostalgia factor in play. Mad Max was a return to a beloved franchise and Fallout is the same. I grew up with both of those properties and so returning to those familiar worlds is something that appeals to me. Still, there’s something more to it. These worlds might not spring from our present fears, but they are still dangerous, they still contain seeds of adventure and conflict and tension. We can still understand the struggle for resources, the hostile environment, the threat of human nature gone awry.

I wonder if post-nuclear apocalypses have become something akin to the Western, a world that might not be technically familiar but to which we can still relate. Close enough to push our buttons, but far enough away not to poke our existential fear. And maybe, as in the case with Fury Road and Fallout 4, this allows them to be more fun. I love the The Walking Dead, I loved Cormac McCarthy’s The Road, but those are bleak visions. Fun, well, maybe this is the way to bring fun back into the post-apocalyptic landscape.

The wasteland aspect is important, but the remnants of civilization help to keep us conscious of what exactly was left behind.

What would I like to see in further returns to this beloved subgenre? Why, the tropes of the subgenre, of course. Below are five of them that are essential.

Radiation is one of the defining elements of the post-nuclear apocalypse. Radiation kills off vegetation and makes certain areas dangerous to explore. And the environment is often already desolate, so radiation makes it even more deadly. Anyone who has played Fallout 3 or New Vegas knows that you have to be careful in the game when you travel through irradiated areas or eat or drink irradiated food and water. Take too much and you’re looking at damage and disease. Even if you survive, there are often long lasting consequences, and never forget that it can lead to…

No, I’m not talking about the X-Men. I’m talking about strange, often grotesque transformations of animals and plants due to radiation. Of course mutants don't have to be a part of every post-nuclear apocalypse, but they certainly make the subgenre fun. The Fallout games have Super Mutants, of course, as well as ghouls and mutated beasts that range from radroaches and mole rats to Deathclaws.

Mad Max's mutants are more subtle, like the two-headed lizard at the beginning of the film and perhaps some of the birth defects seen in people like Corpus Colossus (one of Immortan Joe’s sons).

Mutants raise the stakes of the post-nuclear environment and tilt the subgenre into the weird. And the weird is where this all works best.

(Would this happen in real life? Almost certainly not. But as a trope in the post-nuclear apocalypse, it works.)

Living in the post-apocalypse is hard — people need something to believe in. Sometimes, like in A Canticle for Liebowitz, this is a religion that we’re familiar with, one that’s survived the nuclear apocalypse. But more often, and perhaps more interestingly, this is something more warped and weird.

Fury Road has this with the War Boys, Immortan Joe's crazed army. Fallout 3 has a couple factions that worship radiation or “The Glow”. In Fallout: New Vegas, there’s a whole faction that acts like the Romans under Caesar.

How about a group of survivors who worship the statue of Rocky in Philadelphia? Sure. What about a coterie that believe that the dropping of the nukes was really the falling of angels? Why not? Can we throw in crazies who follow old Greek Mythology or the religion of the Mayans or revive the ways of the ancient Druids? No problem. The weirder, the better.

A good post-apocalyptic tale wouldn't be as exciting if we didn't see the remnants of our society to remind us that we once existed, even if (or especially if) that was a long time ago.

Planet of the Apes famously used the Statue of Liberty to great effect, but reminders don't always have to be that big. Fury Road used lots of small details and of course had the cars. Fallout 3 featured a demolished Washington D. C. complete with collapsed Metro Tunnels and defiled monuments.

The wasteland aspect is important, but the remnants of civilization help to keep us conscious of what exactly was left behind.

An apocalypse wouldn’t be an apocalypse without multiple scarcities. Water is usually a good one (illustrated perfectly in Fury Road). Food can be another (especially when a lot of your food is irradiated). Energy is usually right out unless there’s batteries or solar power (a cheat I used in my book). Then there’s bullets and guns which tend to be a problem in the post-apocalypse. These can be addressed, of course (I liked the reference in Fury Road to the Bullet Farm and Gastown) but the lack of resources should be felt.

How do you feel about this little revival of the post-nuclear apocalypse? Would you be interested in seeing more stories in this sub-genre? What elements would you like to see? Let me know in the comments.

Why 'Fury Road' Is The Best-Written Movie of...Ever!

Personally for me, best post-apocalyptic story - Mad Max, especially last movie with Tom Hardy. This gasoline cars, madness with guitaris in front of loudspeakers. It was really gorgeous. I were so inspirated, that wrote own fanfiction on this topic, and on my website - essay writers, you can familiarize yourself with the novel.