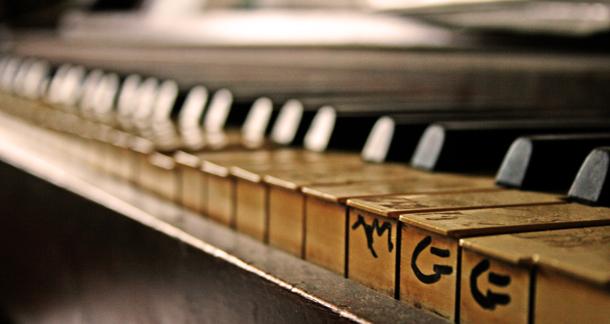 Two years ago, I finished the first draft of my manuscript. It was a glorious moment when I typed “THE END”. Then I set it aside to work on other projects, rejoin the living, as we writers do. When I came back to it, though, I grew more annoyed with each revision pass. This wasn’t the story I wanted to tell; some residue was still lodged in my brain, waiting to be scraped out and mixed into the words on the page. But more obnoxious still was that, try as I might, I couldn’t mold the story into what it should be.

So I pushed the manuscript aside, asked it to give me some space and time. It shot me dirty looks from across the desktop as I worked on more compliant stories. My manuscript became that naughty child that’s grown up and run off because you were young and didn’t know what you were doing when you raised it.

And like that wayward child, it's never far from my thoughts. There's still a story in my mind, and it's getting hard to work on anything else. It's time to fix the manuscript.

I know what I did wrong the first time, and am determined not to make the same mistakes as I flex my knuckles over the keyboard, stare down that poor draft...and close the damn document.

The mind wanders, doubt sets in, and suddenly you have a gay Mongolian Republican character snorting coke off a dolphin’s forehead.

John Cleese told me to do it. In a lecture on creativity he gave in 2012, Cleese talks about the value of the rewrite. After losing a Monty Python sketch, he was forced to rewrite the whole thing under a tight deadline. He later found the original, and was shocked to see that the hastily done rewrite was better. Why? Cleese’s theory is that his unconscious mind was working on perfecting the sketch, even when he wasn’t. Starting over gave his mind the time to come up with the best sketch possible.

Maybe my mind has worked out the story by now. I know I was in my head when I wrote the original manuscript. In keeping with the spirit of Cleese, I’m writing this under pressure. And while I'm at it, I’m going to change some of the things I did wrong the first time around.

I researched on the fly while working on my original manuscript. And there was a fair amount of research that went into it; I like to get the details right, especially when I’m working with real world locations and historical events like I am with this project. That meant routinely stopping the story mid-flow to spend hours researching Roman gladiatorial games, Bentley automobiles, or bicycling routes in Paris.

That stops here. Thankfully, I’ve already done a lot of the research. New research is going to happen during dedicated research time; I am going to become comfortable with inserting brackets into my manuscript and filling in details for accuracy later. The story is King.

I get hung up on getting things right the first time, down to word level. It’s not unheard-of for me to spend fifteen minutes perfecting a single sentence, or choosing the optimal word to describe the transient delicacy of a cobweb. I’ll go back to a sentence five minutes after it’s written and start hacking away at it like an Orange County housewife going back for “just one more” nose job. And so I’ve lost some pretty amazing plot lines and dialogue ideas because I took myself out of the consciousness stream and started wading through the revision bog.

Like research, editing is going to happen during scheduled revision times. The story is King (noticing a pattern?).

This is something I did do right, at first. When I began the manuscript I was working a 9-5 corporate job, and carved out time to write after work and on weekends. That time was precious, and never squandered. Once I quit working full-time and had damn near 24 hours a day to write, my discipline took a nose dive. I’d put off writing, or start and then stop after 30 minutes because I was distracted by my dog, by the TV, by the neighbor, by yard work, by Twitter, by the need to bake cupcakes. Because I had all the time in the world to write, I didn’t take that time as seriously as when it came at a premium.

Other bad habits crept in, as well: I started sitting in a recliner or on the couch, rather than at my desk. I allowed phone calls and emails to pull me out of working. I started giving myself little breaks with each new cup of coffee—this is dangerous when you drink a lot of coffee, and have a super-automatic espresso machine that dispenses with the press of a button. Instead of breaking every 2 hours, I was breaking every 30 minutes. And was wired out of my mind.

So I’m reinstituting “writing time” and taking it seriously. Every day. Baby steps, maybe 2 hours a day where I sit down and write just like I’m reporting to a job. No leaving early, and for the love of God, no puttering around on the internet.

Early on, I had a massive writing playlist on iTunes and wrote specific, awesome passages inspired by certain songs. I even started logging the music I was listening to using the comments feature in my WP. At some point, I got a little too distracted, my playlist got a little too familiar, and I stopped writing with music completely.

This was a mistake, because music has always had a positive influence on my artistic pursuits. I’ve written some of my favorite short fiction to the ethereal lull of Chopin and Debussy's nocturnes. The Doors' "Break on Through" was magic for getting into a fight scene. Hell, I wrote a tear-jerker of a breakup after listening to about 2 hours of Coldplay. And I was listening to Muse's HAARP album when I wrote the scene that made me realize my short story had become a manuscript.

I had no great plans to write a novel. Really I was just coming back to a short story that had begun in high school, and the flicker of an idea that never quite guttered out. That first session, I sat down and purged what was in my head with no thoughts of where it was going. Those opening pages were probably the strongest of the entire manuscript.

Once it became clear that I was looking down the barrel of a book, doubt began to set in. How the hell did I have the audacity to write a manuscript? How was it going to end? How was I going to get to the end? Who was my target audience? What tropes was I using, and how could I best avoid those? How much sex would keep it safely out of YA classification? Was I including enough other cultures and lifestyles?

See, I wasn’t thinking about the story any more. I was thinking about what the story should be rather than what it was. Writer brain had become marketing brain. And it’s clear, at least to me, where that kicked in. I can circle in red ink those scenes where I felt the need to add some character, or event, or dialogue, meant to satisfy some neurotic left-brain tic.

I admit, this last pitfall is probably going to be the most difficult to avoid. The mind wanders, doubt sets in, and suddenly you have a gay Mongolian Republican character snorting coke off a dolphin’s forehead. Or you throw in a teenager with cancer.

The point is, I can make time to write. I can go unplugged, stop drinking so much coffee, and put off revising and researching. The reason I’m doing the rewrite isn’t to make a saleable book; it’s because this damn story in my head won’t let me sleep at night. So it’ll come, if properly nurtured. And oh, it's going to be so much better.

Storyville: The Horror of Editing and Revision

I liked your post. Good stuff. I like the way you think. I think of all kinds of ways to manipulate my emtions....   I dont want to sound like a creep. BUT I LOVE ME SOME EMOTIONS

Writing the first draft is fun. Rewriting is a lot more work. The story really should come first. I get worried that if I stir the pot to much, I'll ruin the soup. It seems like I could spend an eternity changing and fixing it all. Rewriting an entire manuscript can be overwhelming, sometimes I think it might be easier to go back after each chapter. I never do that though, it just doesn't feel right to stop the flow of the original draft.