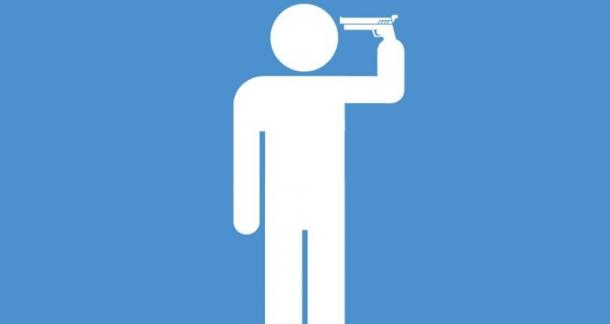 This is a column about something we've all experienced, which is KNOWING a great book is out there but wondering if it's ever going to be in here [gestures at brain].

And it's also about the best poop story I've ever heard.

My mother always told me to lead with a poop story whenever possible. My mother's weird, but I respect her. Which is why I'll follow her advice, die alone, and lead with the poop portion of this story.

It was Wordstock in Portland, OR, November 2007. I was there to see Tom Spanbauer (who I stood nearby at a urinal before we officially met, kicking off the day's excitement). Monica Drake was there too, and I humiliated myself by giving her a hand-drawn missing rubber chicken poster, sort of a Clown Girl fanfic project gone wrong. She seemed (rightfully) lukewarm on the whole thing.

And Paul Neilan was there.

Paul Neilan is the author of Apathy and Other Small Victories, one of the rare books I'd call a truly funny novel. When I say funny novels are rare, it's because I don't think the books people call "clever" or "witty" are all that funny. I liked Confederacy of Dunces, but damn if that's not a safe answer for book snobs when asked about funny books.

Apathy And Other Small Victories is straight-up funny. The narrator is brutal on his assessment of the world, but on the plus, he's pretty hard on himself as well:

They didn’t know that I didn’t know anything, and I was hoping to use that to my advantage. The only thing I had going for me was my ignorance. This was the story of my life.

George R.R. Martin can have a gyro spindle installed in his home, burn every stitch of clothing he owns and never leave if that's what makes him happy, and the same goes for any other author.

I loved Apathy and Other Small Victories, so when Paul Neilan stepped on stage to read at Wordstock, I sat down and listened.

Paul gave the funniest reading I've ever heard. Bar none. No contest.

He read an excerpt from something he was working on. In brief, the narrator talked about crapping his pants. He crapped himself at camp and had underwear full of his own excrement that needed to be disposed of discreetly so as to avoid an entire summer of mockery. Using terrible, desperate logic, he sealed them in a plastic bag, put them in a manila envelope and sent the package home to his parents, his parents' address being the only one he knew.

I laughed like a madman through the whole thing. Others were laughing pretty hard too. Paul's reading was gross and funny and charming, and it felt like we were all witnessing a real moment. We were all seeing something very different, very unusual for a literary festival. It was a moment when you find your people. The people who can sit in a room full of wonderful, lauded literary authors, and in the midst of all this, they can laugh at a poop story.

I couldn't wait for Paul's next book. If it contained ONLY this story and the rest was a reprint of Paul's bowling scores, I'd still be satisfied.

I couldn't wait for Paul's next book. But then I did.

...thanks to everybody who wrote email or left comments here saying how disappointed you were in me that I wasn't putting up anything new. Imagine feeling that way every day for thirty years and you'll have some small idea of what it's like to be my parents. God help them.

This entry is from Paul's blog, which was on and off through 2008. And then it stopped. It still exists, but no new action since 2008.

Paul's poop story has never been published, online or otherwise. To my knowledge, that one Wordstock reading was the only opportunity I had to hear it.

Don't get me wrong, this isn't a "Where the hell is Paul Neilan?" column. He seems to still be alive. I don't think he owes the world anything.

What this is, it's a lament. Because I KNOW that Paul Neilan's book exists. Some of it is written already. The rest of it is in his head. He's got ideas, and he's got the chops.

Check out these blog entries:

On Buying His Book:

Buy it for a friend of yours that you don't really like and say "The dentist guy really reminded me of you." Or Mobo, or the deaf girl. You can use any character and it will still be mean. Everyone in this book is a mess, and your friend will never know if you were being serious. It's passive aggressive and fun.

After sleeping on my friend's couch for a few weeks I finally found a place in San Francisco, and I had to buy some chairs so I went to the Office Max down the street. I worked in an Office Max back in Jersey one summer. My favorite memory is of the time my boss asked me to take a floor model desk set out behind the dumpster and break it into pieces with a hammer. There was some minor flaw in the wood and it couldn't be sold. When I asked him why I had to destroy it he said "So no one else can have it." It was one of those sad and important life lessons that stays with you even though you don't want it to. I left the store without buying anything—not because of my conscience really, it was more that the dude behind the counter was prohibitively ugly and I didn't feel like waiting in line—but then a few days later I found two chairs on a street corner for free. If there's a moral in the story I have no idea what it is, but at least I don't have to sit on the floor anymore.

No, this column isn't about what happened to Paul Neilan or what he owes anyone. It's about the frustration readers know.

There's a great book out there, somewhere. Maybe half-formed. Maybe finished. And you may never get to read it.

Paul Neilan and his fans aren't the only ones in this boat. The LitReactor world crosses over with tons of authors who have books the world is waiting for. Craig Clevenger's Saint Heretic/Mother Howl has been on the cusp of release for...like forever. This photo was tweeted with the caption "Finished" in September 2013: 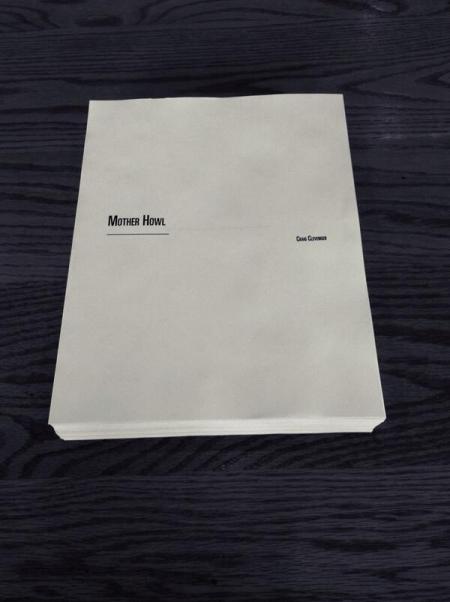 Will Christopher Baer's Godspeed has existed as a stub on Amazon for almost a decade. It's still there! Baer's web site has vanished, but Amazon stubs are eternal!

Let's be clear about one thing: This is not a fan's demand that Paul Neilan write and/or publish a book. Nor am I demanding that Craig Clevenger or Will Christopher Baer do anything. At all. I'm not one of these people who think George R.R. Martin needs to get to work. He can spend the rest of his days doing whatever he wants, far as I'm concerned. He can have a gyro spindle installed in his home, burn every stitch of clothing he owns and never leave if that's what makes him happy, and the same goes for any other author.

What this column is, what I'm doing here is expressing a fear.

I have this irrational fear. I have this fear that all my favorite stuff will happen after I'm dead. That right now, there's a couple kids who got guitars for Christmas, and they will be my absolute favorite band. Only problem, they start making music after I've been in the ground for a decade. I fear that a great movie will come out, and it'll be perfectly suited to me in every way. Except for the fact that it came out the Friday after I die.

Life is short, and that fact is cruel, and damn it, I just really wish that the things I'd love would have the cosmic sense of decorum to bring themselves into existence before I'm dead.

Life is short and cruel, and I could definitely use a Paul Neilan poop story to get me through.