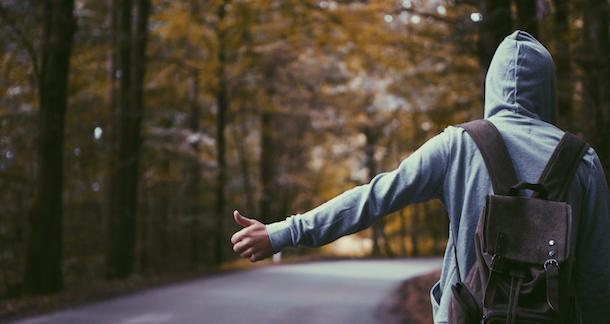 All that hustle is exhausting, and it tends to disguise a disturbing fact: reading and writing itself is in decline, and it has been for quite some time. That's part of why the book world is so competitive; since 1978, the number of Americans who don't read books has nearly tripled.

1. Rave about your reading

If you love a book, why keep it to yourself? Tell your friend over coffee. Tell your buddies at work. Hell, tell that rando on the bus who keeps asking what's so funny.

Speak it. Preach it. Proselytize. Books are sold by word of mouth, and for that to work, you've got to talk.

Reviews by ordinary people are an essential mechanism for selling almost anything on the Web, and that's true nowhere  as much as it is with books. So if you love something you've read, why not share your love in a paragraph or two of punchy prose? In articulating exactly why you loved it, you'll be doing yourself a favor (not to mention the author and the reading public at large).

Extra points if you read the book within the first few months of its launch, thereby helping to build some buzz.

3. Get with this whole social media thing

We understand that you're a reclusive genius. But while you're wrapped up in your reclusion, a poorly punctuated political meme might be the most intelligent thing the people you went to high school with see all day.

Share a great article, essay, short story, or even a poem. Share that review of the latest, greatest book you read. Call bullshit on the shoddy logic behind the latest NYT op-ed. Whatever you do, engage. More people are paying attention than you know.

The essay is the language of democracy, of persuasion, of strongly held opinions articulated in clear language, backed up facts or experience or both. It's a means by which ordinary citizens can talk back to the culture at large.

It's also a form well suited to those gaps we strive to fill each day by fiddling with our phones, while offering significantly more food for thought than the latest roundup of silly GIFs.

Don't just simmer on the latest outrage, or the thing that seems strange no one is talking about. Write an essay, and get it published somewhere where people will read it, whether or not it adds a prestigious byline to your bio. Rinse and repeat.

If you have kids of your own, you're no doubt deep in the project of indoctrinating them into the ranks of book addicts already.

But if you don't have kids of your own, you can still mentor young bookworms in your extended family. Or volunteer to read to kids in your neighborhood through an afterschool program.

Regardless of your approach, engaging with kids is key, as the future of book culture rests on new recruits. And, let's face it—there's no time in life that a book can have a bigger effect on you than when you're a kid.

6. Give someone else a hand up

The hustle is about trying to get someone with greater authority than you to give you a hand. A big part of literary citizenship is about offering a hand to someone with less.

Too often in life, we focus on what we don't have or what we haven't done yet, focusing on the next milestone almost as soon as we've reached the one we're at. You may not even recognize how far you've come until you stop for a moment and extend yourself to someone who's working toward their first publication or maybe trying to finish their first draft of their first book.

While you might not be able to offer that person what they're looking for, chances are good that your advice, validation, and encouragement will be just as valuable in the long run.

Remember, you're not risking anything by associating with less accomplished writers. This isn't high school. (And if you don't think there's anyone below you on this totem pole, think again.)

There's a time in your life to spend the day in your local bookstore reading as many literary journals as you can before submitting. But if you're at the point where you actually get your oil changed every three thousand miles or so, it's time to grow up and get a subscription.

Because part of being a grown up is knowing what you actually like, isn't it?

So much of the conversation about books isn't taking place in the newspapers (what are those?) and on TV (books on TV?). They're taking place via podcasts like Between the Covers and LitUp and Late Night Library.

Pick one and add it to your life—on your commute, during your morning jog, or even in the shower. I guarantee your life will be richer for it.

Love a book? Give it as a present. Birthdays, Xmas, anniversaries, life transitions, whatever. The right scarf never changed anyone's life.

Also cross-marketing. Have skills in another area besides writing along with poetry and prose? You could write interesting impress power points where you talk about your skillsets in one area, and then at the end promote your novel or poetry book.

For example, as someone who seeks to write middle grade, I also plan to cross market by helping kids who read the same genre, learn how to improve their own lives directly by learning basic programming in Ruby.