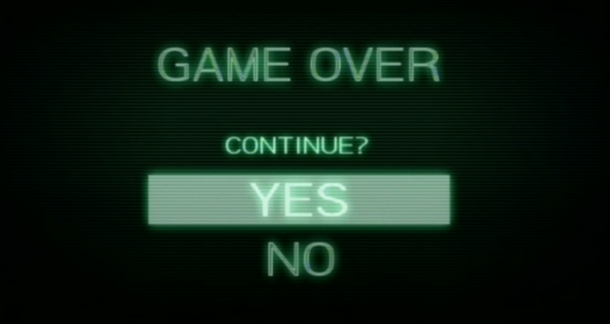 This is the last installment of Path to Publication. I just got the news that my publisher, Exhibit A Books, is shutting down. So my two book deal has just been downgraded to a zero book deal.

This was my debut novel, scheduled to be released a short six months from now. Collecting rejections is one thing—signing your contract and getting this close to the thing you've been working your entire life toward, only to get it snatched away from you, is quite another.

I'm not sure when this will run, but I want to rip the bandage off, get it over with, so I'm writing this two hours after learning the news, and I'm still in a fog. Waiting for the full weight to hit me. It hasn't yet. I expect when it does, it won't be pretty.

And right now, as I'm writing this, it's too early for the bars to be open, which is either a good thing or a bad thing. I can't even tell.

I can say this: Over the past few months there has been a huge outpouring of support and enthusiasm, from people I know and from complete strangers, who were excited to read something that I wrote. That's a feeling I wouldn't give back, and I am so, so thankful for the kind words and the love that this deal produced.

Tapping into that feeling is the only thing keeping me on my feet right now. Truly.

So, thank you, to everyone who reached out, and said something nice, and pre-ordered the book. Right now my agent and I are considering our next steps, and I hope that one day y'all get to read New Yorked.

I plan to put my head down and keep working and right now it's pretty fucking dark, but again, with the love and support I got, I've no doubt I'll be back out in the light soon.

Thank you for reading, and thanks to LitReactor for letting me write this column. And my heart goes out to all the great authors who find themselves in the same boat today because of this.

I sympathize completely, although my experience was slightly different: I had an agent express a great deal of enthusiasm for my YA book, work with me over the course of several months to improve the manuscript, then, after polishing the thing to her specifications, turn me down as a client with no real explanation. I was so floored, I didn't write a thing for six months.

I guess my lesson to share is that I eventually bounced back, because I'm too stupid to quit, and I found a different kind of success with the novel -- different, but still vert satisfying -- and I'm betting your as obsessive about the craft as I am and will also rebound. Might take several weeks and several beers...

That seriously blows mate, I have no idea how I'd react to something like that to be honest. So all I can say is chin up, you've gotten to a place me and a hell of a lot of others out there will ever likely get to. So don't beat youself up too much, it's out of your control.

Joshua Chaplinsky from New York is reading a lot more during the quarantine June 20, 2014 - 8:09am

Sorry to hear the news.  I'm sure the wounds will heal in time and you'll succeed somewhere else.  I'm sure I'm not alone in thinking this shouldn't be the last installment of this series, as we will all be interested to see how you navigate the storm. You've still got the books in you, the path just changed.

Honestly, it might be better this way than if the first book had just come out. I was talking to a writer one day whose first book publisher went out of business. He was sort of in the dark about what was going to happen at that point, and if people were even able to get books.

Sorry to hear that, Rob! Drown your sorrows a bit and then bounce the fuck back harder than ever - we're all pulling for you!!

I'll definitely check it out, whether that's self-pub or through a traditional deal.

I'm sorry, Rob. I'm still rooting for you. This is a temporary set back. You are awesome and have an amazing agent backing you, so I believe you will find a new home for your book very soon.

Dwayne from Cincinnati, Ohio (suburbs) is reading books that rotate to often to keep this updated June 22, 2014 - 11:43am

If you are the kind of person who needs someone to rebel against and prove wrong I can tell you that I don't think you can.  Otherwise I hope things pick up man.

That stinks about your book deal.  Hang in there!

That's seriously rough news; sorry to hear about that. Nobody can take away from you that you've written that book though. Consider your next steps and keep going and sooner or later it should find a new home.

Chin up pet. You'll get another deal.

I'm a bit late to this news, so sorry about the delayed reply. All I can do is echo the sentiments expressed above, and say "keep on keeping on." As you say, getting a rejection isn't the same as this setback, but the "next step" is still the same: regroup, and try again.

I'm rooting for you, Rob.