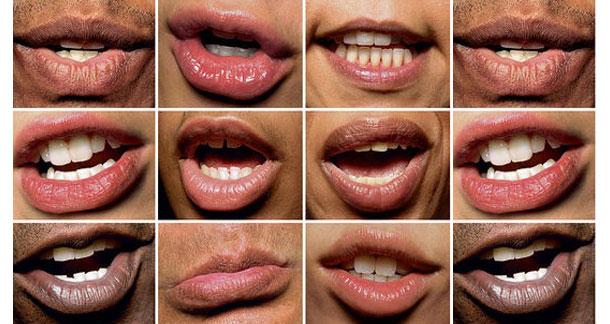 One area of reoccurring obsession for writers — and the source of a lot of accompanying anxiety— is the issue of voice. A quick Google search shows it’s one of the most discussed craft-related topics on the Web, with a deluge of self-help articles and online workshops promising  (“in ten easy steps!”) to help writers develop their own unique style and tone.

Okay, the attention is understandable. The beginning writer is self-conscious enough about how his/her writing stacks up with others; you’re at another level entirely when you begin creating work that deliberately showcases you on the page. But the problem with our current conversation on voice is we often forget it’s a natural process that can’t be taught in a classroom. While voice is an important component of the writing process, I’d argue it’s a topic responsible for a lot of unnecessary fretting. Voice is something all writers will find on their own eventually — it just takes a lot of searching.

In its most general sense, voice refers to the methods a writer uses to tell a story. Voice is the writer’s chosen manipulation of diction and syntax, but it's also his/her preferred subject matter and narrative strategy. Taken together, we refer to these conscientious artistic decisions as a “voice” because the work reveals an ontology that is ultimately the unique expression of a writer’s personality and worldview. There’s another reason voice gets such high billing in discussions on writing craft: it’s responsible for one of the strongest bonds a writer can have with his/her audience. Think about some of your favorite books. I guarantee that, regardless of how unique the characters or riveting the plot or unexpected the ending, one of the key reasons a story snags you is because its voice is so powerful it makes you forget you’re reading a story at all; you’ve temporarily been transported from someone who was witnessing events on a page to someone who’s a participant in the action. The stronger the voice, the more likely that "spell" will occur.

Voice is going to do one of two things in writing: it’s going to reveal the persona of the writer or the persona of the narrator used to tell the story. Sometimes it does both. Whatever voice you choose to tell your story — and there are many — your authorial strategy should depend on what kind of story you want to tell and ultimately, what sort of writer you want to be. And regardless of what some fly-by-night writing program tells you, there’s no “silver bullet” solution for finding these answers aside from committing yourself to two lifelong endeavors: reading everything you can, and writing every day.

When you’re dead, they really fix you up. I hope to hell when I do die somebody has sense enough to just dump me in the river or something. Anything except sticking me in a goddamn cemetery. People coming and putting a bunch of flowers on your stomach on Sunday, and all that crap. Who wants flowers when you’re dead? Nobody.

— JD Salinger, Catcher in the Rye

For the sake of argument, I’ll say there are three “rules” any good voice in writing must abide: it needs to be authentic, it needs to be consistent, and it needs to exemplify and aid the overarching intent of the work. Some voices are more intrusive than others: some simply observe what’s taking place, while others offer unflinchingly honest commentary on it. The Salinger quote is an example of an uncommonly informal, conversational voice. It’s alluring because it offers access to a viewpoint we’ve never heard before. Moreover, Holden Caulfield’s personality is always on point in the story; every opinion and admittance, no matter how outlandish, is wholly consistent with something only Caulfield would say, and the story never compromises that position.

Even in that tiny shack, leaning so close to the fire you could smell the heat in her dress, her eyes did not pick up a flicker of light. They were like two wells into which he had trouble gazing. Even punched out they needed to be covered, lidded, marked with some sign to warn folks of what that emptiness held.

Morrison’s lyrical style allows her to deconstruct familiar, everyday objects and events into compelling new expressions. If there’s a voice “lesson” that can be learned here it’s the notion that an author’s written voice can be influenced greatly by their spoken voice. Instead of copying how other writers describe things, try listening to the way you speak every once in a while and see what quirks and proclivities your own personality could add to a story. Once you begin finding a place for those proclivities in descriptive passages, try to write about a subject to which you feel you are an authority: your family, your neighborhood, your town. You’ve been making personal observations about the world your entire life. Try putting them on the page and see what happens.

He thought the world’s heart beat at some terrible cost and that the world’s pain and its beauty moved in a relationship of diverging equity and that in this headlong deficit the blood of multitudes might ultimately be exacted for the vision of a single flower.

— Cormac McCarthy, All the Pretty Horses

It deserves mention here: writers shouldn’t write to impress; we should write to connect with fellow minds. The repetitive beats and elegiac timbre of the above passage showcase McCarthy’s undeniable talents as a writer, but there’s an empathic energy behind the syntactical gymnastics — an unmistakable humanness — that reaches beyond the page. The most imitable voices in literature aren’t loved and shared simply because of what writers have done with the words, but because artists like McCarthy possess the ability to vocalize something we may have always thought but have never seen expressed in such enigmatic form. A hallmark of fine writing is the ability to take a shared, universal sentiment and seemingly trademark those expressions in ways that are uniquely them.

Of the not very many ways known of shedding one’s body, falling, falling, falling is the supreme method, but you have to select your sill or ledge very carefully so as not to hurt yourself or others. Jumping from a high bridge is not recommended even if you cannot swim, for wind and water abound in weird contingencies, and tragedy ought not to culminate in a record dive or a policeman’s promotion. If you rent a cell in the luminous waffle, room 1915 or 1959, in a tall business centre hotel browing the star dust, and pull up the window, and gently — not fall, not jump — but roll out as you should for air comfort, there is always the chance of knocking clean through into your own hell a pacific noctambulator walking his dog; in this respect a back room might be safer, especially if giving on the roof of an old tenacious normal house far below where a cat may be trusted to flash out of the way.

The above is a case where the voice — delivered by one utterly insane Charles Kinbote — leads the epitome of an unreliable narration. It’s not the kind of story that’s going to be embraced by everyone, but we all know a Nabokov story when we read one, and what works for Nabokov really works for Nabokov. The lesson is this: you’re different from everyone else. So too should be your voice. Ideally, the reader should see “you” coming through the page; every sentence should sound like you invented it. Some of us are so worried about following the “rules” of writing we sacrifice our inner voices in the process; we truncate phrases that are uniquely, beautifully us to gain lowest-common denominator acceptance. Instead of trying to make everyone happy, the writer should always ask him/herself: what kind of story do I want to tell, and how is my voice going to help me achieve my narrative goals?

I was standing outside myself trying to stop those hangings with ghost fingers ... I am a ghost wanting what every ghost wants-a body-after the Long Time moving through odorless alleys of space where no life is, only the colorless no smell of death ... Nobody can breath and smell it through pink convolutions of gristle laced with crystal snot, time shit and black blood filters of flesh.

Love him or hate him, I’ve always found the most valuable lesson in Burroughs’ writing is this: don’t censor yourself. If you’re worried about how to make your own voice come through, take Burroughs’ cue by experimenting and seeing where your writing takes you. Write from the gut, try new voices, try writing from the perspective of someone you know or anyone else you can think of: a politician, a lawyer, a prisoner. Try everything and see what works for you. Take chances. After spending some time in the trenches, something unique may emerge. More than anything, you may discover a voice isn’t something a writer manufactures insomuch as it’s something a writer discovers.

Great article and great examples of voice. I can't say reading this has reduced my anxiety though and maybe it has increased it just a bit. These writers are a tough act to follow, I feel inspired though.

This is the reason why I am taking a workshop evet at http://smartleesecreative.com/events/, as this one here is what I really need to improve as well as my confidence.