Out-of-Print Genre Books Are Expensive But Worth It 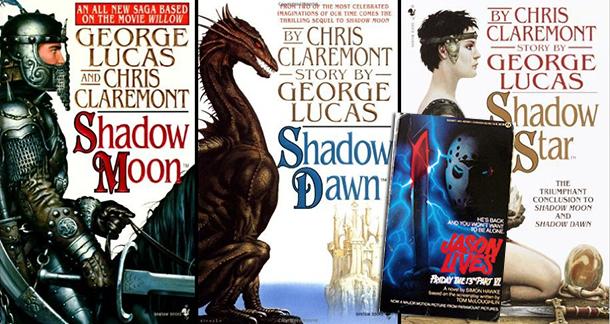 Sometimes books go out of print. This can be for a number of reasons. Perhaps sales were low at the time. Perhaps the company that originally published the book has gone out of business. Perhaps the author, for his or her own reasons, pulled the book from the shelves.

Especially when it comes to genre fans of the science fiction and fantasy variety, there are certain OOP books that have taken on a kind of mythic status. When that happens, the best place to go is that bastion of book lovers—Amazon. Yet when you get there, you might find that a used copy of the book costs more than it’s worth. And it sits there, mocking you.

So you go down the rabbit hole that is eBay. You delve into an auction, hoping you can finally get ahold of that random Star Trek novelization you remember from your childhood. It's possible the book has been reissued in recent years, by a different publishing company that has acquired the rights, but you’re a completist and want the original edition. You name your price, but some rando outbids you, and that musty old paperback that probably wouldn’t even survive the shipping has been snatched away yet again.

There’s always the possibility of finding a copy at the local library. But then it wouldn’t be yours to possess, now would it? And those books aren’t always in the best condition, as they’ve changed hands many times over the years and have been worn down with age. No one cared for it as their own. No one cradled it in the bosom of security that is your bookshelf, organized so meticulously and in an order only you understand.

So what well-loved cult books have been forgotten or forsaken by negligent publishers and protective authors? The first one to spring to mind isn’t one that would normally be considered great literature.

Simon Hawke’s novelization of Friday the 13th Part VI: Jason Lives has attained holy grail status for many fans of the infamous hockey-masked killer. Written to coincide with the 1986 slasher flick, it has the admirable reputation of actually being well-written and improving on the movie that is considered among many fans to be the best of the series. The book sold so well, in fact, that Hawke was allowed to go back and write novelizations for the first three movies, the third of which had already been adapted by Michael Avallone. Unfortunately in the last 30 years the book has faded away into obscurity, only to be found in brief excerpts on Friday the 13th fansites across the Internet. Perhaps if another Jason movie is ever made, once all the legal red tape is cut through, someone will realize there’s a nostalgic demand for this lost gem. 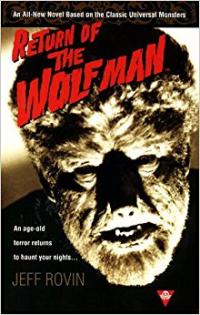 Another obscure and strangely forgotten book is Return of the Wolf Man, by Jeff Rovin, published in 1998. Known for, amongst other things, being a columnist for Famous Monsters of Filmland, writing How to Play video games books in the 1980s and 1990s, and such varied novelizations as Re-Animator and Mortal Kombat (and, unfortunately, recent scandals involving Bill and Hillary Clinton), almost two decades ago Rovin unleashed this new take on the Universal Monsters. An officially licensed book, it’s a direct sequel to Abbott and Costello Meet Frankenstein that begins in 1948, with that cast being murdered by Larry Talbot. The story then jumps ahead to the (then) present day. Dracula and Frankenstein’s Monster both make appearances, preempting Universal’s recent attempts at a new shared universe by a good number of years.

At the bottom of the barrel is the Chronicles of the Shadow War trilogy, which functions as a sequel to the movie Willow from 1988. Written by Chris Claremont, best known for his long tenure on the Uncanny X-Men comic book, the first book, Shadow Moon, was released in 1995. Its sequels, Shadow Dawn and Shadow Star, were released in 1996 and 2000, respectively. These books were brainstormed by George Lucas after Willow failed to hit big. They follow the character of Elora Danan, the baby from the movie, now a teenager, as she learns to be a queen. Unfortunately, much like the movie, the books never really caught on, and beyond being released in paperback 20 years ago they have disappeared into the ether.

Then there’s the case of Stephen King and his 1977 book Rage. The first book written under his Richard Bachman pseudonym, it was also collected with the four other Bachman books of the time period: The Long Walk, The Running Man and Road Work, in 1985. As it deals with a school shooting, it was unavoidable that in the years since its publication it would be brought up and compared to the incidents at Columbine in 1999 and, of course, Sandy Hook Elementary School in 2012. By 2007 in the forward for Blaze, a book King publicly wrote under the Bachman name ("Bachman" also wrote The Regulators in 1996, as a companion book to Stephen King's Desperation), he admitted that he had purposefully let the book fall out of print. After Sandy Hook, King wrote a non-fiction essay called “Guns” on why he let Rage go out of print, and also references the short story “Cain Rose Up” from 1985’s Skeleton Crew, as it also deals with a school shooting. All profits from “Guns” went to benefit the Brady Campaign to Prevent Gun Violence.

Then there are instances when a book has been altered from its original version and the original version becomes unavailable in the market, and King is the culprit here yet again. The first instance of this concerns his classic, The Stand. Originally released in 1978, King was forced to cut around 400 pages out of his original draft. In 1990, however, he went back and added in the missing text, but he also changed other aspects of the book. He updated the time period it was set in, which created discrepancies with exigent references, such as the gas crisis of the late ‘70s being mentioned as a present-day concern. Another major change was that the fate of the main villain, Randall Flagg, is left ambiguous with a new, extended ending. 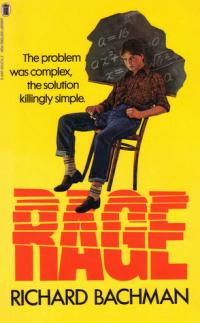 That’s because by the 1990s King had decided Randall Flagg was actually a macro-villain who had featured in several of his books, and was in fact the Man in Black that Roland chased in 1982’s The Gunslinger. So in 2003, right before the release of the last three books in the Dark Tower series, King released a new version of The Gunslinger that tweaked aspects of the original and included 35 extra pages of material. These include emphasis on the number 19, something that’s important to the entire series, and a new ambiguity on the fate of the Man in Black, considering he had already shown up in the third and fourth books, The Waste Lands and Wizard & Glass. Not unlike George Lucas and his Star Wars prequels, King’s magnum opus proved to be a work in progress where minor retcons created a ripple effect that spread backwards in time to the earlier books. This even affected the audio book. Whereas King himself had recorded an earlier version of the book, a new one was done with George Guidall, who narrated the last three books. This was also, in fact, a divergence from the second through fourth books that were read by Frank Muller, but he had been in a motorcycle accident and was unable to complete the rest of the series. Consequently, the Stephen King-read audio book version is hard to find.

Then there are books that were out of print for years but have miraculously been rescued from the void. A notable one is Aliens: The Colonial Marines Technical Manual. Originally released in 1995, it was a compilation of technical specs on the weaponry and ships seen in James Cameron’s Aliens. Written by Lee Brimmicombe-Wood, these specs were originally individually printed in Dark Horse’s Aliens magazine. Although many elements introduced in the book were later incorporated into media related to both the Aliens and Predator franchises, including the Alien vs. Predator comic books, novels and games, HarperPrism let the manual fade into obscurity. In 2012, however, likely to coincidence with the release of the Aliens: Colonial Marines video game and the movie Prometheus, the book was re-re-released by Titan Books. Titan had captured the Aliens IP from DH Press and has now published several titles related to the franchise.

So in the end some books do make a comeback. But others drift off into the abyss, remembered only by collectors and ravenous fans that cling to childhood memories. Perhaps if luck is on your side you may nab one off Amazon or eBay, but expect to dig deep into your pockets.