On the Value and Importance of Finding Your Writing "People" 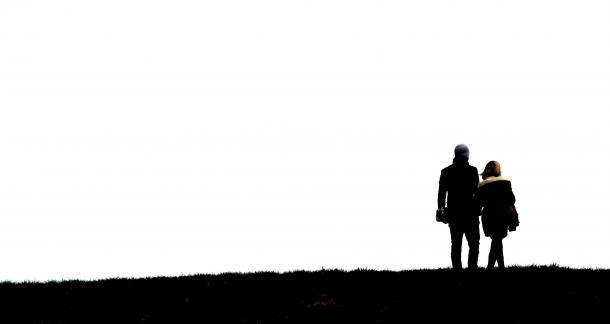 When I first got the confirmation, last summer, that I hadn’t made it into Pitch Wars, the huge writing competition to help unagented authors up their craft, I was completely dejected, thinking the whole endeavour had been a failure on my part.

Then I started getting more involved in the Facebook group that flourished out of the competition, and began to see all the other names and faces who hadn’t made it in, and began to understand that sometimes, you don’t have to be an official competition winner in order to come away with the prize.

Because the Facebook group that sprang from the contest is now one of my writing “tribes,” a place I found an excellent critique partner and through which I’ve gained online friends and received help on formulating query letters and pitches, as well as encouragement when the endless slew of rejections gets me down.

“The support system this group provides as well as the excitement we all show our fellow writers for each success — that's invaluable,” said Alexandria Sturtz, one of the writers in the group. “Plus, I met my writing wife through a question I asked in the group. It was a sensitive subject about negative racial tropes and I almost didn't ask it. But I did, and now I have the best critique partner in the world and we gush to each other at least three times a week.”

I used to think writing was a solitary career, since for the most part you work on your stories by yourself. The more immersed I get in this world, though, the more I’m seeing how communal it is.

I found my own critique partner, Jaime, through the group, and she’s been one of the most encouraging people on my writing journey. We still haven’t met in person and mostly communicate via email or Twitter messages, but her comments took the novel I’m querying to the absolute next level. I can honestly say it wouldn’t be half the book it is without her input.

Apart from the long-term relationships, though, the group is a great place to just hang out and chat about writerly things. One of our moderators, Morgan Hazelwood, posts question prompts every day of the week and opens up the space for members to share blog posts, chat about their works in progress (WIPs) or just gush about favorite reads.

Morgan ended up moderating the group right after it was formed, and admitted that, yeah, she probably spends a little too much time online. But that’s not necessarily all a bad thing.

“Knowing I'm not alone when I'm discouraged, and seeing people succeed while knowing how far they've come, encourages me,” Morgan said. “I would definitely encourage joining a group [like this].”

Recently, I was feeling really discouraged about my own writing journey. Way back when I started my first journalism internship, my incredible mentor Jenny told me the field was basically “hurry up and wait,” and I kind of laughed but mostly had no idea what she was talking about. Now I know: writing, be it trying to publish a novel or be a freelance essayist or work as a full-time journalist, is all about rushing to contact people, to polish the manuscript, to pitch an article…and then sitting back and biting your nails, waiting for a response. More often than not, that response comes in the form of a (nice as can be) rejection.

And it’s hard, and so very discouraging, especially if you’re trying to do it alone.

“The road to publication is a difficult and often times discouraging one,” according to Chris Egbunike, “so it’s wonderful to have like-minded aspirants give you that extra push and drive to carry on.”

When I was feeling down, I went into my writing group and asked for encouragement. And boy, did I get it! The members showed up for me, in a way I hope to show up for them when they need it.

I used to think writing was a solitary career, since for the most part you work on your stories by yourself. The more immersed I get in this world, though, the more I’m seeing how communal it is. There are support groups for women writers, for young adult writers, for writers of essays and writers who specialize in food or travel. And these groups are more than just a place to share your work and get those coveted extra views (although that is worthwhile).

It’s also about motivation: “Being a part of a writing group online has helped me stay focused and crank out words onto the page, even on those days I don’t ‘feel’ like writing,” Chris said. “Seeing another message or post from a writer who’s made progress, or won a contest, or just asking for some encouragement, serves as a daily reminder that I, myself, need to push aside the distractions and keep writing in order to achieve my goals.”

Finally, these writing groups are a great place to hone your craft. Posting your query letter for critiquing, or finding beta readers who can help improve your work are both great ways to put the community to use.

According to Zoe Blessing, the community is a great place to find readers because it’s filled with people who “get” writing, who really know the ins and outs of plot and syntax and what makes a story work:

This group will encourage you when you need it, but tell you when your writing sample isn't working. Family members are reasonably biased as well as, let's face it, unskilled in storytelling most of the time.

There’s tons of writing groups out there; not all of them are online, although I’ve found those ones are super helpful because there’s almost always someone available. But I’m sure you’ll be able to find a group that works for you, and if you just put yourself out there a little bit, you’ll find a community of other writers just waiting to embrace you.

And trust me, it’s totally worth the effort.

Do you have a group looking for other members? Are you a loner looking for a group? Shout out in the comments.