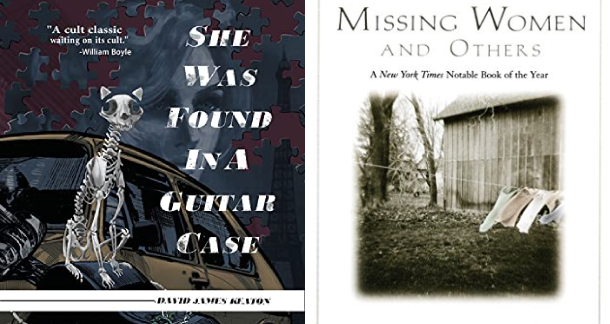 The first time I realized that "missing women" was both a phenomenon and a genre, I was in a creative writing workshop at Bowling Green State University run by June Spence, and I’d recently tracked down her collection Missing Women and Others. And as I read it, my brain started to run this montage (more like a gauntlet) of Court TV/truTV crime shows, true crime books, and Nancy Grace's patented brand of self-righteous hysteria, and I began to understand, even before the phrase "Missing White Girl Syndrome" was coined, that there was something mesmerizing about the prospect of all these prime-time missing women, and girls, who were typically white, beautiful, and undeserving of whatever horrors the viewer (or reader) could imagine.

Of course, Black kids were being kidnapped and killed at much higher rates back then, and still are, accounting for a full third of all missing children cases despite a 14% demographic. Which meant that the harrowing plight of children such as 7-year-old Erica Pratt, who chewed through the duct tape binding her wrists, kicked through a door, then broke a window to flag some bystanders and free herself from the basement where she was being held for ransom by her two captors, always seemed insanely underreported in the (wide-eyed, much whiter) face of the Caylee Anthonys or Elizabeth Smarts.

Marriage and a daughter meant that these stories of women were closer to becoming my own.

Also around this time, I was working a series of retail jobs, and whenever an "Amber" alert would come over the loudspeakers, people would crack jokes, "Welp, where the hell did Amber get off to now?" until the child and parent were reunited by the water fountain. It was already so easy to imagine these “Ambers” as the same person (or, according to a co-worker, an elusive species of bird), and, in our minds, identical to the parade of innocent (white) faces across the bottom of the screen of those manic crime shows, or featured in the “8 pages of (not so) shocking photos” at the center of the true crime paperbacks.

Despite always being compelled and haunted by these true crime stories and their depictions, I never thought to bring them into my own work, which had centered on stories closer to my own experience—stories of men, violence, jealousy, the usual pile of…stuff, mostly thinly disguised insecurities and petty grudges that I’m sometimes lucky to pass off as artistry. But marriage and a daughter meant that these stories of women were closer to becoming my own. I imagined what I would do if one of them turned up missing. And I quickly realized I would do the wrong thing. But even more recently, when I started noticing all the Gone Girls with Dragon Tattoos Kicking Hornets Nests on Trains that Fell from the Sky rearing their pretty heads on the fiction shelves, which coincided with the new faces around my house, which pushed those stories a bit closer to my own, I continued to imagine what I might do in such scenarios, and when I finally started thinking, "Hey, maybe I could do that!" (regarding creating such a book, not solving any crimes, of course), I’d already taken a crack at some of those Final Girls in the horror genre, without considering their implications, but I thought I could possibly combine the two genres and find something interesting to say? Maybe cast a net wide enough to indulge that borderline-creepy missing-girl rubbernecking, combined with the triumph of someone who chewed through the duct tape to finally take their spot on the podium.

But it turned out I couldn’t do either. And when I asked my wife to read early drafts of these attempts, I also realized that my failed attempt to project myself into the survivor’s role was matched in terribleness only by my eagerness to project myself into the victim’s role. So, at what seemed to be the height of a trend of missing girl stories, I found myself on the 2016 election pariah website FiveThirtyEight, where they’d published a notorious graph which revealed that if a fiction author was male, the titular “girl” on those bland but innocently evocative book covers was three times as likely to be dead before the final page. Still, for some reason, I thought I could thread that needle too! Maybe do sort of a Schrödinger's Missing Girl? Someone who would be both alive or dead in those pages, depending on the expectations or position a reader brought to the material, be it the rubbernecker (which is not the impossible reading position it sounds like!) or even a Lisbeth Salander, who was arguably conjured up by Stieg Larson to flip the expectations of who it really took to solve those missing girl cases on their heads, someone who would follow-up with a black boot to the teeth of such expectations while they were still on the ground. 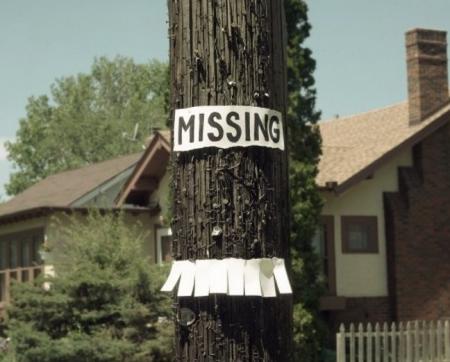 Of course, learning nothing from my previous attempts, this was all much harder than I thought. So I kind of ended up with two books. And in a very conscious swipe of that sardonic Gone Girl/I Care a Lot/To Die For narration, that tricky loophole where the darkest satires threaded their own needles of their wonderfully engaging nastiness, I tried writing a book from the POV of the missing girl herself, then I told the other half of the story from the POV of the asshole looking for her, which was, quite transparently, just all the dumb shit that I would have done if faced with such an impossible scenario. And at the risk of being like that kid from Kick-Ass who was told by the Promising Young Woman in the movie of the same name, “Your novel sounds terrible!” this half of the story ended up being a very cathartic exercise is exactly how I would react if someone had told me that a promising young woman in my life was dead. Meaning, I reacted badly.

Of course, the genre remains in good hands without my bumbling attempts to crack that case, with recent exercises and exorcisms such as All the Missing Girls, And She Was, And Now She’s Gone, She was Gone, and (probably my favorite title), Don’t Look for Me (good luck with that!). Not to mention the Twin Peaks revival, which is probably the “Missing Girl” story to end all missing girl stories, especially when it’s at its best and missing the story. So surrounded by the (mostly) well-meaning failures of the police and amateur sleuths of the true crime horrors I was reading, as well as closed-captioning memories of my former day job (don’t get me started on how many times a crime would seem on the verge of being solved and then I would end up typing “10 Years Later…” into the subtitles of the very next scene), I felt like the swirl of incompetence that surrounded such real-life cases was what “my” story would most closely resemble. Doing the right thing (on the page) was no longer a consideration.

So I settled for less of a recognizable thriller and more of a confession, finally amputating the missing girl’s POV altogether and concentrating on something that was more or less true, or at least 70%, depending on the statue of limitations, though I still have had no luck convincing friends or family that some of the stuff that happened within these pages is really fiction, and vice versa (which, I’m told, is the opposite of what you’d find in a healthy relationship), and that, when it comes to cracking the case, all the wrong moves might not be helpful, but they’re 100% reasonable, if not 100% relatable, once all hope of doing that right thing has finally been abandoned.

Get Missing Women and Others at Bookshop or Amazon